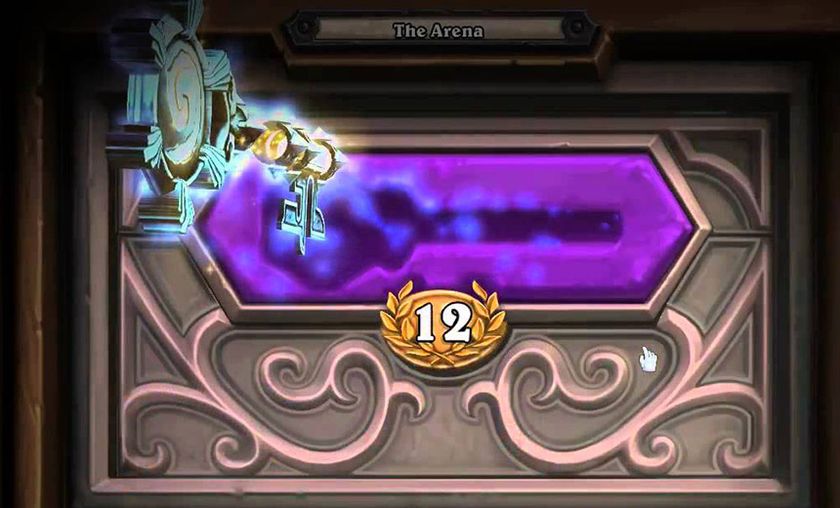 The 100in10 arena challenge is finally beaten

German player TwoBiers is the first one to accomplish what Arena masters all over the world have been trying for a long time.

When Jason “Amaz” Chan created the 100-in-10 challenge – or accomplishing 100 wins in 10 arena runs – it turned a new page for the Hearthstone Arena. The mode where players build decks from random cards and pit them against similarly constructed ones currently lacks both a ladder system and any form of competitive environment, so being given a goal to beat was a breath of fresh air.

The challenge was complicated by one rule stating that when you’re presented with the option of three classes, you have to choose among those you haven’t yet played in your run so far. This ended up a major hindrance to even the most skillful arena players, who would eventually stumble upon a notoriously weak arena class like Warrior.

Nonetheless, every big arena name gave it a try and many came close. Before the challenge was beaten, Rumei “Hafu” Wang held the highest record of 96, followed by Tempo Storm’s Johnnie “Ratsmah” Lee at 93. Challenge creator Amaz himself currently sits at the quite low 69, and so does respected arena specialist ADWCTA at 71.

All their attempts, however, were all overshadowed last night. With a record of 103-24, Tobias “TwoBiers” Graap is the first ever to beat the 100in10. The German’s run was in real danger after a 3-3 Druid run on the eighth queue, but he was fortunate to get repeat classes only in the last two runs and get Mage and Rogue, two of the strongest classes in arena. After a 12-1 on the mage and 10-3 on the Rogue, the challenge was done.

With 100in10 completed, arena players are left having to answer a good question: What do we compete for now?

Should they call it the "TwoBiers Challenge" now and try to beat 103?

"Hearthstone is not developing as an esport in Korea": GosuCup SEA #2 winner interviewed

Predicting the Standard: 10 class balance changes we would like to see