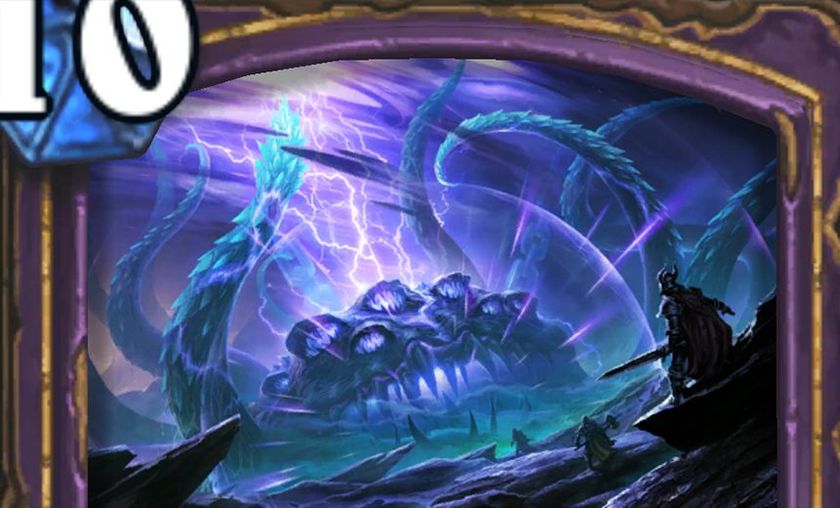 Board removal cards have always been the bread and butter of the Warlock class in Hearthstone. From mid-range wipes like [card]Hellfire[/card] and [card]Shadowflame[/card] to late-game ultimatums in [card]Twisting Nether[/card], Gul'dan has never had troubles killing stuff he doesn't like.

With the arrival of Whispers of the Old Gods, the dark magician is getting a new toy to play with. The second unconditional removal in Hearthstone is simply and appropriately named DOOM! For 10 mana, DOOM kills every minion on the board and refills the Warlock hand with that many cards.

Being a 10-mana spell, DOOM will not be very useful in fighting off aggro decks, but could shine in control match-ups, where every single increment of card advantage can mean the difference between winning and losing. Being incredibly versatile in the arsenal they use, it will likely be RenoLocks who take the biggest interest in playing this board-crushing card. 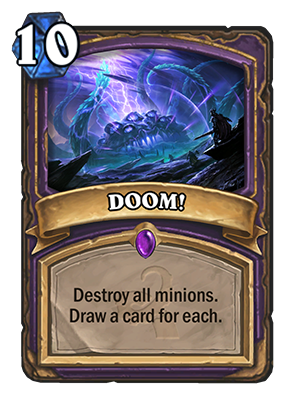 Don't forget to check out our Coverage Hub for all the other cards!

Blizzard: "The Old Gods minions will inspire you to build a deck around them"

Whispers of the Old Gods card review #1: C'Thun and his cultists

It’s finally official: Whispers of the Old Gods is Hearthstone’s next expansion