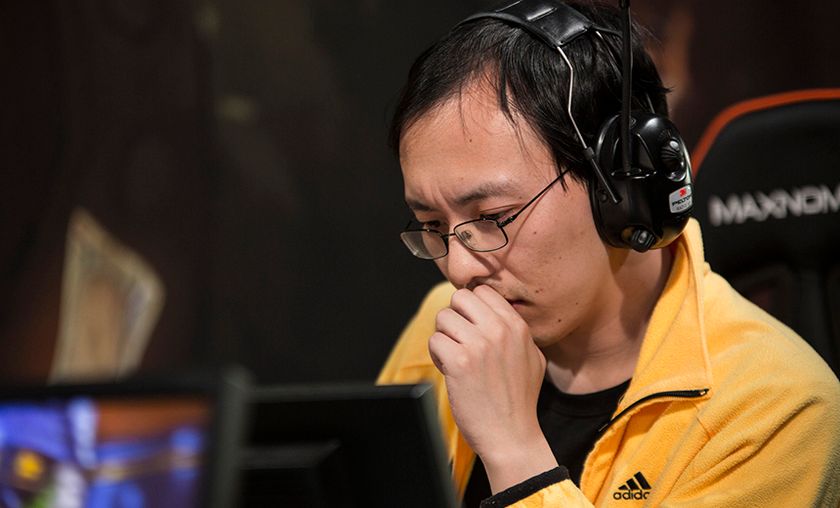 TIddlerCelestial: “The Chinese players are far less professional than the others” 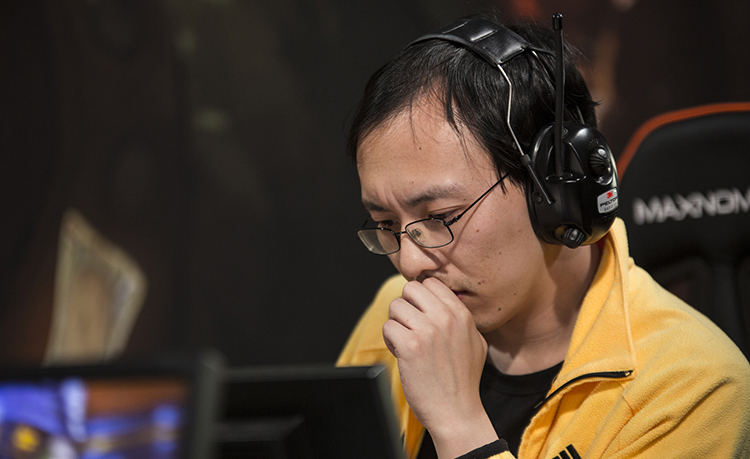 “Had we had another CN vs KR or CN vs JP, we wouldn’t win it anyway,” boldly states the veteran of Chinese Hearthstone.

Xieyu “TiddlerCelestial” Wang is one of the most respected names not just in Chinese Hearthstone but worldwide. A runner-up of the 2014 World Championship and WCA and 2015 DreamHack Summer champion, the captain of Team Celestial is no stranger to placing high in major events.

At the same time, he’s been known as a vocal and opinionated player, one that is not afraid to call things as he sees them. In an article for h.163.com, translated to English by Shrink here, the veteran points out all that is wrong with the Chinese scene and why it has had limited success abroad.

It all starts with the wide gap between China and the rest of the world. Language barrier, streaming platforms and internet connection keeps China very isolated and the flow of information is limited. “It is very regrettable since foreign players’ professionalism could have had a positive impact on our players,” Tiddler says.

But it’s not just China’s isolated autonomy that’s the problem. According to Tiddler, the Chinese players just don’t have the work ethic necessary to be among the best. His opinion of his countrymen compared to what other regions in Hearthstone are doing to get better is grim.

“
We lost CN v EU, we lost CN v NA, nobody is in the Ro4 of WCA or BlizzCon. It boils down to one reason: we practise to little. We are far less professional than them. I don't think we can have a BlizzCon semi-finalist even we hand-pick 4 guys. The whole community practise very little. Had we had another CN v KR or CN v JP, we wouldn't win it anyway. They've made incredible improvements.

For example, Lifecoach actually moved and lived with Thijs for five days before BlizzCon. They practised 12 hours a day. And another is that at Celestial Invitational, there was a Korean player (Shrink: Surrender, since he was the only Korean there) that hardly went out the hotel room. He just sit in his room playing the game. Even though he hasn't achieved much, the altitude that Koreans displayed by playing 10 hours a day is not what we can compare with. And this hard-working spirit is why Korea leads the way of e-Sports. I hope we don't get caught up and surpassed again in Heartstone.”

The attitude that Chinese players have towards the game might very well be rooted in how competitive Hearthstone is structured and treated in China in the first place. In the west, the invite culture of the tournaments that was a standard practice in 2014 and 2015 helped a number of players earn a steady income, both from tournament winnings and salaries from their teams. Top organizations like G2 Esports are treating their Hearthstone players with the same respect and attention they give to their “main” esport rosters.

In China, however, things are different. The scene is very much on a grassroots level, where open tournaments are the predominant form of competition. While that sounds like a good chance for anyone to prove their worth, the overwhelming attendance at these events makes it close to impossible to have a consistent performance.

In addition, the support Hearthstone gets even from the biggest organizations in China is far less than other esports. In an interview with GosuGamers from June 2015, TiddlerCelestial himself touched on that subject:

“
Most of the so-called Hearthstone pro teams in China are just one small section of the huge organization. They are irrelevant to the big picture. Their manager and leadership are not familiar with the Hearthstone scene. There are no team houses for HS players to live or practice in. The whole management is quite loose and casual. Because of the inconsistency in tournament results, many HS pros have no secure and steady income. In China, most income and sponsorship come from stream. The reality is, 90% of the Hearthstone related earnings are there only for streamers. Many pros were forced to turn to a streamer even though they didn’t want to.  ”

It’s not all negative, of course. According to Tiddler, the large amount of open tournaments which can discover new talent is something other regions are “very envious of”, the prize pools are large and the people involved are knowledgeable and enthusiastic.

Is China really the weakest region of all?