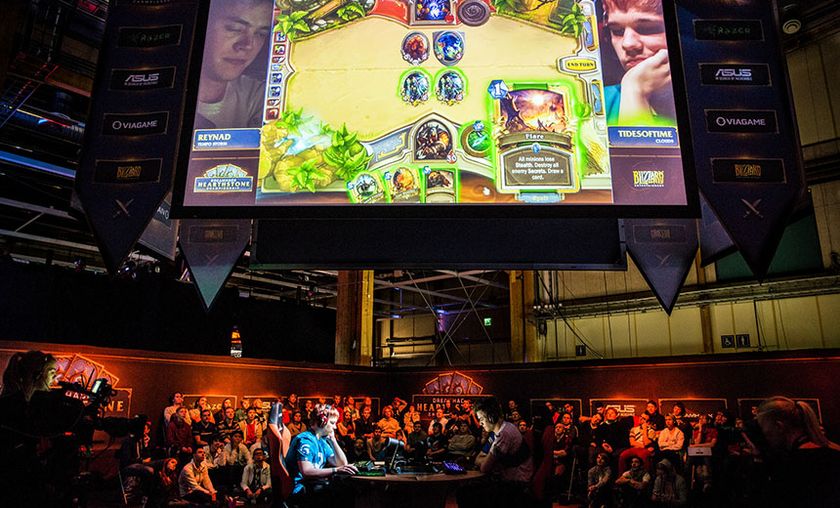 Another $40,000 up for grabs in the DreamHack Winter swiss tournament

November 26-28 are the dates for the grand conclusion of the DreamHack circuit.

Announced and held earlier this year, DreamHack Summer offered what many Hearthstone players have wanted for a long time – a swiss format, known for being the go-to format in other card games like Magic: The Gathering due to spreading the competition across multiple rounds and pairing players with similar scores.

128 players took part in DreamHack Summer, filling up the available slots in mere minutes as they rallied for the then biggest tournament in the west for this year. After three days of competition, Xieyu “TiddlerCelestial” Wang emerged champion, finishing second in the swiss round and defeating Complexity’s David “Dog” Caero in a narrow 3-2 to become the first Chinese to win a major event on western soil.

Today, DreamHack announced the closing chapter of the DreamHack opus, returning – as tradition wills it – to Jonkoping, Sweden.

DreamHack Winter (DHW) will follow many of the core concepts that DreamHack Summer utilized. The 200 initial slots will be open, with possibility to expand, which is already more than Summer’s maximum of 128 players. Said maximum was also one of the reasons why a lot of players dropped out early in the tournament. With 128 players and a top 8 cut-off, losing twice during the swiss round meant mathematical drop-out, making the swiss feel a lot like a double elimination bracket. This time around, the cut-off will be at the top 16 and across more players to incentivize fighting till the very end.

As for whether or not any of the 200 potential slots will be reserved for major Hearthstone teams, especially ones that have to send their players overseas – a practice which was used during Dreamhack Summer – the organizers still don’t have a final decision but it will most likely be a true first-come, first-served basis.

Scheduled for the end of November, DHW is expected to be one of the first major events after the World Championship and eyes shall be fixed on whoever reigns supreme in California.

Are the changes to DreamHack swiss format for the better?