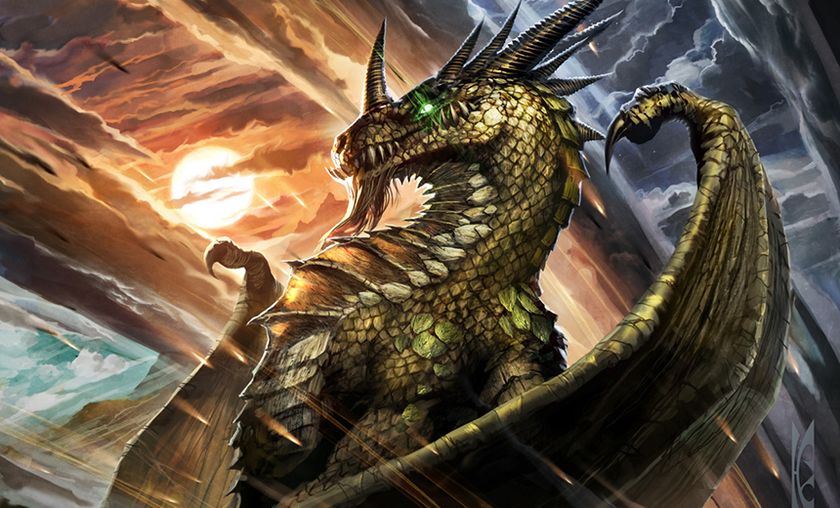 A Paladin dragon deck has been a deckbuilder’s challenge ever since Blizzard showed Dragon Consort. Here, the Mayor himself tries to make it work.

Ever since its reveal, [card]Dragon Consort[/card] has been the card that Hearthstone players desperately wanted to work. On paper, the minion looks great, a 5/5 body for 5 mana that reduces the cost of the next dragon played – any dragon, played at any time – by 2. It was also a very, very obvious hint which class should try building a dragon tribal.

Pro players and streamers started tackling the idea immediately after the Consort released but without much success. That wasn’t anything surprising, however – the strongest on-paper dragons in the set were not yet available, with [card]Hungry Dragon[/card], [card]Blackwing Corruptor[/card], [card]Volcanic Drake[/card] and [card]Chromaggus[/card] coming in the next weeks.

Now that all Blackrock Mountain cards got out, this deckbuilding urge returned and it infected Jeffrey “Trump” Shih as well. On the very next day after the release of the fifth wing, he was playing the deck below on the legend ranks.

The deck is a classic midrange, featuring no [card]Equality[/card]’s or [card]Wild Pyromancer[/card]s and relying exclusively on minion trades to dominate the board. And fat minions there are. The mana curve between the 3 and 6 slots is packed with heavy bodies, starting with a potential 3/5 [card]Blackwing Technician[/card] and ending with [card]Volcanic Drake[/card] and the ever-present [card]Sylvanas Windrunner[/card]. The high peaks of the curve feature the usual Paladin suspects, alongside dragon duo [card]Chromaggus[/card] and [card]Ysera[/card].

In next iterations, [card]Chromaggus[/card] was actually replaced with [card]Harrison Jones[/card] to respond to the Hunter and Grim Patron warrior threats.

The build looks cool and very thematic, though many players still have their doubts about how viable a dragon tribal will be. For the moment, standard midrange Paladin does look the more solid option, but then again – who doesn’t want to play with some dragons at the end of the day.

For more cool decks, check out our deck section here.