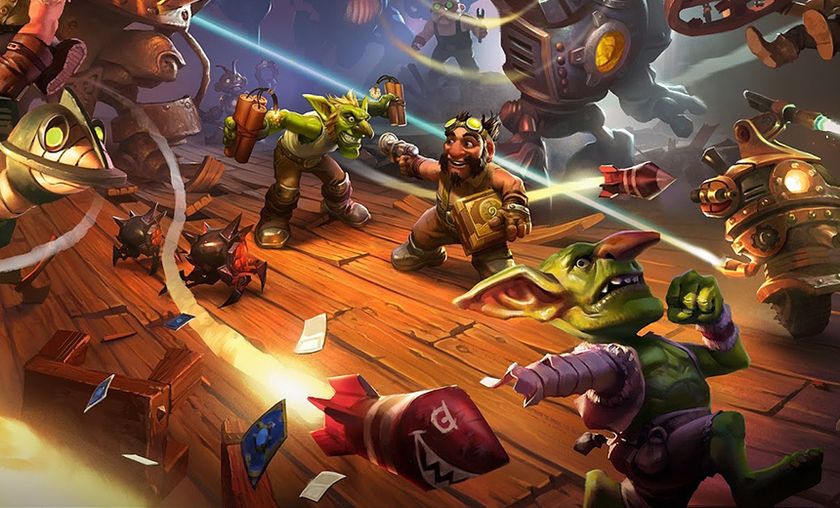 Mage, paladin, warrior and rogue players, prepare to learn from the best as we take a look at what StrifeCro, Sjow, Hosty and Powder used to wreck faces last week.

The first weeks of the GvG meta has been amazing as players try out improvements to the old archetypes or build new decks from scratch. The competitive meta is being shaken as classes which previously saw little to no success are now resurging to become the new nightmares.

This is what brings us to hated GvG deck number one, the new-age mech mage. Popularized by Brian Kibler and Cong "StrifeCro" Shu, the latter of who rode it to a dominating 4-0 win in the Kinguin Invitational grand finals, the deck uses the synergies of the mech tribal and the burn of the mage class to beat down its enemies, hard. Strong [card]Mechwarper[/card] starts are almost a guaranteed win as the deck can dish out enough early damage that it only needs to draw a couple of removals to seal the deal. It's nice curve ends with [card]Dr Boom[/card] who seems to be the most used legendary in the GvG expansion, making an appearance in most viable decks.

With its zoo-like playstyle, the deck is unsurprisingly a ladder champion as well. It is easy to pilot and the game it plays are quick, either overpowering the opponent by T8 or losing to a sweeper with an emptied hand.

Rogue has been in a weird position for some time now. The nerfs to [card]Gadgetzan Auctioneer[/card] and [card]Leeroy Jenkins[/card] left Valeera players wondering what's next, now that miracle had lost a lot of its potency. Players like Freshca tried mill decks but it was pretty clear that wasn't going to be the next big thing.

Archon team-mates Firebat and Hosty might have the answer, though. The deck below is responsible for Hosty's 4-2 comeback in the latest Deck Wars against Xixo and gives an interesting take on how to play miracle. The low end of the curve starts like a standard mech deck with [card]Annoy-a-Tron[/card] and [card]Mecwarper[/card]s but its vastly different to StrifeCro's mage. It relies on comboing [card]Tinker's Sharpsword Oil[/card] with [card]Deadly Poison[/card] to deliver massive amounts of damage in one blow, essentially [card]Pyroblast[/card]ing for five mana. [card]Arcane Nullifier X-21[/card] is an important card in the deck as its defensive stats keep the rogue safe until the combo is drawn.

Speaking of classes that were dragged out of the swamp they were in before GvG, let's talk paladin. [card]Muster for Battle[/card] and [card]Quartermaster[/card] are Uther's new best friends and many players go to paladin nowadays for one of their decks of choice.

GvG is not all about making brand new decks, however. Sometimes, just a pinch of GvG flavor is enough to make an old meta king even stronger. Below, we look at Firebat's revamped control warrior, now equipped with [card]Shieldmaiden[/card]s, [card]Explosive Sheep[/card]s, [card]Bomb Lobber[/card]s and Troggzor.