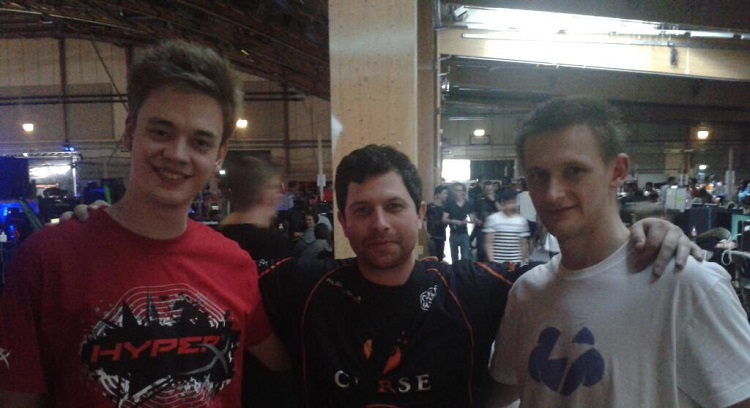 According to a post on his personal twitter, Andrew "Kitkatz" Deschanel is no longer with Team Curse after a stint which lasted less than three months. According to Deschanel, he and the team parted amicably and the Canadian will now purse a career in another team.

Kitkatz was recruited by the American organization on May 7th as one of the two final players alongside Darkwonyx, following the signings of Savjz and Alchemist in April. Known for being one of the best Warrior players and among the innovators for the class, Kitkatz boasts a number of high ladder finishes, a positive competitive history, most recently placing third in Tavern Takeover 2 and being ranked #17 worldwide and top 8 in NA on the GosuRankings as of June 20th.

These are all the achievements that Kitkatz will bring Curse, however. According to a tweet by the man himself, Deschanel has parted ways with the team amicably and will be continuing his career elsewhere.

I am no longer a member of @TeamCurseGaming. We parted ways amicably so that I could pursue a new team<3 @Savjz @Darkwonyx @Curse_Alchemixt

GosuGamers has reached out to Curse's captain Savjz for more information on the matter and if Deschanel will be replaced so that Curse can maintain their four-player core.