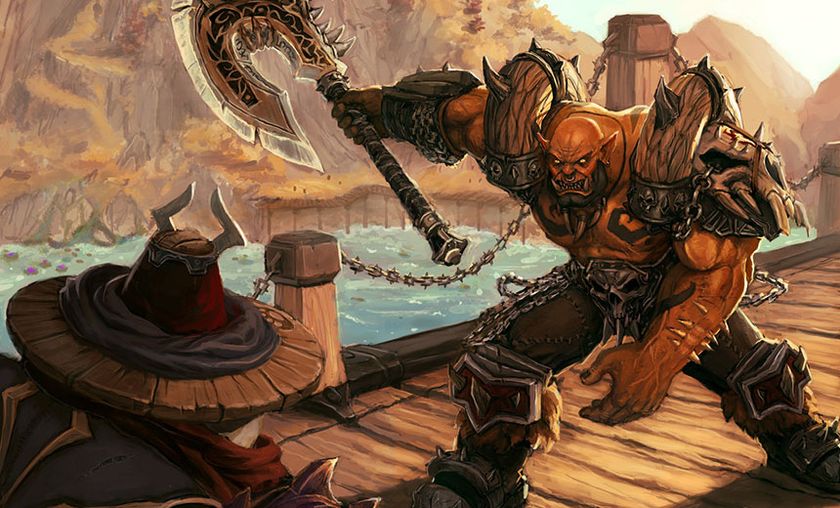 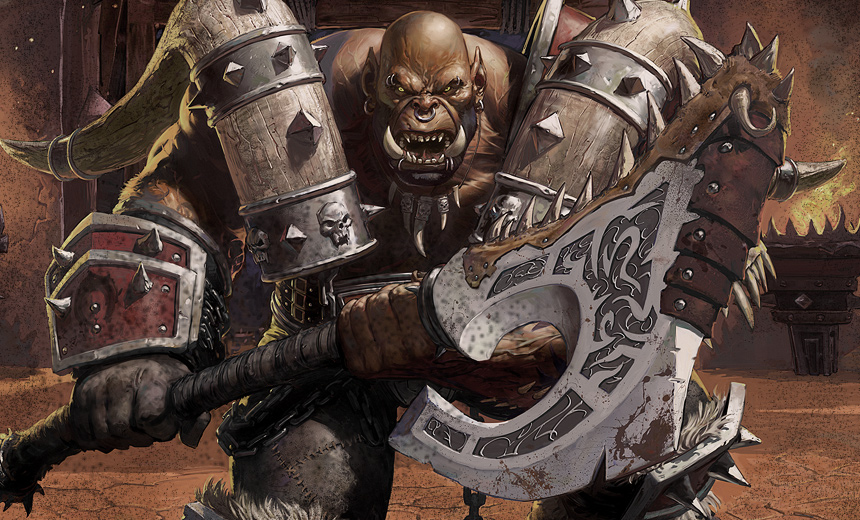 Artwork by Greg Capullo
The current meta is getting more interesting. We have a lot of cards to play around with and right now, there seems to be a showdown of decks from almost all classes that are making use of mechs. There’s the rise of mech mages, druids, rogues and even hunters. We have yet to see a mech priest—will there ever be one? Anyway... Mech Warrior came to be because of [card]Screwjank Clunker[/card].
[card]Screwjank Clunker[/card] is like [card]Houndmaster[/card] but for Warriors (sans taunt). This deck has been tested since GvG was released and it has been working so far; the plus side is not a lot of people are expecting it on the ladder. The opponent would still be wondering what card will  be played next… then Grommash appears and well, you get the drift.
This deck is midrange-y and the game should ideally be finished by turn 8, however, should you get into a longer game, you can finish with [card]Grommash Hellscream[/card].
General Tips

[card]Whirlwind[/card] – to remove tiny minions (Muster for what?) or activate your minions’ Enrage abilities

[card]Fiery War Axe[/card] – because you’re a Warrior. You gotta have a war axe. ‘nuff said

[card]Battle Rage[/card] – card draw for each damaged friendly character (including your hero); you have Whirlwind and Death’s Bite that will inevitably damage your own minions, should you need more cards

[card]Mortal Strike[/card] – spell that lets you deal 6 damage when you have 12 or less health; this is for those moments when you want to hit face but your opponent placed a lot of taunts before you

[card]Jeeves[/card] – for the times when you need more cards

[card]Grommash Hellscream[/card] – there’s always a special place for him in warrior decks. If you’re equipped with Death’s Bite and it’s on its last charge, together with frothing Grommash, that’s a total of 14 damage

[card]Mortal Strike[/card] - I usually run two Mortal Strikes because at 12 health, I can deal 12 damage directly to the opponent but I had to cut out one for Jeeves

Annoy-o-Tron - If you want early board presence and he fits in your playstyle, you may swap it with some of the 3 or 4-cost mechs.

[card]The Black Knight[/card] - Tirion is so popular these days that you might want to tech him in if the [card]Ironbeak Owl[/card] is not enough for you.

Mage - It is okay against mages but you have to kill [card]Snowchugger[/card] as soon as possible. Beware of [card]Goblin Blastmage[/card]; this is why those [card]Clockwork Gnome[/card]s shouldn’t stick around longer when you could easily remove them.

Hunter - They’re always a pain to every class (even to fellow hunters). You’re most likely better off going aggro on them so always look for the [card]Fiery War Axe[/card] and [card]Cruel Taskmaster[/card] when you find yourself facing Rexxar

Warlock - Zoolock is pretty easy to deal with. You have Whirlwind to deal with the imps. Going against Handlock is tricky but not impossible especially if you have 2 [card]Mortal Strike[/card]s because they’re usually hurrying up to cast the [card]Molten Giant[/card]s. [card]Execute[/card] is for the huge taunts

Warrior - Going against Control Warrior is not easy. You’ll have to go aggro and rush them down because once it reaches the late game, you’ll know you’re already losing and wasting your time.

Paladin - The new pally is now top tier but it’s still manageable. Your [card]Warbot[/card] can handle the annoying [card]Shielded Minibot[/card]. You have to clear the 1/1 dudes before your opponent could cast the [card]Quartermaster[/card]. Control pally with the unlimited heals might be a huge problem for you.

Druid - It is decent against druids, you should strive to finish before the [card]Ancient of War[/card]s or the FoN+Savage Roar combo could come in.

Priest - They’re usually not a problem because you don’t have lots of tiny minions and the small ones are ideally buffed already (or gone and replaced by 3-to-4 damage minions) by the time [card]Cabal Shadow Priest[/card] could try to change their minds. Watch out for [card]Shadow Madness[/card].

Rogue - It’s generally not a hard match against rogues. You’ll just have to play around [card]Eviscerate[/card]; [card]Fan of Knives[/card] hardly affects you because most of your minions are not that tiny. However, you have to kill the minions that increase spell damage immediately. Also, your buffed minion could get [card]Sap[/card]’ed--watch out.

Shaman - This class hasn’t been the strongest in the current expansion so you can maintain your tempo and win. The variants that run [card]Neptulon[/card] and [card]Dr Boom[/card] can easily be handled by [card]Big Game Hunter[/card]--they usually don’t have any other BGH targets. Make sure you have [card]Fiery War Axe[/card] early so you could deal with the Feral Spirits easily.

One of the things I enjoy the most about playing CCGs is that it gives you the control to customize your decks to match your playstyle. If everyone is playing the same deck, it's almost alway refreshing to break the mold and use something else. Heck, breaking the monotony is makes playing fun especially if you run into almost the same thing when you hit 'Play'. Just like using any deck, having an idea on the meta would be helpful so don't be afraid, take on the ladder, observe, and above all, have fun.