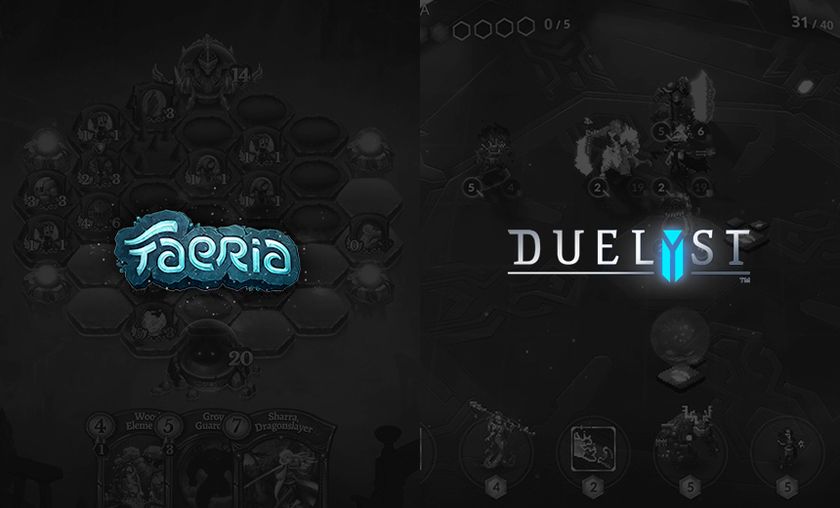 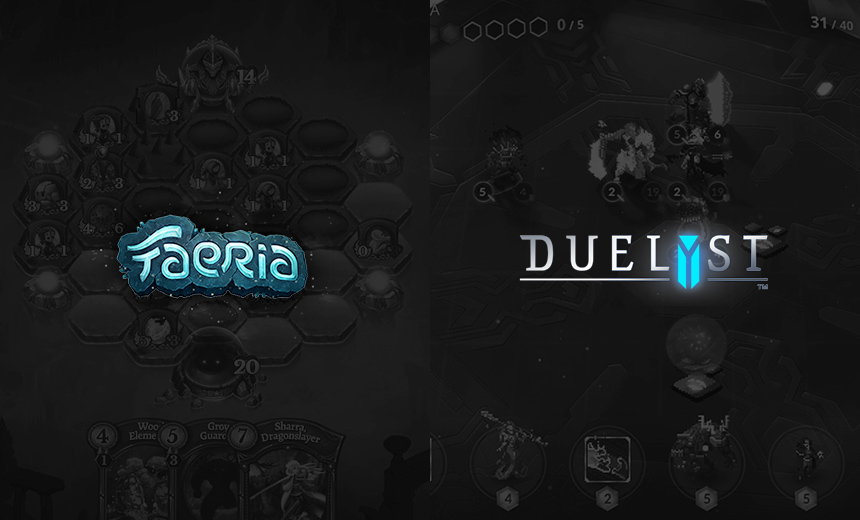 Hearthstone will not be toppled from the CCG market any time soon, possibly ever. With millions on the line each year for the world championship and the game’s availability on mobile pulling in an active player base in the eight figures, the game is the undisputed king in that digital space.

At the same time, Hearthstone’s unprecedented success led to the launch of multiple other titles in that same niche, as indie and AAA companies alike tried to explore the card game market. While most more or less follow the established guidelines of top CCG games such as Hearthstone and Magic: The Gathering, they are also offering unique twists to the experience.

Today, we look at two games which combine collectible cards and miniature warfare. Duelyst was the first CCG I tried after I got bored with Hearthstone about a year and a half ago. I had figured Hearthstone’s playstyles out already, got legend a bunch of times and was sick of replaying the same old cards over and over again. Most of the Hearthstone matches were autopilot for me.

Duelyst sucked me in from the first minute. Not only did I have an entire new collection of cards to explore, but I was offered an extra depth of where exactly did I play those cards. That is because each game of Duelyst takes place on a squared battlegrid, on which two generals are in constant motion, fighting for that board game positioning. Each turn, I had to make dozens of decisions, assumptions and reads. The permutations created by the added component of a battlegrid complicated the experience, for the better. When I won, I knew I was better. When I lost, I knew I was outsmarted. There was no boardflipping RNG, no mana screw and flood. It was all fair game.

Duelyst tries its best to bring the experience closer to chess or miniature board games and farther from traditional card games, by mitigating randomness as much as possible. The cards themselves have very few RNG effects. Mana is increased by one each turn, just like in Hearthstone. On top of that, on each turn, a player can replace one card in hand with another random one in his deck. Low on units? Replace that third healing potion and try to get a minion. Overwhelmed by agro? Toss away that late-game finisher and search for a defensive unit or a board clear. 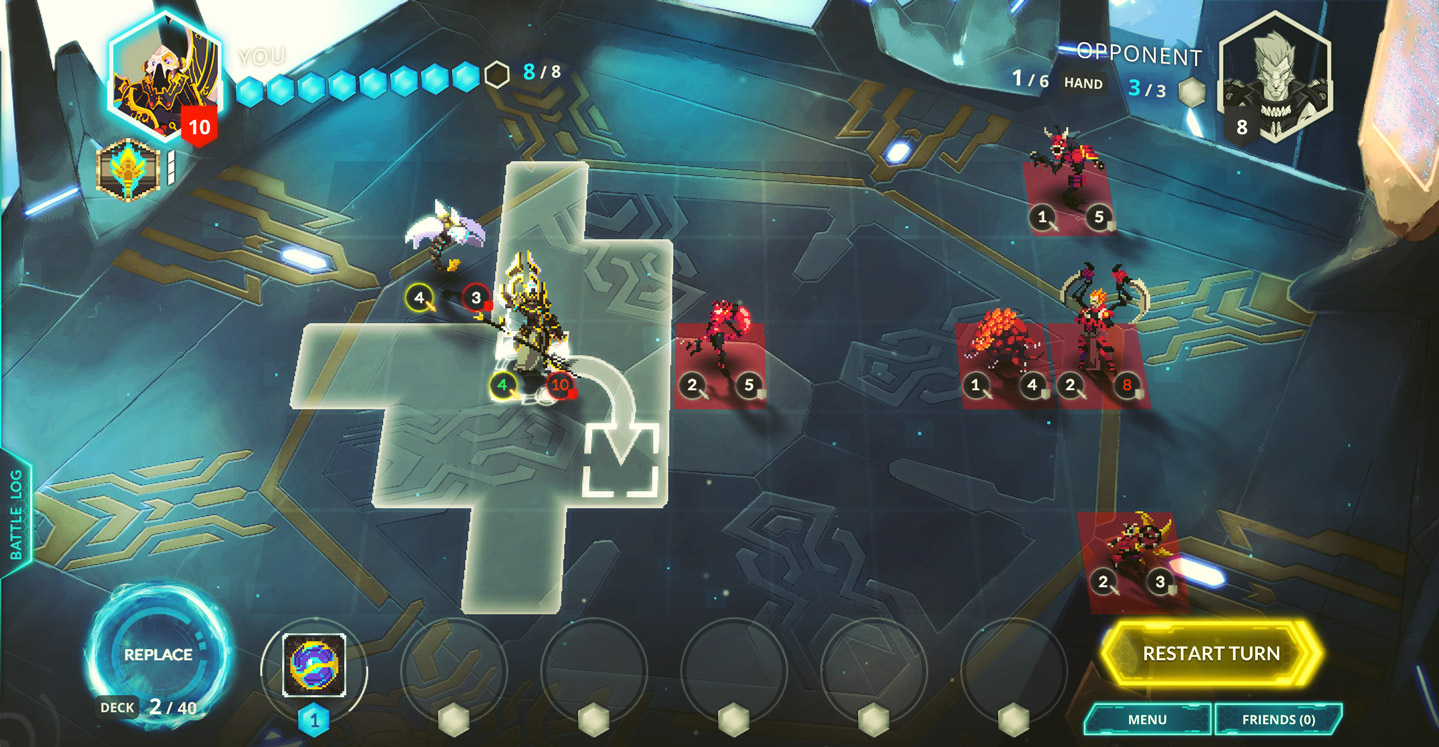 This already made me fall in love with Duelyst but it turned out that was just the tip of the iceberg. Each of the six factions was well-thought with its own design space. Where Hearthstone’s nine classes often step on each other’s toes, Duelyst’s six factions each played a different game. The red Songhai used burn spells and teleporting minions to burst me down in a couple of turns, while I tried my best to survive the onslaught and set-up the late-game that would make my Abyssian control deck unstoppable. As a midrange Lyonar deck relying on beefy, expensive creatures, I struggled as the tricky Vanar bounced, froze and sapped my army.

At the same time, I was basically drowned in new cards and was pleasantly surprised how quick the card collection process was. In less than a week, I had three full decks: A budget aggro, a rather expensive Lyonar midrange and an even more expensive Abyssian control deck, all with plenty of legendaries and epics in them.

That said, Duelyst still has some of the problems of Hearthstone. Many neutral minions are just too good and present in most, if not all of the decks. The entry level is quite high and you’re likely to lose a lot at the start, which could be off-putting to new players. No phone availability means you’re tied on your PC playing Duelyst, which is a stumbling block for any CCG. 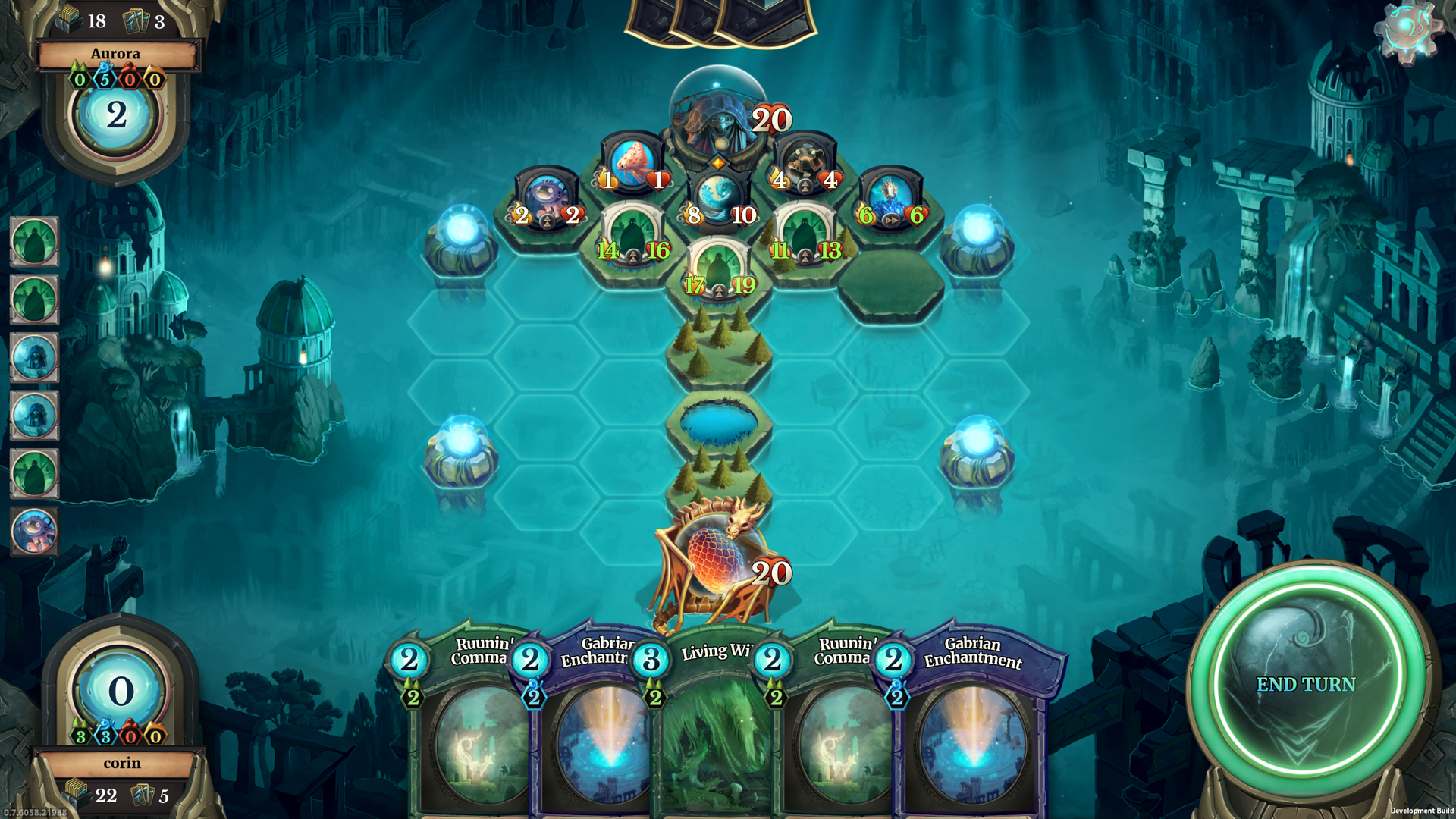 If you thought Duelyst’s mechanics were a bit too much, just wait till you enter the world of Faeria. Warning: It’s not for the faint of heart.

Faeria takes the fundamentals of Duelyst and brings them a few steps further. The game’s beauty lies in its living board, a constantly changing battlefield built turn-by-turn as each player places or terraforms a building block.

Playing the architecture game took me weeks to figure out and only after several days of just thinking about optimal offensive and defensive scenarios did I start understanding just how much Faeria has to offer to the strategically-inclined. As an offensive player, I wanted to build a straight-line path to my opponent’s orb and start attacking his life points directly and many times it worked like a charm, until skilled control players matched my aggressive board-building with defensive land placement, streamlining my minions into a choke point, a very 300-esque scenario.

It’s not just about where you place your lands in Faeria, but also what lands you select. Faeria has four colors / factions and to play color-specific minions requires you to have some amount of that land: Lake for blue cards, Forest for green cards, Mountain for red cards and Desert for yellow cards. In addition, colored minions can only spawn on their respective land tiles, so just infesting the entire battlefield with the neutral Prairie lands will hinder you form playing color-specific cards. 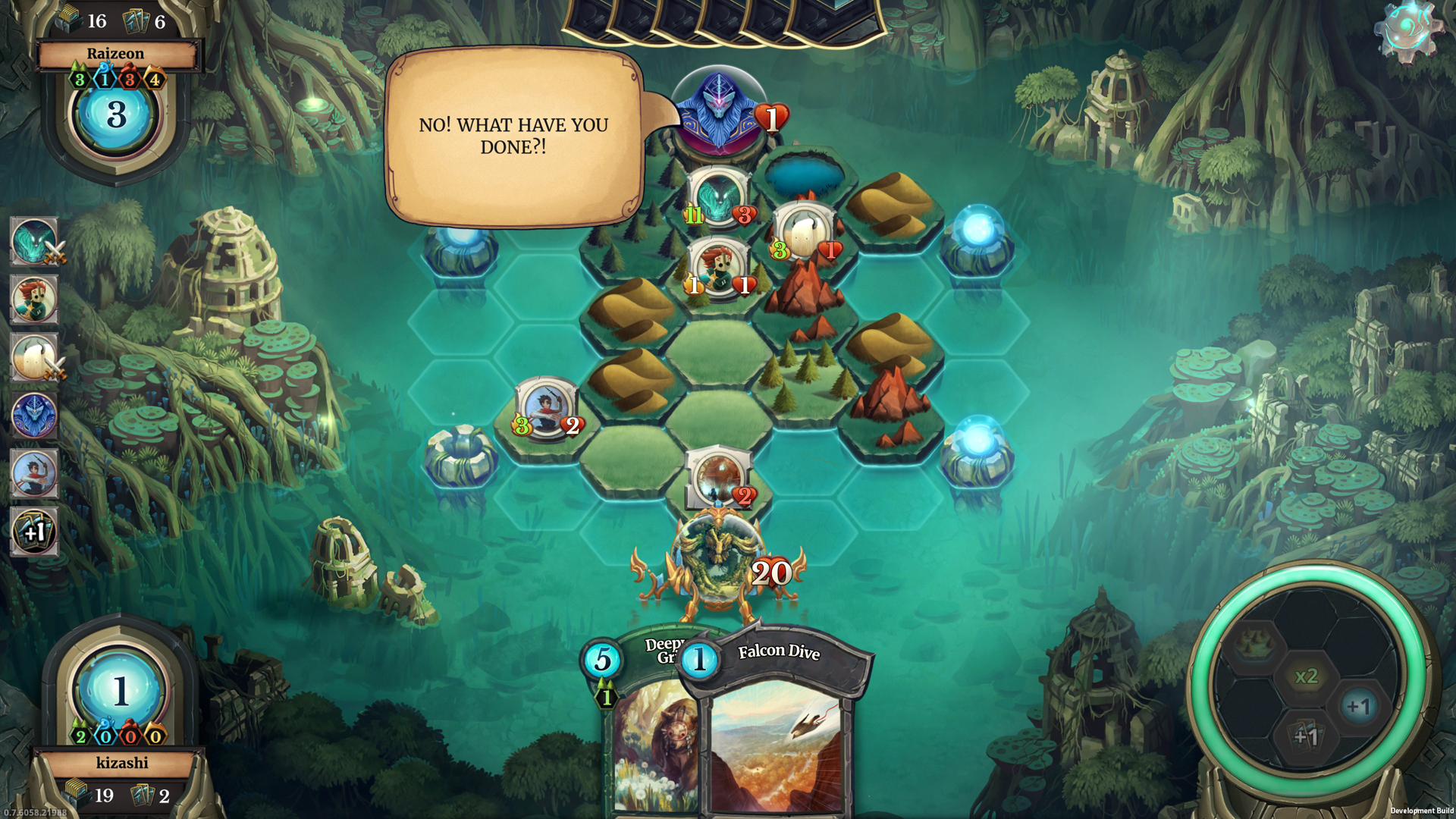 Land building, however, is just one part of Faeria’s so-called “Power Wheel”. Each turn, a player is faced with an important decision: Play two neutral lands, or play one colored land, or increase its mana (or “faeria”) by one, or draw an extra card. This split in the road offers multi-faceted approach to each turn—something I haven’t seen in other card games—and will change depending on player’s current hand, game plan, board state, opponent’s strategy and more. As early as turn two, I was making conscious decisions on how to dance the Faeria tango. There isn’t an universally optimal algorithm, or curve, or math to solve as Hearthstone has had in several of its metagames.

The ability to combine multiple colors is also intriguing and will be appreciated by fans of traditional TCG’s like Magic: The Gathering. The moment I built a two-color deck was also the moment where the power wheel decision making got exponentially harder. I have lost countless games due to overcommitting to one of my colors and not planning turns ahead for my alt-color late-game.

There’s way more to discuss about Faeria—like the cool twists to the draft mode called “Pandora”, or how the developers are actively looking to implement an in-game tournament mode, or how there’s a totally awesome and complete Wiki for the game—but actually exploring the game is best left to you.

Which of the two: Nydra’s verdict

Duelyst is my personal choice, if a choice has to be made. Counterplay Games’ child hits several golden middle grounds with elegance, making it my favorite Hearthstone alternative by far. There’s depth, but not over-complexion. It requires investment but not as much as other CCGs. Its hand-drawn battlefields and pixel graphics cards are adorable and flavorful in a way that’s not yet-another-pixel-graphics-game-by-an-indie-company. Its entry level is high but there still are newb friendly decks and factions to get you up to speed.

In fact, let me re-install it quickly.

Which of the two would you rather play?