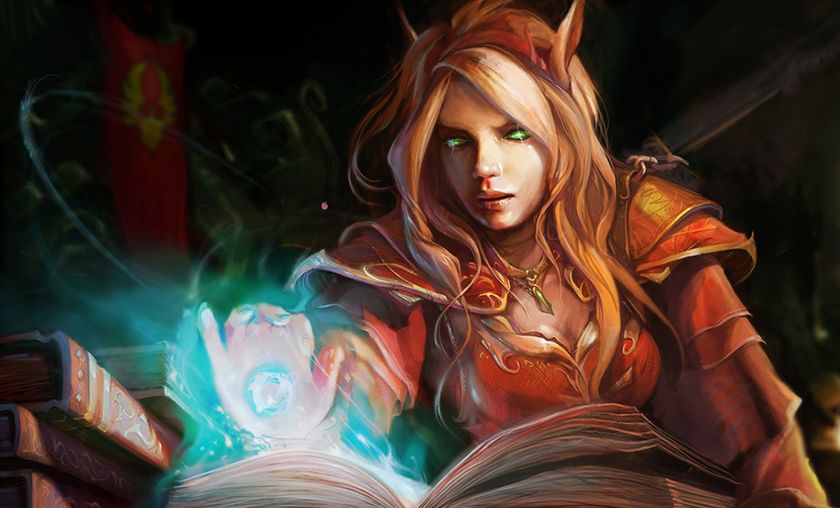 Understanding "Legacy": The pros and cons of the formatless CCG

From time to time you might hear people on Youtube or Reddit talking about how Hearthstone needs to change its format or adapts Magic's system. If you are new to collectable card games then all of this might sounds outlandish and if that is the case then this article is for you.

All of it originates from how Magic regulates its card pool through its formats. Hearthstone's card pool is currently completely unregulated which in Magic would be called Legacy but before explaining the Legacy format I would like to go over of the general constructed formats used in Magic.

The "Standard" format is what Magic have been using for over 20 years.

In Magic: The Gathering the primary constructed tournament format is called "Standard" and it is defined by only having the cards of the two most recently released blocks being legal in constructed play. A block is kind of like an annual season each consisting of three expansions which are all massive in scale compared to say, Goblins vs Gnomes. Those cards then become illegal for play after two new blocks have launched. This means that each card in Magic is only legal for standard constructed play for about 2 to 1.5 year depending on when in the block it was released, unless some of these cards are added to the core set which defines cards that are legal for play regardless of age.

This creates a very fluent environment of constant evolution. The game radically changes over time as many cards get released and just as many old cards get phased out. This system has been running in Magic for over 20 years now and later it was also picked up by the now discontinued WOW TCG.

Legacy is another format, though it is probably more accurate to describe it as having no format at all. Essentially any card released can be used regardless of how old the card is and you are permitted to mix all these cards together in any way you like. Legacy is used for some events in Magic and it is also the primary competitive format in the TCG Yu-Gi-Oh and, of course, Hearthstone.

The banlist may appear to be a missing component in Hearthstone but this is really because it is a component made redundant by the digital nature of Hearthstone. Cards can be remotely changed and this automatically affects everyone playing the cards. This is overall just a better solution for the game than having a banlist. The cards can still stay play a role in the meta even in their nerfed form and simplicity is preserved. The nerfs have much of the same effects as a banlist really, indeed when they are immense it will often feel exactly as it does when a card is made fully forbidden in the banlist. [card]Blood Imp[/card] and [card]Starving Buzzard[/card] are two examples of cards nerfed to such an extent that they are effectively banned for all intents and purpose.

Legacy is the best system for Hearthstone

In live TCGs issuing card nerfs or effect changes, also known as “Card Erratas”, is a rather convoluted process and it runs into problems where existing printed cards still have the old effect. Thus it is simpler to just ban or restrict the overpowered cards in question. That is not to say card changes don't happen but they are quite rare.

It will always cause quite a debate on whichever type of format is the best for a CCG but I personally believe that legacy is best for Hearthstone and there are a couple of reasons why this is the case.

Legacy is simple and consumer friendly

I mentioned simplicity before but really, this is a key part. One of the biggest advantages of Legacy is how simple it is to understand. You have your cards, you can play with your cards. Leaving for three months and coming back? Don't worry your cards are still there and you can use them. This kind of simplicity is perfect for a casual playerbase.

The thing about live TCGs compared to Hearthstone is that they don't have anything resembling a casual base, at least not on the competitive level. The entry cost for competitive decks can easily go up to a few hundred dollars and then there is the requirement to sign up and show up at events. The bar for entry is simply so high that anyone who makes it so far should be more than ready to read up on some extra rules about formats or a banlist. It is not a problem that it is not immediately obvious why some cards aren't permitted to be used because so many other elements of the scene aren't immediately obvious either. It all just becomes part of the expected preparations.

Hearthstone have earned it's 30 million users through it's simplicity and user friendly business strategy.

Hearthstone however is nothing like this. The casual base is a huge part of ranked ladder and all of the cards are available for free given enough time. This is certainly a huge part in how Hearthstone has reached 30 million. All of this have also been built around an environment that is massively consumer friendly. Your cards are yours, they won't be taken away and if they are nerfed then you will be able to get a full dust refund for those cards.

The refund part is certainly not present in other TCGs when cards are banned or phased out. Whether you like it or not, Magic's format system is an extremely abusive business strategy that most companies could only dream of getting away with. The whole system revolves around having most if not all of your consumers' old purchases become invalid after a certain amount of time and then forcing them to buy the newly released stuff. It is a corporate dream. One that works only when you have an extremely strong and loyal fanbase who is also understanding of the fact that this is for the greater good of the game.

Wizard of the Coast has had such a fanbase for over two decades now. This does not mean that Blizzard could get one. The WoW TCG used this system and despite the Blizzard branding and WOW cross-promotion it went the way of the dodo. It is hard to say if this was due to the format alienating the consumer base but it can be said for sure that Hearthstone with its much more casual playerbase would alienate its consumers even more, should it move to the "standard" format system.

Now it would be lying to say that Legacy doesn't also have some abusive elements in it. In Yu-Gi-Oh it is certainly a trend that whatever deck wins the world championship is bound to be hammered by the following banlist . It is also a certain fact that some cards are on the banlist, not because of their strength being too high but rather because their decks have too high a fanbase and Konami have no interest in appeasing this fanbase since they aren't spending money on other newly released decks. That is certainly a route I hope Blizzard won't take and given their history of being highly consumer-orientated I doubt this will happen.

There are of course one undeniable drawback to the legacy format that needs to be addressed.

Power Creep is undeniably the biggest consequence of Legacy. It is not a coincidence that it is Yu-Gi-Oh cards that pop out when you look up Power-Creep on TV-tropes. It is a game where minions have gotten progressively stronger, faster, more resilient and just overall objectively better over time. And this has been going on for 16 years.

There is no way to get around this part really. The entire business format of CCGs depends on new cards seeing play. And when those new cards have to compete with all the old ones then they have to have some kind of edge whether that is speed, resilience, utility or strength.

There are only so many ways this edge can come from before cards have to be stronger than a previous set of cards in the same area that the past set specialized in, meaning they will essentially be objectively better. It is not really much of a question if this will happen in Hearthstone, rather it is a question on how fast it will be happening.

Like a lot of things, power creep is a matter of very delicate balance. When it goes too fast then people will feel it is ruining the game as their old cards are quickly rendered invalid but at the same time if there is very little element of power creep then people will feel cheated out by the new cards as they simply won't make much of an impact.

It can be said that we have seen both of this with Goblin vs Gnomes and Blackrock Mountain respectively. Ideally there is a slow improvement in the quality of cards that allows older cards to stay somewhat relevant for a while past their release but striking this balance is a downright ruthless task.

All of this lies on Blizzard's end though and ultimately it comes down to them to wager the pros and cons of a legacy format. On this part there is one more attribute of the legacy format that deserves mention.

This right here is the biggest advantage of the legacy format… for Blizzard that is.

As previously stated, expansions in Magic are massive, about 150-250 new cards each. Three times a year. And it has to be this way to ensure an environment of evolution. The Wow TCG released at a similar rate and it could be no different with Hearthstone. Adopting anything resembling Magic's formats would require a much higher number of new card releases, roughly quadruple that of what we are currently seeing.

Legacy, however, has no card fallout, except for cards that the devs decide to throw out through the banlist, or in Hearthstone's case through nerfs. This means that there is a much lower demand for new releases and Hearthstone has taken big advantage from this.

In the 1.5 year that Hearthstone has been live there have been 181 new cards released. No matter how this is looked at, it is ridiculously low even when using the legacy format. It appears that the current plan is having about 150 cards released in 6 months cycles and even this is still not that fast considering Hearthstone's nine classes.

Hearthstone's rate of card releases have been low even when considering the legacy format.

This is of course a comparison with a high element of apples and oranges and that will almost always be the case when comparing games that run on different platforms. Hearthstone being purely digital means that the mass production and distribution that live TCGs need is mostly canceled out. However, the entire design phase for each card takes much more work. Besides the standard effect design and picture there is also a need for golden animations, voice acting/sound and a cool board entrance if it is a legendary minion. The procedures are vastly different in this area.

When that is said there is no denying that Hearthstone might be releasing cards at a little too slow rate right now and that the game is getting stale as a result. Some decks like Handlock and Freeze Mage have had a lifetime in the meta of Hearthstone longer than any other TCG would have allowed, and this is a sign of the slow evolution of Hearthstone. This is something I think Blizzard will need to think about for the future.