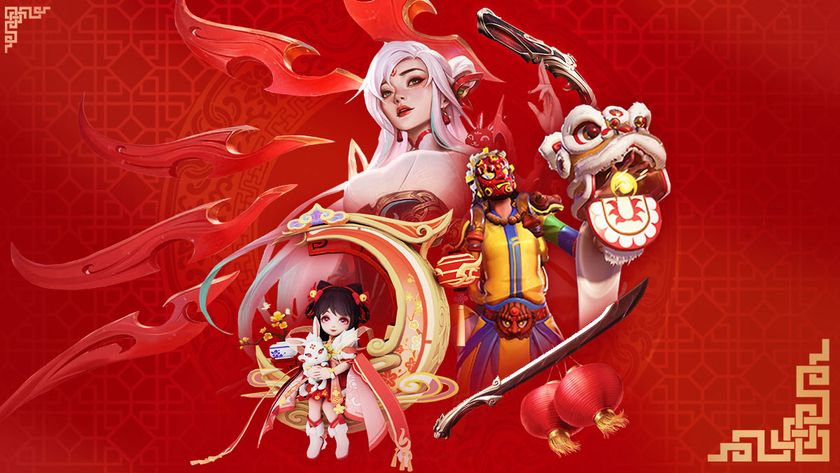 Here are all the games getting into the Chinese New Year festivities this month with limited-time events and cosmetics. Don't miss out!

Chinese New Year is right around the corner (January 22), and while most of us will be busy celebrating the holidays and reuniting with family members, there’s always time for a bit of gaming on the side. A lot of our favourite games are celebrating the holidays this month with exclusive skins, limited-time events and more cosmetics themed after the Year of the Rabbit.

If you’re worried about missing out, never fear - we’ve got you covered with a handy list of all the games releasing skins and events for Chinese New Year this weekend. Check out all the goodies! 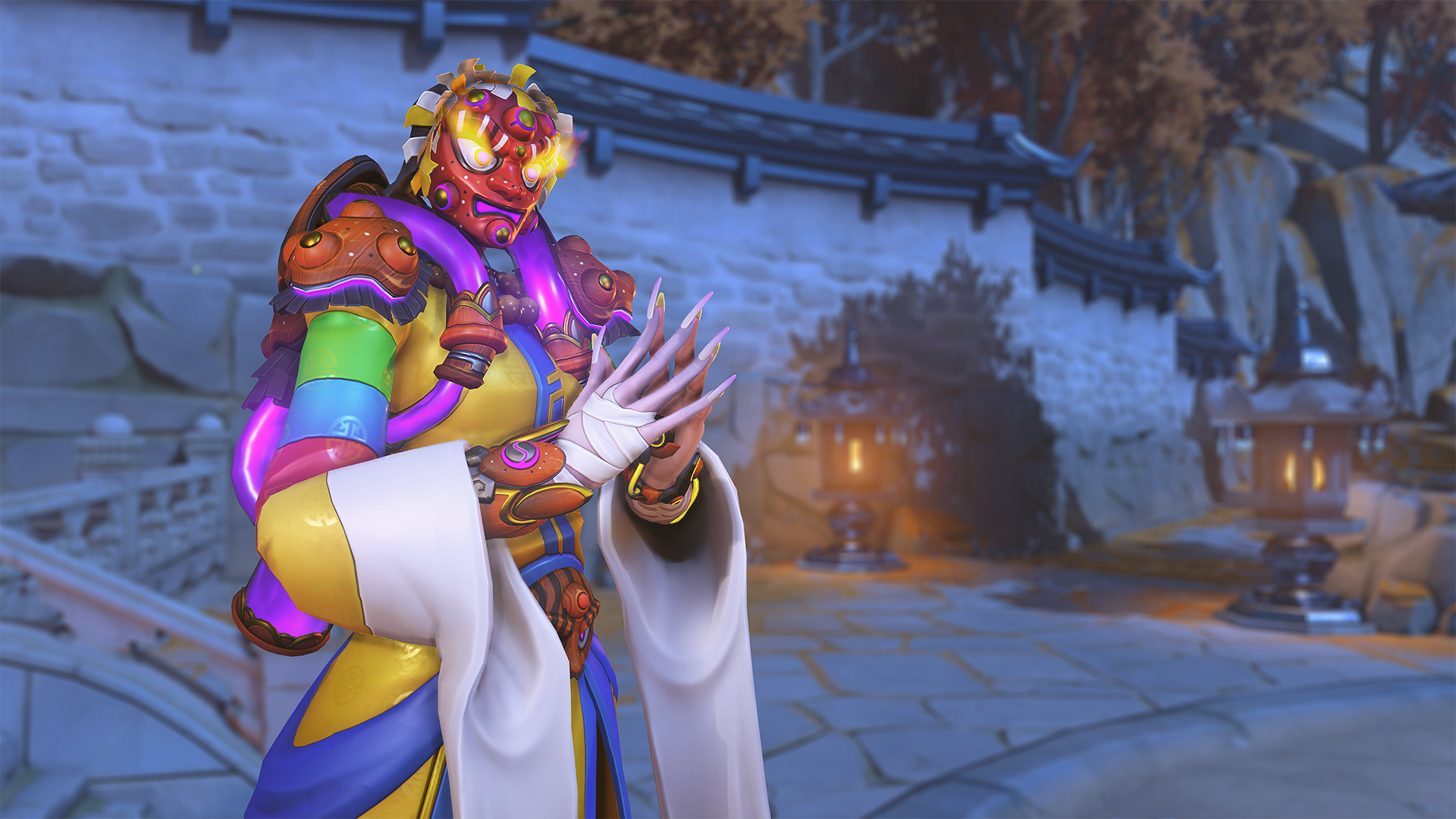 Overwatch’s annual Lunar New Year event returns, and this time it’s all about the Year of the Rabbit. The game’s Lijiang Tower map has been redecorated with fireworks and festive paper lanterns, and arcade brawls such as Capture the Flag, Capture the Flag Blitz and Bounty Hunter are now available to play for a limited time only. There’s also a Competitive Capture the Flag mode for anyone looking to grind out Competitive Points.

As for cosmetics, players will get the 2023 Year of the Rabbit player icon for free just by logging in, and there is a new slate of event challenges to complete for bonus cosmetics and Battle Pass XP. These mostly involve playing the new arcade brawl game modes. If you complete four of these challenges, you’ll get the Kkachi Echo Legendary skin. Alternatively, you can just watch any content creator stream Overwatch 2 for up to four hours for a Victory Pose and Masked Dancer Legendary skin for Moira.

League is kicking off 2023 with its Lunar Revel event, which players will need a pass for if they want to grab everything they can in the event shop. To progress through the event’s pass, just keep playing games and tick off in-game missions - that will give you access to tokens, emotes and even the Prestige Mythmaker Sivir skin, if you manage to pick up 2000 Event Tokens for it. Starting on January 26, Lunar Guardian skins will be available for the following Champions: Kha’Zix, Thresh, Malphite, Ashe and Qiyana. These Chinese New Year-themed skins will cost 1350 RP, if you have the Riot Points to spare.

PUBG Mobile’s Red Packet Blessings event starts this week, and runs until February 1. The event brings players UC, crates, skins and even more cosmetics - as well as Red Packets filled with rewards. Here’s how the Red Packets work: you’ll need to complete missions to earn BP and EXP, which allow you to open A Red Packet. Using EXP, you can level your packets up to get more cosmetics and special goodies, such as AG Currency and Lion Dance Space Gifts. If you open Red Packets multiple times, the game rewards you with even more free stuff:

Mobile Legends: Bang Bang has introduced a ‘New Moon’ skin for Chang’e that costs 899 Diamonds to the shop this month. From January 22 to February 6, old Lunar Fest skins for Odette, Lolita, Aurora, Luo Yi and Sun will return to the shop for anyone who missed out on getting them last time.

Valorant Episode Six, Act One’s battle pass doesn’t directly celebrate Chinese New Year, instead opting for a mish-mash of cosmetics inspired by all the annual celebrations going down in early 2023 - including New Year’s Day, Valentine’s Day and Chinese New Year. We’re getting a new map called Lotus and three skin lines in the battle pass. Look out for the Chinese New Year-themed Good Fortune spray and New Year’s Knot buddy too. Alternatively, you could grab the Luna Bundle, which contains cosmetics celebrating the Year of the Rabbit starting January 26. 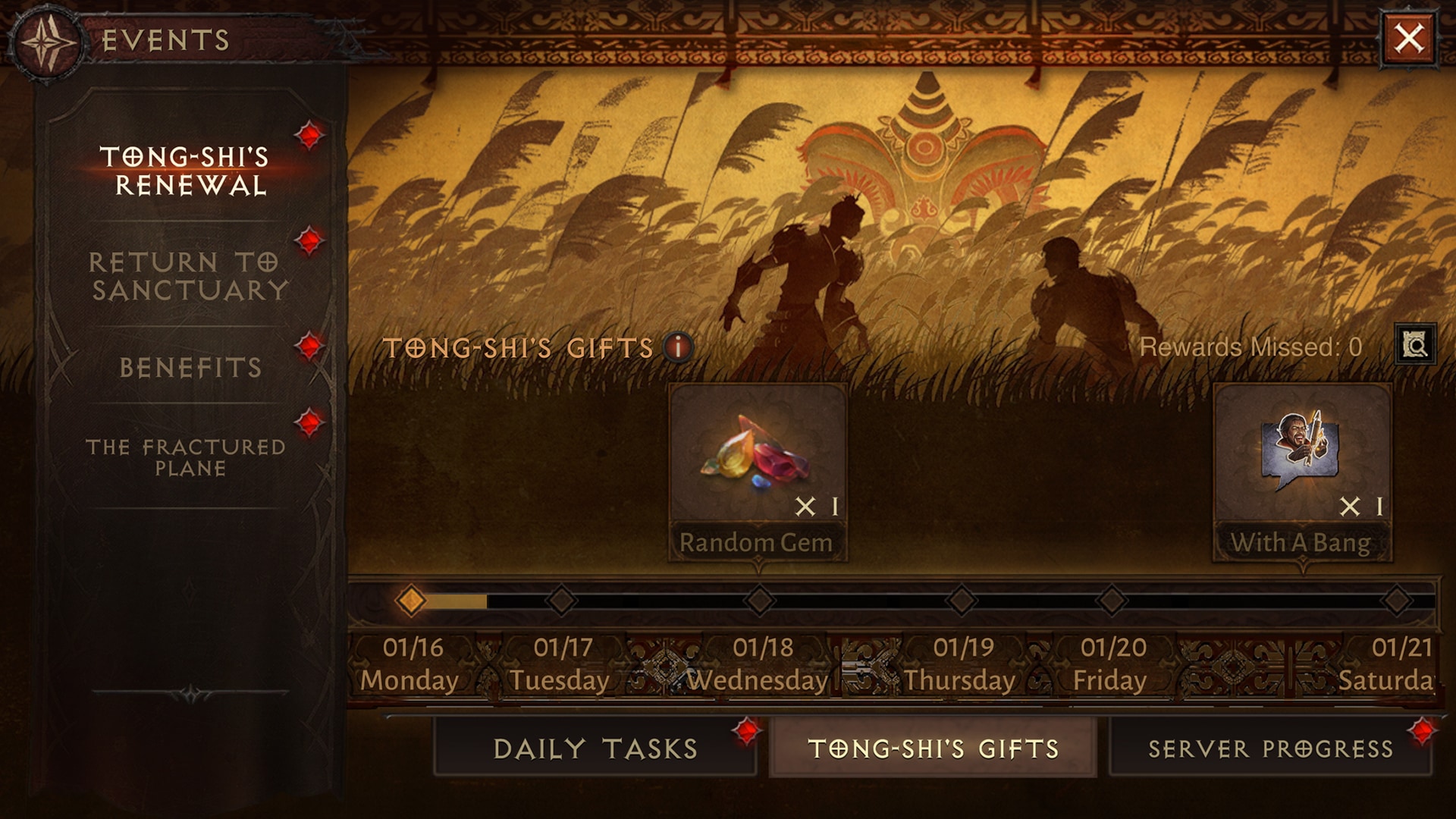 Diablo Immortal’s Lunar New Year update is a big one, adding festive missions and rewards to the game that players can redeem from now until February 6. The big headliner here is Tong-Shi’s Renewal event, which gives players the chance to earn rewards like Red Bags, Tseym, portrait frames and an emoji - some of which you can pick up just by logging in. It’s a good time to get into Diablo Immortal, as the game has just entered its ninth season of content with 36 new Legendary items, higher difficulty levels and more.

Genshin Impact is bringing back its seasonal event, the Lantern Rite festival to kick off Chinese New Year. In the game’s Version 3.4 update, titled the Exquisite Night Chimes, Lantern Rite will see characters from Liyue return with paper lanterns in hand to brighten things up - though, of course, there will be plenty of rewards to keep you playing through the event too. Primogems, Hero’s Wit, Crown on Insight and much more will be up for grabs when the update launches later today.

Are you playing any of these games this weekend?