I honestly thought it’d be sooner.

These are the words that crossed my mind earlier this month when I read Sir Scoots’ tweet about the rumors of ESGN staff not being paid in months. I recall them again as I go through Joe “Interzone” Edwars’ follow-up article on onGamers stating that the company with the most opulent plans eSports has seen in a while continues to struggle paying what it owes. The fifteen minutes of fame have ticked away as players and staff members alike are left waiting for their salaries and winnings to emerge from somewhere while staring at the shallow pockets of Clauf. Pockets which only this March were filled with $34,5 million and were looking as deep as the ocean.

SSNN: Hearing rumors that some folks at ESGN have not been paid in months...trouble in Money City?

I honestly thought it’d be sooner because everyone who closely followed ESGN’s brief life under the spotlight saw this coming from the very first moment that the project was teased. It began in December when more than two hundred journalists and media representatives flocked to Waldorf Astoria hotel in Berlin – located in the heart of some of the most prestigious parts of the city – to attend the grand display of lavishness. A bright future of eSports was promised as gilded muscles were flexed but the veterans of the industry, or anyone with half a brain really, knew well this was a hollow bravado. No company or entity with actual plans of development would spend five figures just to show off. So instead of convincing the eSports world of their intentions, ESGN set off their expiration clock.

Ironically, instead of impressing, the amount of money poured into the launch of this new project raised additional questions, most of which could be easily summed into “Who the fuck are these guys?” The "About" on Clauf's webpage spoke of "Korean roots" and "headquarters" in Berlin which sounded all too familiar and it didn’t take a lot of time before strings connecting ESGN with the dolefully famous Azubu appeared. The eSports world had not yet forgotten Azubu’s questionable management of their offices and pro teams as well as the unclear origins of the money they so willingly spent towards building Azubu.tv, a streaming platform to compete with Twitch.tv.

A later investigation by Esportsheaven proved that the connection between ESGN, Clauf and Azubu is indeed a close one. In his article from April this year, Lewis mentions one Kim Seok-Ki – the man behind Azubu as the major shareholder in parent company SYS LIMITED – as a key person in Sapinda, Clauf’s prime investor. No Quantic people involved at least...

Despite all the fishy background and the air of suspicion and prejudice, the eSports audience nevertheless turned eyes to ESGN’s projects, whether from curiosity towards their vision of eSports coverage or expecting the demise. In January, the widely promoted ESGN.tv launched with two shows, the Fight Night Hearthstone showmatch series and the ESGN Daily News segment. And while the thirty-minute news recap looked odd in an age where new information is gobbled by the community every minute and no one really needs the gaming equivalent of the 19 o’clock news, the Hearthstone tournament showed promise.

Familiar faces and eSports icons like Frodan, Artosis and Kripparrian acted as the much needed poster boys for this debut show. Staring from between the tits of the “god-knows-why-they’re-there” ring girls, their task was to pave ESGN’s way into glamorous eSports future. It was unsurprisingly easy at the time: Hearthstone was the golden hen that was yet to lay eggs, the community didn’t know better, there were no offline events whatsoever and the saying about the one-eyed man in the land of the blind was very applicable. It didn't matter that players were finding their opponents by spinning the wheel of fortune, an item that should've gone extinct somewhere in the early 90's. It was entertainment that was missing and very needed and which they were delivering in somewhat attractive fashion.

For the first time, I thought that the guys responsible for the cringeworthy Teemo commercials might actually have something in mind. 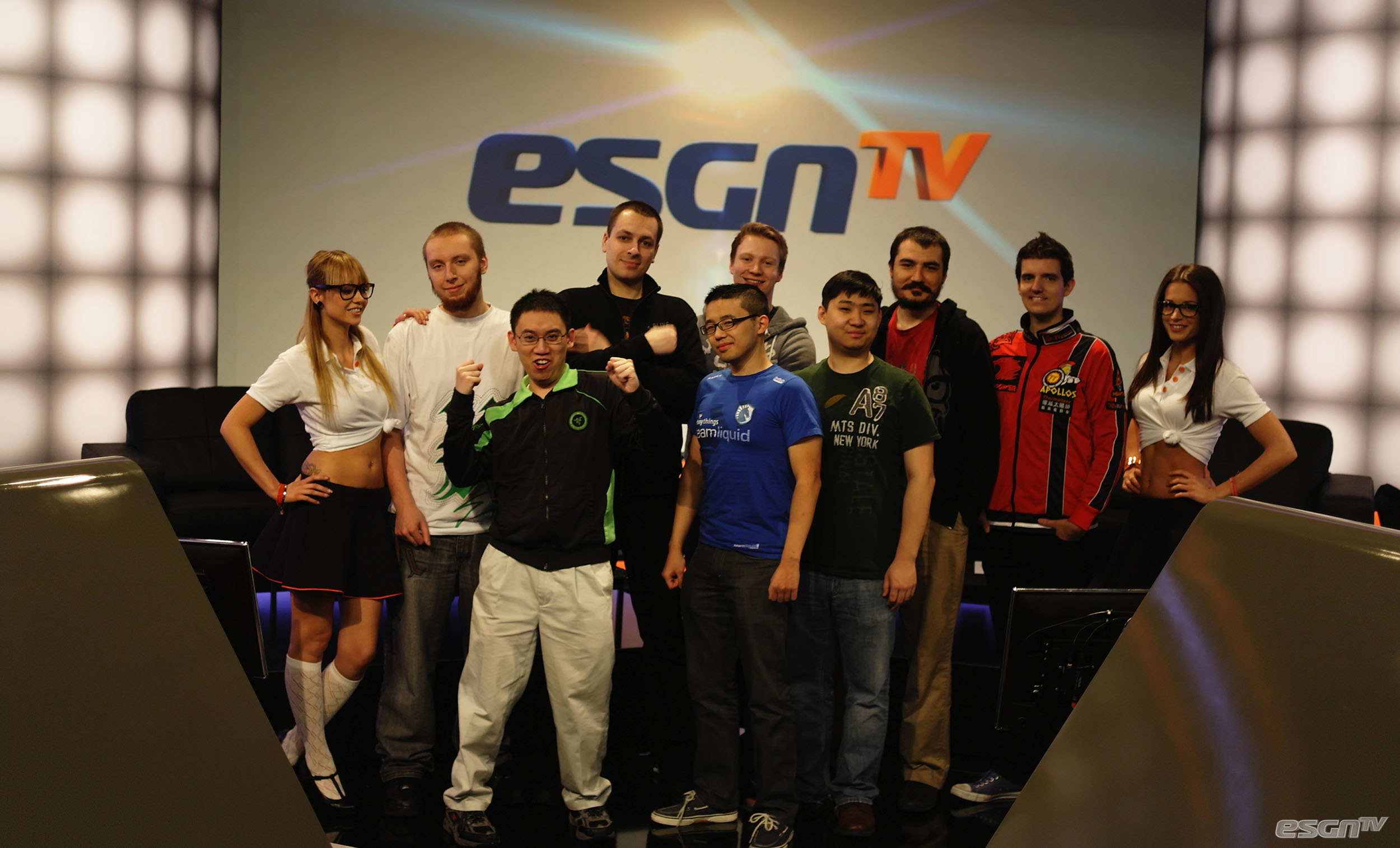 These thoughts came crashing as I met ESGN staff in person for the first time during the days of SeatStory Cup in Krefeld. Dazed by the three kilotons of equipment they had brought to Take’s apartment, I eventually made acquaintance with people full of enthusiasm, energy and passion. And zero idea how to produce eSports content.

We held several conversations during the weekend as me and my colleague tried to explain why they’re doing it wrong. Why there’s a thin but important line between “well produced” and “over-produced”. Why viewers nowadays can’t be bamboozled or “bought” but rather have to grow to love your product naturally. Why the quality content must come before the expensive post-production and not the other way around. How we’ve seen plenty of cash towers crash and burn, having been built with no idea, from the roof down. Why bringing a whole crew of sound engineers and directors is downright stupid if your entire program is Ek0p wearing a tiger hat and Stephano eating chicken wings. We never directly said “and this is why you’ll run out of money” but we honestly didn’t think it was necessary. Apparently it was because nothing ever changed.

The funniest thing was that most of the ESGN staff were very aware of what was happening. During that same weekend, an employee of the company actually confessed to us that he wouldn't be watching this if it wasn't his job. That same line of thinking re-appeared a few more times as we conversed about the company and the Berlin studio further. These were people who were definitely not living and breathing eSports, although they were very vocal about how they "love it". Low-tier and managerial crew alike were good in their field of work but had no idea how to apply their knowledge to develop an eSports product. It baffled me that people had moved to Berlin from as far as the USA to do something they didn't know how to. When we asked what are they doing there if they have no experience in this industry, their answer was simple: It's earning me a paycheck.

As time went by, Clauf and ESGN continued to ooze funds and air shows which were very evidently incapable of returning the investment. Meaty prize pools were thrown out almost every week, as the Fight Night series alternated between different games. Close to $10,000 were spent on the first two seasons of Hearthstone and another $26,500 in total for the other four, which dwarfs before the maximum payout for those events. $15,500 for each of the eight Hearthstone Fight Night weeks and $25,000 for each of StarCraft 2 and Street Fight events totaling up to $74,000 in possible expenses, not counting players’ and casters’ flights (many of which intercontinental) and accommodations and studio production costs. 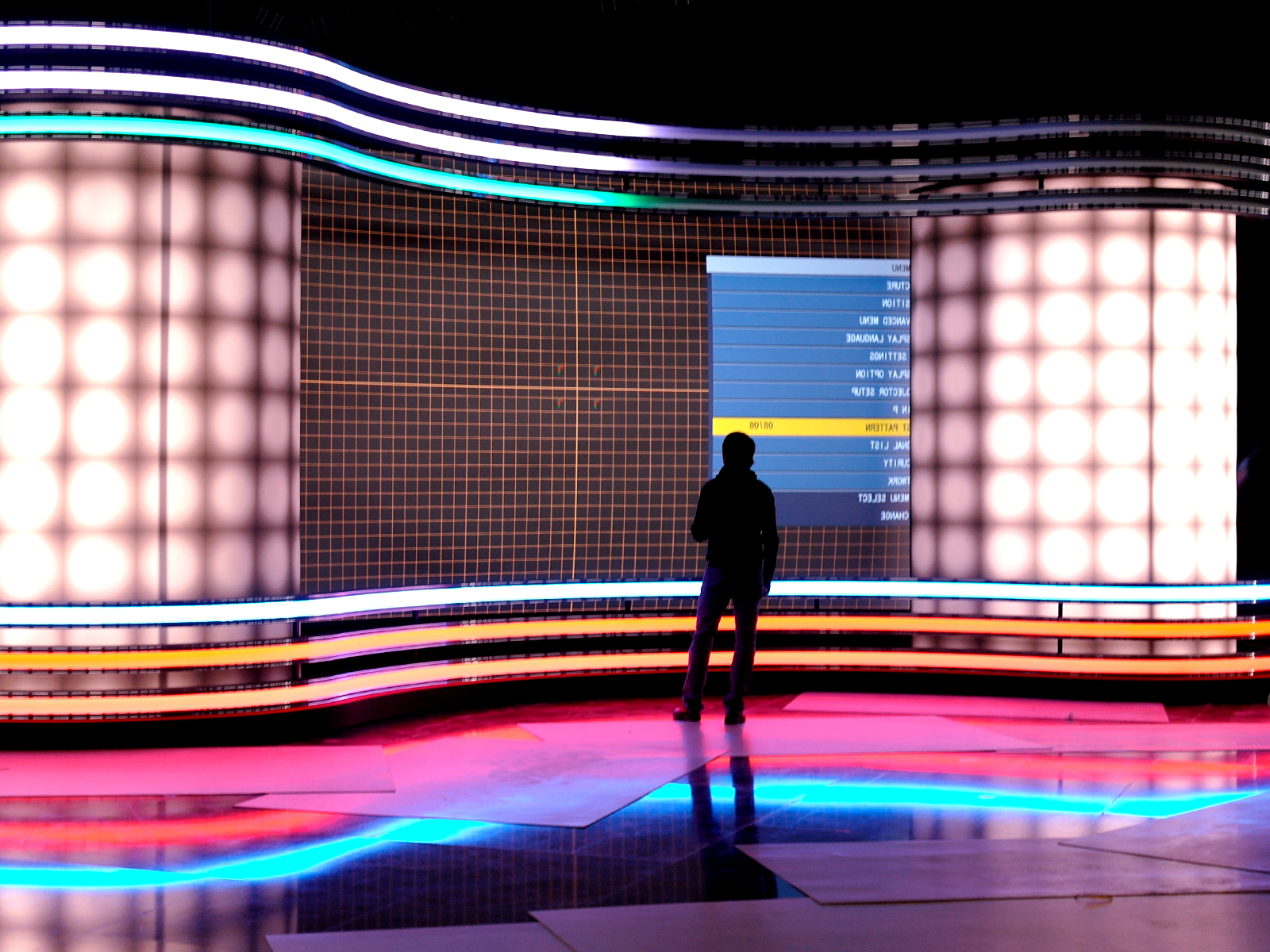 Struggling to produce intriguing content mostly because of the aforementioned complete and utter lack of experience in the industry, ESGN’s decline was now visible coming into the spring of 2014. Even the Hearthstone viewer base, despite starving for any kind of content, gradually lost interest as they were fed an outdated product spread over too big a time span. As the scene grew, community’s eyes looked for alternatives elsewhere and they quickly found them. The decreasing numbers that Interzone’s article and Clauf CEO Jong Hwan Lee now speak of was inbound.

This is the point where the damages of hiring eSports laymen to run an eSports company culminate. This industry might be young but there already are a lot of examples what works, what doesn't and how something can be fixed. These are not heavily guarded secrets but readily available to anyone willing to put half a week of research and reading on eSports' history. It's not learning the abacus but it's not rocket science either. It simply requires people who know their way around this world; who understand the dynamics of supply, demand and consumption of eSports content; who will not panic at the first sight of decreasing viewership, turning hiring into firing in the blink of an eye; who are aware that throwing money left and right impresses nobody in the age of $7,000,000 prize pools. We're not that gullible anymore, sorry.

Today, we’re staring at the rotting carcass of an initiative that was stillborn way back in December 2013. Eight-figure investments are burnt out. Players and employees are left empty handed. The company is headed towards a €1.5 million loss for its first year. The black PR will be carried around by players and journalists, making the recovery difficult, if not impossible. Another “restructuring” will happen, offices will be closed and employees will be left out wondering what the fuck just happened.

In a few months, “this got Clauf’d up” will be scribed in the eSports glossary. Just you watch.