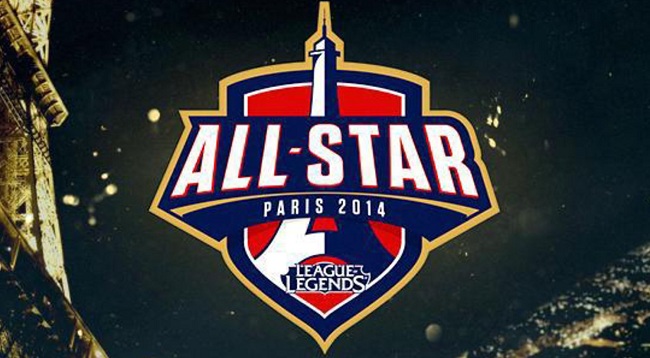 With the League of Legends All-Star Paris 2014 event finished, it is time for the recap of the invitational tournament, the show matches, and most of all - the live experience in Le Zenith hall in Paris.

The madness began on the 7th of May and continued for 4 full days up until 11th. The whole event was held in Le Zenith arena in the beautiful la Villette Paris. The first day began with a lot of anticipation and excitement in the air. The French crowd was ready for 4 days of the highest class of League of Legends games. 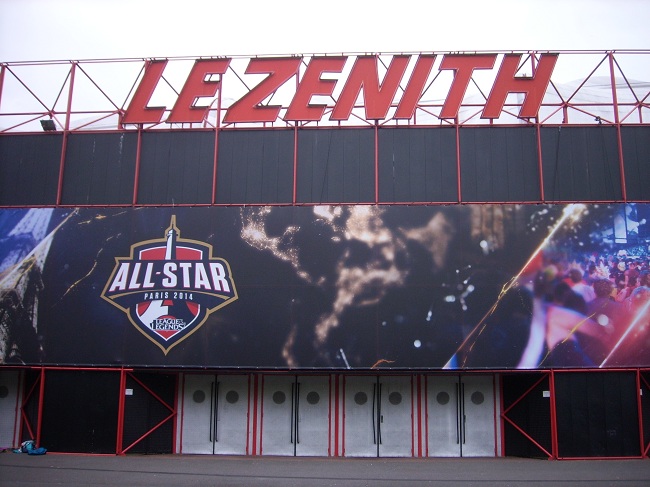 The "Le Zenith" hall in Paris

The day started explosively with Team Ice, lead by Froggen,  facing team Fire, with Diamondprox as captain. It kicked off in a crazy URF mode game, where Bjergsen dominated on his Ezreal. The day presented 5 games from the invitational tournament, which did not go as expected by the crowd as the home favorite team Fnatic lost both of their matches to the Chinese OMG and the North American Cloud 9.  Luckily Fnatic were not quite out of the tournament as the Taipei Asssasins also lost both of their games. After all 5 matches were played, SKT T1 and OMG lead the group with 2 wins and 0 loses each, followed by C9 with 1 win 1 loss and at the bottom were Fnatic and TPA with 0 wins and 2 losses. 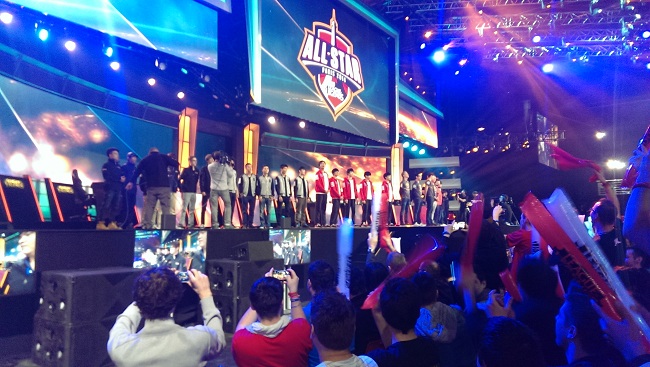 Riot introducing the five teams participating in the All-Star tournament

Day 2 started with a Hexakill game, where Team Ice and the super motivated to win Doublelift/Madlife combo destroyed team Fire equalizing the score. 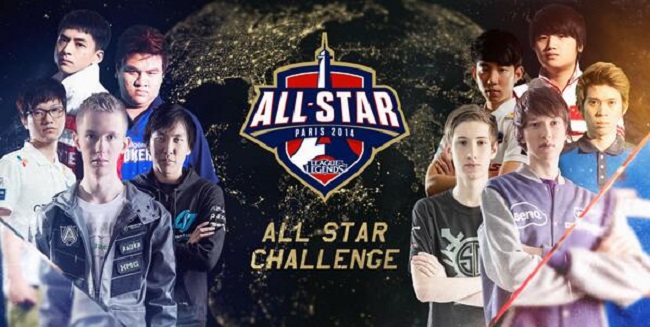 The members of team Ice and team Fire

The invitational tournament started with the most anticipated match between SKT and OMG. The Koreans won and went on to be the favourites to win the tournament. It was a great day for Cloud 9 since they won both their games against TPA and OMG. Meanwhile, Fnatic showed signs of life when they faced SKT. Even though they lost, their performance was much better. The last game of the day was a face-off between Fnatic and TPA in a direct fight for the last spot in the playoffs. Every successful move of the Europeans was cheered by the home crowd, which seemed to give them strength to take the game and qualify for the semi finals. 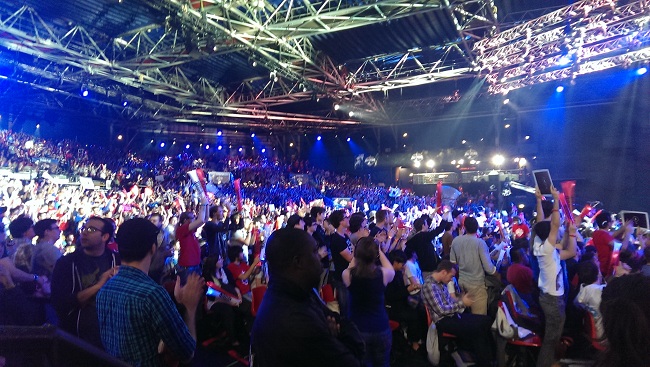 The french crowd cheering for Fnatic after their victory against TPA

Day 3 started with team Ice facing Fire in a standard game, with the champions being selected by the fans.  Team Ice came out on top as Cool in the jungle on Lee Sin performed better than Dimondproxx on his Lee Sin, but the real star was Froggen going 10-0-14 on Anivia, proving he is still the best Anivia player.

The semi finals kicked off with OMG seeking revenge on C9 for the loss to them in the group stages. The first game C9 holding an early advantage, but after continuous mispositioning, they managed to throw the game.  Game 2, however was not even close - OMG stomped the demoralized C9 team.  Even with the loss, it should be noted that C9 played amazingly, having in mind CLG Link came into as replacement of Hai, who was having health issues and could not fly to Paris.

During the group stage Fnatic showed resistance in their game against SKT T1. However in the semi finals SKT T1 came out for blood. Right from the start they destroyed the small confidence Fnatic had left in themselves and by the 10th minute Piglet on Twitch was a monster that could not be stopped. Game 2 was not much of a difference and SKT went to easily win the best of 3 series. The crowd, however, never stopped cheering for the Europeans, even when they were losing badly. The home favorites even took a bow to the fans after their loss to SKT, while getting a standing ovation from the amazing crowd. 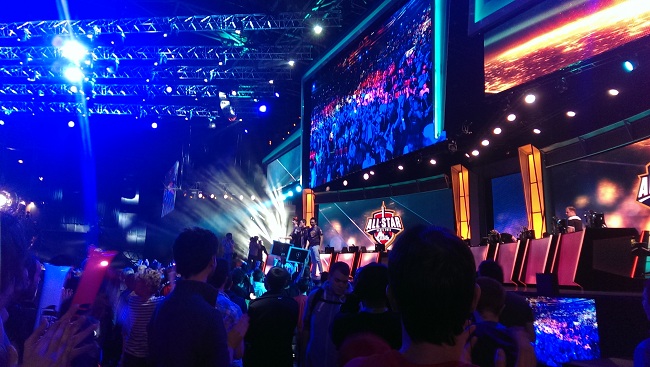 The final day of the tournament started with the three 1vs1 games and one 2vs2 game that team Ice played against team Fire in order to determine the champion of the tournament. Riot made the final day even more exciting as the players were sitting among the fans and were coming on stage for their games. The crowd was getting more and more excited as Doublelift/Madlife's Varus/Kennen lost to Bjergsen/Diamond's Annie/Brand which lead to a 5-5 result between the two teams. Everything had to be decided in the last Superstar game which faced Froggen on Yasuo against Weixiao on Jarvan IV. After a series of favorable exchanges, Froggen managed to destroy the tower of Weixiao, winning the tournament for team Ice. 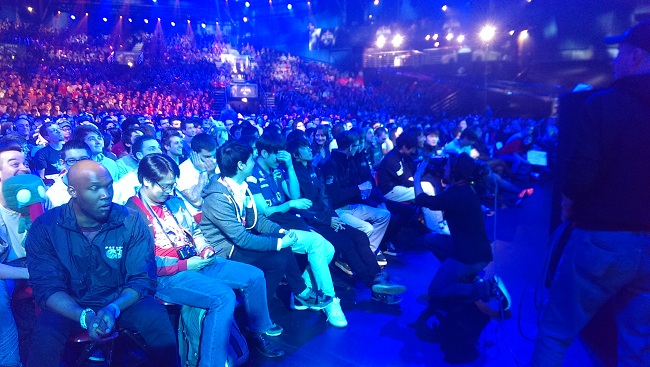 The final of the invitational tournament faced the Koreans from SKT T1 against the Chinese OMG. During the whole tournament those were the teams pointed out by both fans and analysts as favorites to win it as SKT are S3 world champions and OMG are the current number one team in China. In game one, SKT allowed OMG to pick their favourite champions including Syndra, Renekton and Twitch. The match was extremely close as both teams had a small lead at one point or another. However after a successful baron fight, SKT pulled ahead and could not be stopped which lead to a 1-0 lead. After losing on their best champions OMG looked demoralized as game two was much more straight forward win for SKT, while game three was total destruction, bordering on humiliation. In that way SKT T1 won the tournament without losing a single game. 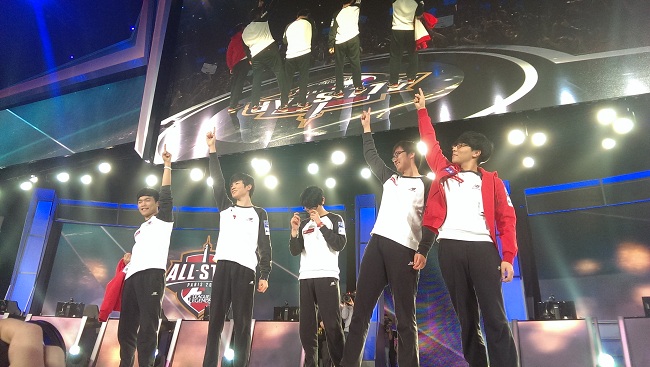 SKT after their win over OMG in the grand finals 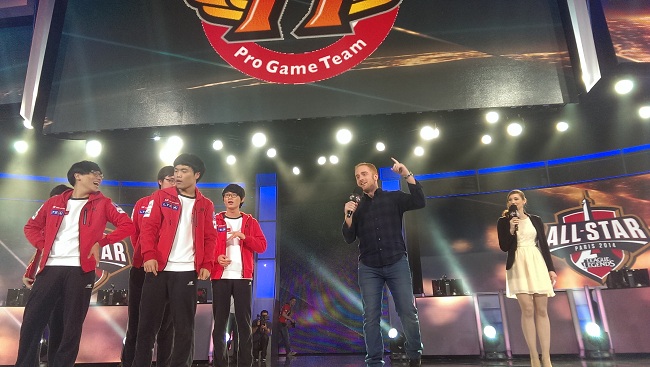 THE LIVE EXPERIENCE of All-Star Paris 2014

League of Legends All-Star Paris 2014 was a thrilling event. Everybody from the fans, through press, to players were having fun and enjoying themselves in the unique environment created by Riot and the fans. While the games on the stage were the main entertainment the fans in Le Zenith arena never got bored. During the breaks the fans had fun taking pictures with different pro players such as Diamondproxx, Yellowpete, Froggen, Bjergsen and others. Others were lining up for autographs from SivHD, Dan Dinh, Madlife, and other relevant League figureheads.

As with most events, cosplayers were abundant around the arena. Some great costumes could be seen such as Riven, Lee Sin, Annie, Shyvana, Fiora, Janna, and more than one Nidalee. The fans could not only take pictures with their own cameras, but Riot provided high quality pictures of the fans and the cosplayers on their Flickr. In addition, Coca Cola had a booth where people could win pictures with Fnatic. As it could be seen from the stream, there was a wall where all fans could write on as an eternal memory of the event. Last but not least, during breaks,  the staff was throwing toy "Ziggs bombs" around the crowd to keep them entertained. 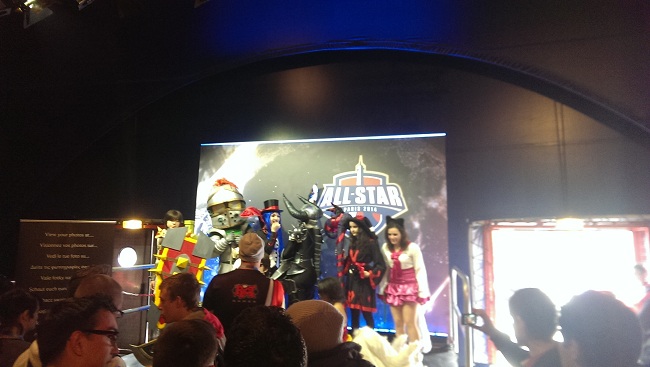 Some of the cosplayers at All-Star 2014, including Singed, Amumu, LeBlanc and Shyvana

When it comes to the organization of the event, it seemed as Riot have done a flawless job. The access to the arena was easy and well organized and huge queues were avoided. The usual bag of goodies (including a team Ice/Fire t-shirt, a Riot skin code and some extras) was given upon arrival to all of the fans. There seemed to be no problems with the seats or any of the required for the event facilities. The press was also taken good care of, as special rooms with welcoming conditions were provided. As the live commentary in the hall was in French, the hosts took care of the English speakers by providing free FM Radio signal with the live English stream commentary. Last but not least the players had their own rooms, where they were not disturbed by fans or press. 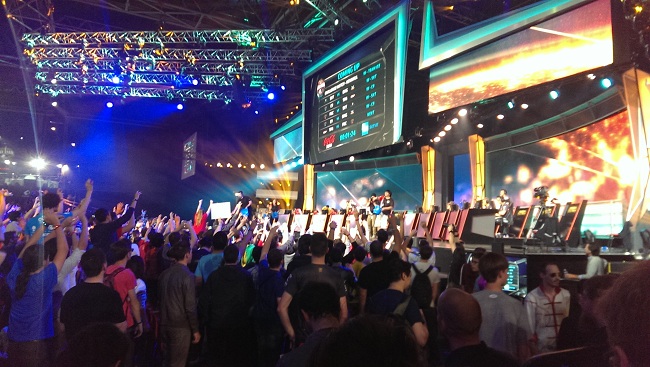 As final words, all that can be said is that All-Star Paris was more than a worthwhile experience. The crowd became louder and louder with every passing day. The French commentators encouraged the fans to go wild. They sang "Happy Birthday" to Faker, cheered on every successful team move and on every minion CS at the final Fire against Ice fights, screamed "This is Sparta" during every Pantheon initiation and much more, creating a unique atmosphere that is going to set an example for every other crowd around the globe. I can give only one advice to the fans of League of Legends - "When there is a live League of Legends event near you, go, participate, be part of an unforgettable, once in a lifetime experience".

All photos credit to Riot and the author himself.