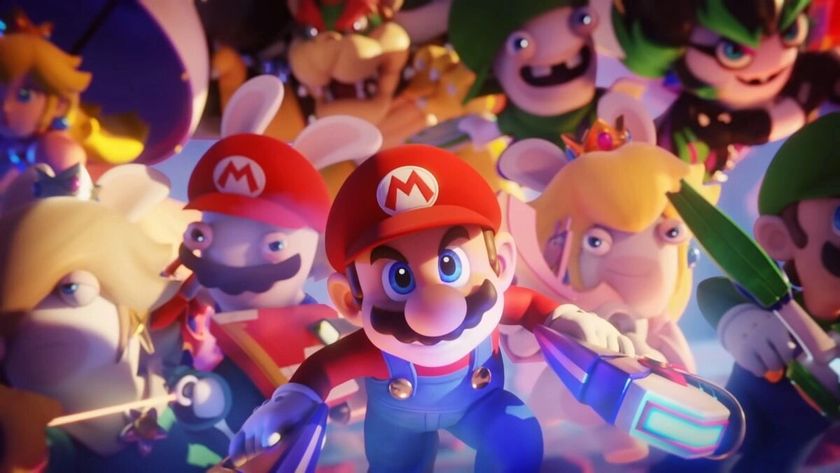 Nintendo and Ubisoft are at the top of their game in the new Mario + Rabbids adventure.

Popular Italian plumber and full-time Nintendo mascot Mario has led his fair share of videogames over the last few decades. The Mario Bros. might have gotten their start in a simple 8-bit platformer, but the duo have gone on to star in sports games, racing games, open-world games, horror games and RPGs - just to name a few. Mario has always been one of gaming's most flexible protagonists, able to bend and squeeze into whatever role he’s called for. Even despite this, the very idea of an XCOM-like turn-based strategy Super Mario game co-starring characters so frequently annoying as Ubisoft’s Rabbids just seems… ill-advised.

As it turns out, it’s actually a brilliant idea. After 2017’s Mario + Rabbids Kingdom Battle became a sleeper hit, Nintendo and Ubisoft have decided to do the responsible thing and give us a sequel in Mario + Rabbids: Sparks of Hope. This time, Mario and friends have to band together to stop a strange entity called Cursa from spreading its darkness across the galaxy and plunging it into further chaos. Ubisoft and Nintendo’s follow-up is full of big ideas, colourful levels and expanded gameplay - a bigger and bolder step into a franchise that I sure hope isn’t over yet. 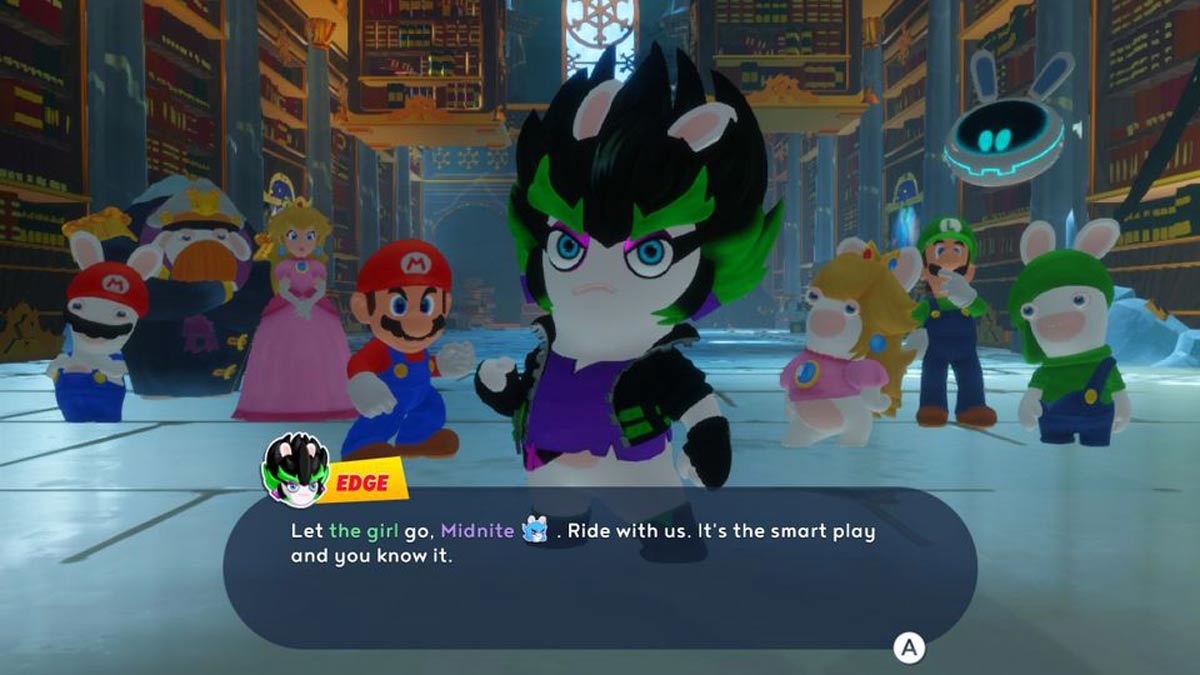 Sparks of Hope picks up after the events of the first game, with Mario and gang enjoying the lazy benefits of peacetime in Mushroom Kingdom alongside their Rabbid counterparts. When four Sparks (a mix of Super Mario Galaxy’s Lumas and Rabbids) arrive at the kingdom, the gang becomes aware that a powerful entity called Cursa is trying to use the Sparks to infect the galaxy with a black goop called Darkmess. Mario and friends then set out on an adventure across the galaxy to collect Sparks before Cursa can get to them, and liberate planets of the sinister Darkmess.

Sparks of Hope is a more ambitious game than Kingdom Battle by multitudes, and part of that ambition lies in its sheer environmental diversity. While Kingdom Battle mostly took place in Mushroom Kingdom, Sparks of Hope immediately jettisons you into a planet-hopping adventure across space, with each planet comprising different biomes, species and enemy types. It almost resembles Super Mario Odyssey in scope, but the story remains as tight and focused as a Mario game can be with this small a cast and so simple a goal: collect the sparks, save the galaxy. It’s not super enticing to follow, but it’s perfectly serviceable and held aloft by its bubbly cast of characters.

Mario is joined by his companions from the previous game: Rabbid Mario, Luigi, Rabbid Luigi, Princess Peach and Rabbid Peach - all playable characters in the roster. Joining the crew are a few faces: a constantly-drowsy Rabbid Rosalina, the one and only Koopa king Bowser, and an edgy sword-wielding goth named… Edge. While the old characters somewhat fade into the background of this story, the new characters make up for it. Thankfully, the Rabbids aren’t as grating as they might first appear. In Edge’s case, watching these cartoons take themselves so seriously only makes them funnier. 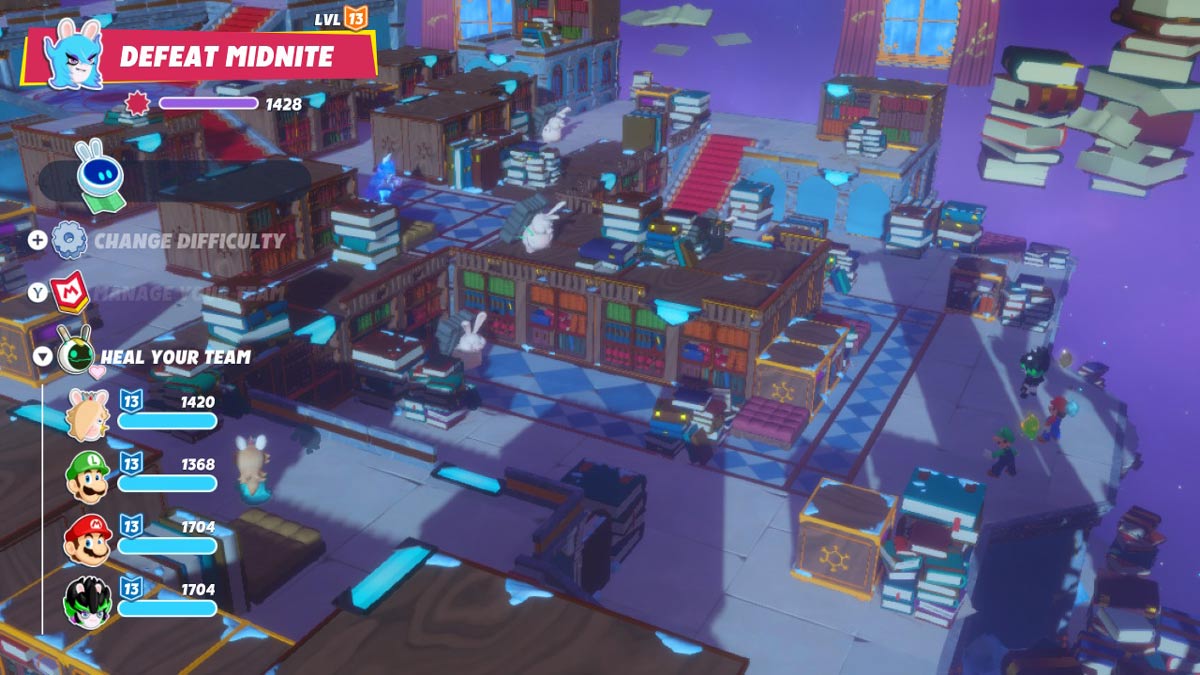 Mario + Rabbids Sparks of Hope is a turn-based strategy game that plays like a family-friendly take on XCOM and Divinity: Original Sin. Encountering enemies in the overworld throws you into small maps where each character on your roster is allotted a certain amount of moves per turn, and once they’re all used up, the enemy advances. Not only can your characters now move anywhere on the map depending on their range stats, but they now have a few real-time actions at their disposal. For example, you’ll frequently encounter Bob-ombs on the map. Dashing into these enemies will activate a timed explosion, but you can just pick them up and move to throw them at enemies in real time.

Combat generally feels a lot more fluid and fun with these added touches - and that's a relief, considering how much of this game you spend fighting things. Enemies will react with fear when you close in on them, while allies react in joy when you give them a buff. Mario is just another character in the roster now, and by far the most plain to use. Other characters have more specific roles in battle: Luigi is a long-range sniper, Rabbid Mario is a short-range brawler and Rabbid Peach is a support healer. Each playable character comes with specific combat techniques that can be further upgraded via a skill tree, but you can also collect Sparks and attach them to characters for bonus abilities, like AoE attacks or shield buffs.

Turn-based combat is always a tricky thing, since enemy encounters are always just a hair’s breadth away from becoming repetitive. Sparks of Hope never feels too stale thanks to its impressive variety of playable characters, build diversity and enemy types. This also feels like much more of a Mario game than its predecessor, placing more focus on exploration and sidequests. There’s always something to do when you’re not pursuing each planet’s main questline, whether it’s helping out civilians or stumbling onto secret rooms. These little moments of discovery help the game break up its combat setpieces, so it doesn’t feel like you’re constantly running through a gauntlet of fights the entire time. 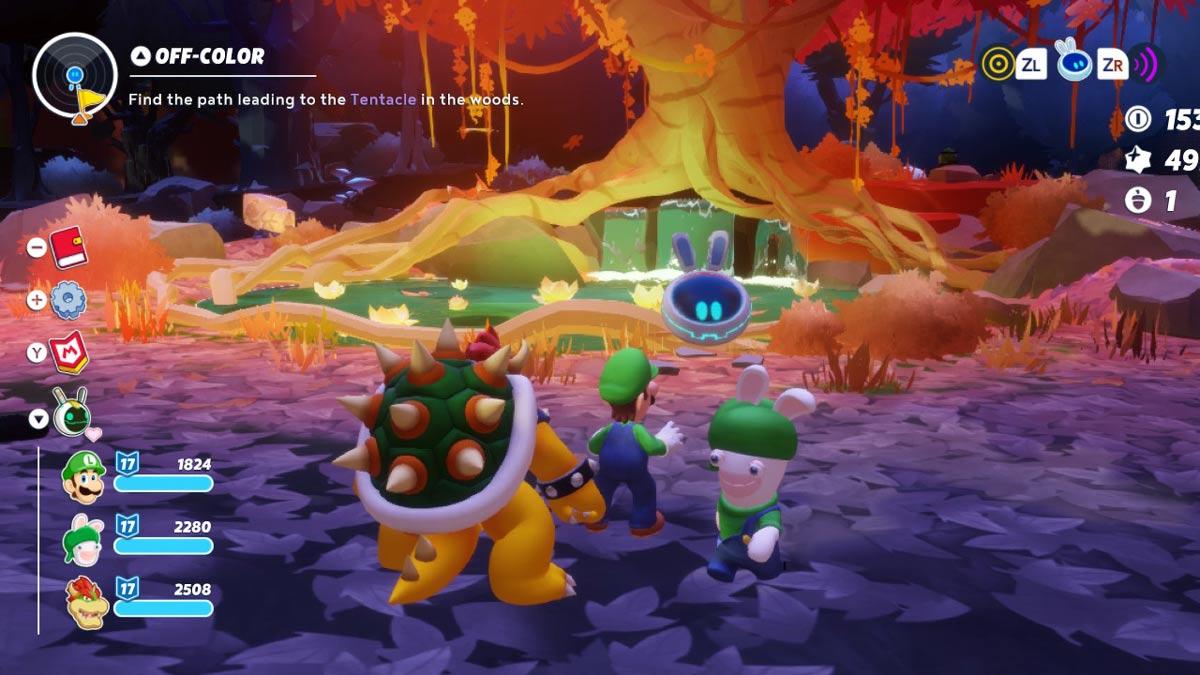 Mario + Rabbids Sparks of Hope is shockingly good for what it is: a sophomore outing for a concept seemingly destined for failure. Nintendo’s own attempts to squeeze spin-off games out of the Mario franchise have been hit-or-miss lately (just look at the new Mario Golf and Mario Party games as proof of that), but Ubisoft has clearly landed on a concept that works here. With an expanded combat system that allows you more control on the battlefield, deeper exploration with more downtime in between battles, and new characters that shine in a pretty decent campaign, Sparks of Hope is a phenomenal sophomore outing for what I hope becomes a longstanding Mario franchise - and that begins with a sequel. Clock’s ticking, Ubisoft.

Have you played a Mario game before?