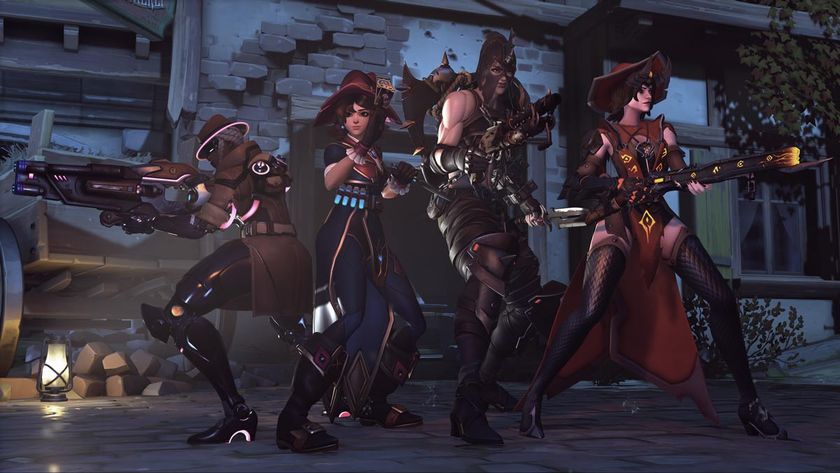 Halloween Terror returns in Overwatch 2 with a new co-op mission, but less free stuff than before.

Blizzard has revealed more details on Overwatch 2’s first seasonal event, Halloween Terror, which kicks off this week. The event returns from the original game with a new co-op PvE mission called Junkenstein’s Revenge: Wrath of the Bride, which acts as a sequel to the Junkenstein’s Revenge Halloween-themed missions of yore. The event runs from October 25 to November 8.

Here’s a trailer for Halloween Terror 2022:

Halloween Terror is one of Overwatch’s annual events, rotating in every year around October with new skins but only meagre additions to its old wave-based PvE mission Junkenstein’s Revenge. That changes this year, with the release of Overwatch 2. A new co-op mission called Junkenstein’s Revenge: Wrath of the Bride continues the alternate-universe storyline of the old mission, with a new cast of playable characters. The original mission will also be playable as a separate game mode.

The new mission looks like a pretty sizeable upgrade. Instead of just standing in one place and fighting off waves of enemies to defend a door, players will now explore a bigger slice of Eichenwalde in a squad composed of Ashe, Kiriko, Sojourn and Junker Queen. The event’s bosses have also changed, with Sombra (now Junkenstein’s Bride), Winston and Symmetra showing up as villains. The trailer also teases that we’ll fight against an all-new creation of Junkenstein’s. It was Roadhog last time, but who knows what else that Australian maniac has up his sleeves?

The new mission is pretty exciting, but there’s very little else to look forward to here. Old seasonal events used to include challenges, which players could complete to earn multiple Hero skins. They could also grind through gamemodes for lootboxes and credits, which would give them access to limited-time-only event cosmetics - and all of this was free. In Overwatch 2’s Halloween Terror event, all the good stuff is locked behind a paywall in the in-game store.

To be fair, challenges have returned - you can complete special challenges to unlock a name card, a Jack-o’-Lantern weapon charm, some Battle Pass XP and sprays. That’s a real downgrade from what we used to get in the first game. A few good-looking Halloween-themed skins are coming for Kiriko, Sojourn and Junker Queen, but those will only be available to buy for real money via the in-game store.

Starting from October 26 at 2am (GMT+8) however, you can get a free Werewolf Winston skin by watching any Twitch streamer play Overwatch 2 for four hours. All players will also get previously-announced apology goodies for the sequel’s rough launch, including a weapon charm and a Legendary skin. From October 28 to October 31, the sequel will also run a double XP weekend to help players catch up on the Season One Battle Pass.

Some other stuff is dropping with tomorrow’s update, too. Bastion will finally make his grand return to the game after being disabled from play due to a bug, and Torbjorn should finally be playable in Competitive Mode, along with the Junkertown map. The latter two were temporarily removed due to - you guessed it - bugs. Rumours are circulating that we might also get some balance changes to nerf heroes like Sombra and Genji, who are a wee bit annoying to play against right now.

What do you think of Halloween Terror 2022?

Everything you need to know about Broken Moon, the latest map coming to Apex Legends