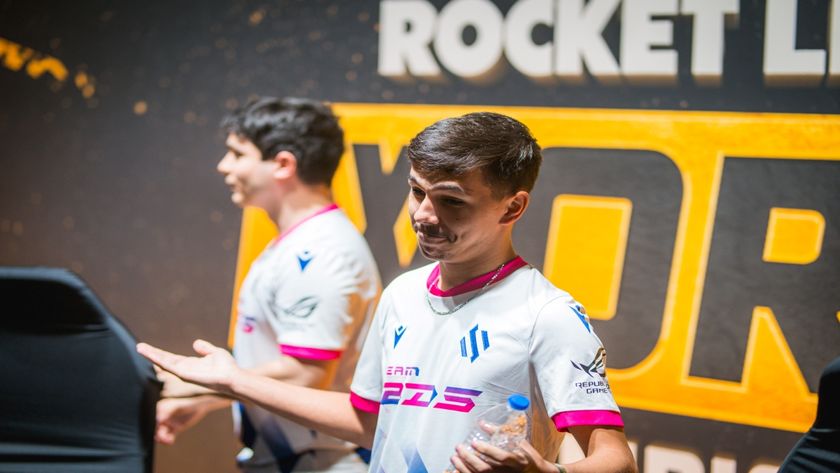 Team BDS are the RLCS 2021-22 season world champions after defeating G2 Esports in the grand finals 4-1. The Swiss esports org with a French-based team was previously the Fall Split Major champions before becoming world champions, further solidifying the EU as the top region in the world.

The grand finals was a classic 'EU vs NA' match-up with G2 being one of the crowd's favourites to lift the world title. Unfortunately, the Winter Split Major winners could not keep up with BDS' aggression and pace. This marks G2's second grand final appearance where they lost to the EU with Team Vitality taking the victory during season 7.

With The General NRG being the previous world champion, many expected the team to at least make it to the grand finals. But that wasn't the case as they were halted by a G2 side that seemed determined to win it all after a strong season.

But all credit goes to BDS, who did not put a foot wrong throughout the entire tournament. Starting from the group stage, they went up against two wildcard teams (Renegades and Version1), which they ended up winning fairly comfortably to make it to the playoffs. Karmine Corp proved to be the team's first real challenge at the RLCS world championship with KC taking BDS to all seven games.

Sadly, BDS proved too much for them, which is usually the case even during the regional splits. In the semifinals, BDS met FURIA Esports from South America, the only minor region team left in the tournament. Being the only dark horse during the playoffs, much of the crowd was behind the Brazilians to make it to their first-ever international LAN grand final. Alas, it was not meant to be as BDS rallied together to overcome an early 2-0 lead by FURIA and won the next four games in a row.

While G2 has proven during the RLCS world championship that they are the best NA team by a long shot, they were still miles away from where BDS are. This was evident during the grand final series with BDS winning three in a row before allowing G2 to claw one game back before delivering the killer blow. This makes BDS the sixth overall team from the EU to claim a world championship, putting the region well above all others.

With the last RLCS World Championship taking place over 973 days ago, it does seem fitting to crown a new world champion. To sweeten the deal, BDS was formed during the height of Covid-19 with the team outperforming everyone else in the EU during the online tournaments. With two LAN wins now under their belt, it will be an interesting next season to see if they can keep hold of their world champion credentials.

Who were you cheering for?