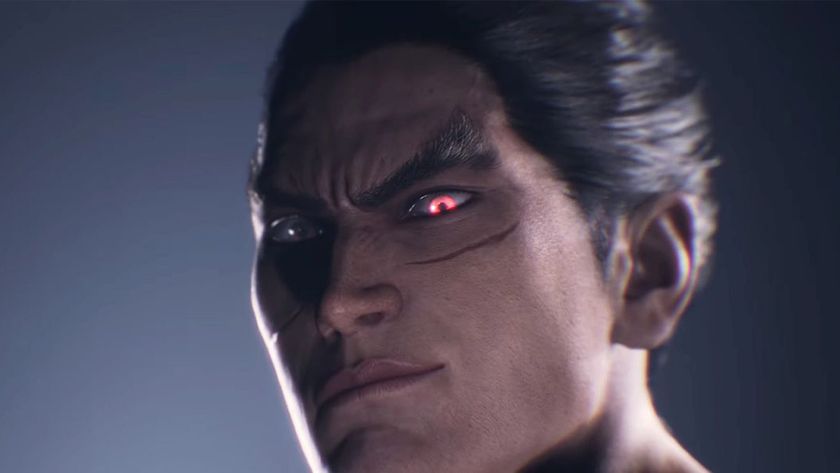 Everything we know about Bandai Namco's new mystery Tekken game

A new Tekken game was announced during EVO 2022 in the most confusing way possible.

During EVO 2022’s Tekken 7 grand finals, Bandai Namco decided to drop an announcement for a new Tekken game in the wildest way possible. A sudden and very short video teaser showed off a photorealistic Kazuya Mishima, sending the audience into an uproar - but they received no further elaboration.

The clip starts off with an infamous scene from the ending of Tekken, now ironically beloved for its badly-aged visuals. The scene follows Kazuya Mishima as he carries his father Heihachi to a cliff and tosses him away carelessly, before grinning at the camera. This time however, the video glitched out and for a few seconds, revealed a modern Kazuya with updated visuals and the caption, “GET READY.” Series creator Katsuhiro Harada then ran up to some stunned announcers, jumped up and down with them, and promptly left without any explanation.

The message is clear: a new Tekken game is in development, and it is very likely a sequel to Tekken 7. Tekken games have long lifespans, with seasons of DLC keeping individual installments going for many years before a sequel arrives. Tekken 6 was released in 2007 while Tekken 7 was released in 2015, giving players an eight-year gap in between games. It has now been seven years since Tekken 7, so if we’re getting our math right, Tekken 8 should be due next year.

There’s always a chance that we’re getting a Tekken spin-off instead, or a reboot harkening back to the first game seeing as that specific clip of Kazuya was shown as a teaser. It’s been a long time since Tekken 7 hit consoles and some aspects of the game have aged pretty badly - such as its long loading times - so it’s easy to get excited by a sequel that already has so much potential. Tekken 7 has already sold more than nine million copies worldwide, so it’s not like Bandai Namco has been twiddling their thumbs for the last seven years either.

Tekken fans are getting fed pretty well this month. On top of this bizarre announcement, Netflix is releasing an animated adaptation of Tekken 3 called Tekken: Bloodline next week. The story follows Jin Kazama, the son of Kazuya, as he trains with his grandfather Heihachi to get revenge against Ogre, a monstrous evil he believes to have killed his mother. Tekken: Bloodline hits Netflix on August 18 and while we’re on the subject of game adaptations, DOTA: Dragon’s Blood Book 3 also hits Netflix on August 11.

Do you think this is Tekken 8 or a separate Tekken project?

Tekken 8
Thank you for voting!
Separate Tekken thing for sure
Thank you for voting!
Timothy “Timaugustin” Augustin
Tim loves movies, TV shows and videogames almost too much. Almost. Find Tim's (other) ramblings on Twitter at @Timhuntszombies if you'd like.
Share Tweet
2 people reacted to this post