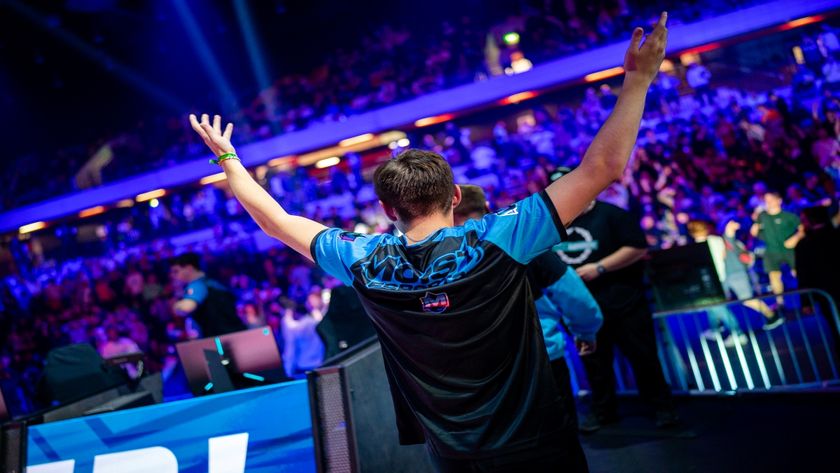 As things stand, Moist Esports have become the team to beat after an emphatic grand final at the RLCS Spring Major. After being sent to the lower bracket, Moist had an uphill climb to the grand finals where they had to face Team Falcon in two best-of-seven series. The young squad won the first series in a nail-biting 4-3 win to reset the bracket. Include that with the roaring crowd at the Copper Box Arena, was all Moist needed to take the second series convincingly, taking out Team Falcon 4-0 to claim their first-ever RLCS Major title.

However, there was more from the five-day tournament than Moist Esports winning the RLCS Spring Major. It also helped to shed plenty of light on the smaller regions like the Middle East and North Africa (MENA), South America, and Oceania. While the EU will go home with the spoils as the region to beat heading into worlds, it's also worth noting that these minor regions are fast coming into play.

The conclusion of the Spring Major also meant that we have our confirmed and finalised 22 teams that will be attending the RLCS World Championship. It starts a little under a month from now, happening from August 4 - 14 at the Dickies Arena in Fort Worth, Texas.

Formerly known as Team Queso, which came in second at the RLCS Winter Major, the team now known as Moist Esports has now become one of the most feared teams of this RLCS 2021-22 season. The team has consistently placed in the top two over the regular season and has now got an RLCS Major title to their name. What's more, they are now on track to being one of the favourites heading into the RLCS World Championship.

Despite a strong start with a victory against OpTic Gaming, Moist soon dropped to the lower bracket at the hands of Version1. From there, it was a long journey to the grand finals but the boys in blue were able to pull it off. Their run through the lower bracket saw them sweep through Pioneers, reverse-sweep Team Liquid, overcome Spacestation Gaming, power through Karmine Corp, and even get sweet revenge against V1.

Their grand final performance against Team Falcon from the Middle East and North African (MENA) lived up to the hype that the Copper Box Arena is known for. The first series saw Falcon edge out a 3-2 scoreline to go one up. However, Moist came back swinging by taking the next three matches on the bounce. But Falcon ensured that they were here to stay with a resounding 5-2 win in game five. They also secured a crucial win in game six after going to overtime, forcing the final game but it was Moist who came through in the end.

Even after a Herculian comeback from Falcon, the aggressive rotations coupled with slick passing plays and key bumps were vital in Moist securing the first series. They soon went on to win the next series in a convincing 4-0 sweep in the grand finals, something that doesn't happen all too often at an RLCS Major.

This victory for the likes of Joe "Joyo" Young, Axel "vatira" Touret, and Finlay "rise." Ferguson will now put them in a good position for the upcoming world championship. It also helped that two of the three stars of Moist with Joyo as well as rise. comes from the UK, which gave the home crowd a hometown hero to cheer for.

Coming from a region that is making its debut in the RLCS this year, Team Falcon has put the MENA region on notice. While it was Sandrock Gaming that made the region's debut during the Fall and Winter Major, it was Falcon who has come the closest to winning an RLCS Major title for the minor region. But given how Falcon has performed over the past few days, it's very likely that MENA won't be considered a minor region for much longer.

Falcon bulldozed through the competition without dropping a single series. They breezed passed the likes of Team Liquid and FaZe Clan, two powerhouses in the RLCS scene. While Spacestation Gaming was the only other team to cause them some hurt, even Version1 could only inflict so much damage and still couldn't soar past Falcon. While they did ultimately lose to Moist Esports in the grand finals, it's worth noting that this could be down to the team not being mentally prepared for that sort of serious.

Being an inexperienced squad from a region that doesn't get that much attention in general, Falcons' run during the RLCS Spring Major was nothing short of amazing. The team's creative playstyle meant that flashy plays along with solo air dribbles as well as goal-line demolitions were just some of the tools in the team's bag of tricks. Falcon is a team to look out for when it comes to the world championship as well as the MENA region as a whole, given how Falcon gave many of the top teams a scare.

South America and Oceania puts on a show

Speaking of minor regions, the likes of South America and Oceania also managed to show the rest of the world that they aren't that far behind either. Furia Esports managed to claim their second top-six finish at an RLCS Major LAN event, which also featured some highlight-worthy clips. Despite an early loss to Karmine Corp, Furia managed to still eliminate teams like FaZe Clan and OpTic Gaming. Despite losing to Karmine yet again, it was a big step for the young South American squad as they look ahead to Worlds.

Pioneers from Oceania was another team that popped off over the last few days. They managed to get their second top-12 finish and were crucial in knocking out one of the tournament favourites from the EU, Team BDS. While the OCE still has plenty to improve on, the region can rest easy knowing that they've got top teams that can compete with the best.

The Asian-Pacific region also got in on some of the action but alas, Gaimin Gladiators were just a level below the rest of the competition. They first got swept by G2 Esports in the first round of the upper bracket before getting swept against, this time by Furia. Gaimin Gladiators also probably holds the record for the largest goal deficit in an RLCS Major LAN, losing 9-0 in the last game against Furia.

North America has always been seen as one of the premier regions when it comes to esports. Rocket League is no different with some of the best teams in the world residing in NA. But if the Spring Major was any indication, it's that the region as a whole still has a lot of work to do. NA teams in general generate plenty of hype and expectation, no thanks to its young and brash fan base that you can find on Twitter.

Heading into the Spring Major, G2 Esports was one of the automatic favourites having won the recent Winter Major a few months prior. While they did get off to the perfect start with a clean sweep over Gaimin Gladiators, the Winter Major champions did not look par for the course during the tournament. They suffered back-to-back reverse sweeps against two EU teams, Karmine Corp and Team Liquid. While they're already confirmed for the world championship, G2 still has plenty to do if they hope to keep up with the rest of the competition.

The likes of FaZe Clan didn't fare much better on the world stage, losing against Team Falcon and Furia Esports in quick succession. The only NA teams that deserved any recognition during the Spring Major were Spacestation Gaming and Version1. SSG managed to claim a top-six finish whilst V1 came in third, easing the pain many NA fans feel right now. Unfortunately, with V1 not being able to claim a top-two spot, it still meant that they will head straight to the wildcards for the world championship whereas RNG will automatically get bumped up to the group stage due to points.

All eyes are on the RLCS Worlds

As the dust settles on the Spring Major, we now look ahead to the RLCS World Championship that will be taking place in Forth Worth, Texas. The top 24 teams from around the world (eight in the group stage, 16 in the wildcards) will battle it out for the lion's share of the US$2,085,000 prize pool. The RLCS Worlds will be taking place from August 4 - 14.

Will you be watching the RLCS World Championship?

How To Begin With Cuphead's "The Delicious Last Course" DLC!!