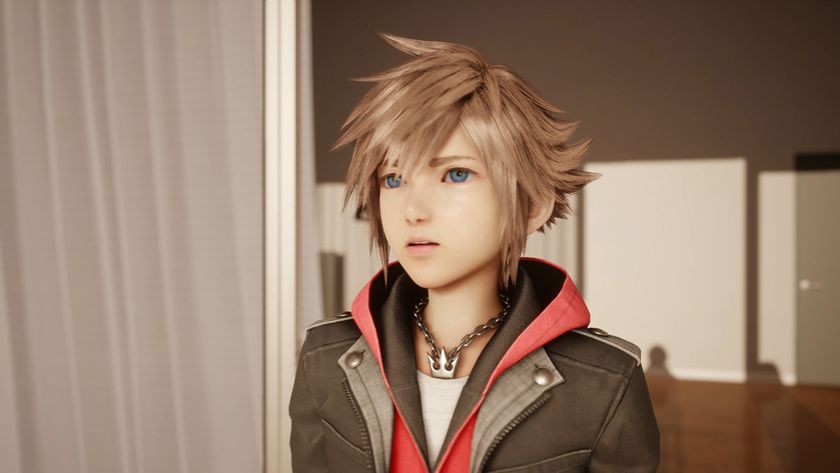 Kingdom Hearts 4 and a new mobile spin-off have been officially revealed.

Watch the reveal trailer for Kingdom Hearts 4 below:

Kingdom Hearts 3 ended a story arc that began all the way back in 2002, with Sora and friends finally defeating the villainous Xehanort at the cost of Sora’s life. Kind of. The hero ended up being transported somewhere outside his own reality, to a place that looks a lot like modern day Shibuya, Tokyo. This sequel’s new trailer reveals that this world is called Quadratum, which Square Enix describes as an, “expansive city set in a gorgeous, realistic world unlike anything ever seen before in the Kingdom Hearts series.”

In the trailer, Sora awakens in this strange new city (which again, looks like Shibuya but somehow isn’t) and meets a new character named Strelitzia. Shortly after he wakes up, a massive kaiju-sized Heartless attacks the city and Sora does what he does best. He summons his Keyblade and leaps about the city, using new grapple mechanics as he scales buildings to reach the Heartless and defeat it. Meanwhile, mysterious Nobodies watch Sora and the Heartless fight from a rooftop.

Sora’s friends Donald Duck and Goofy appear later on, searching for Sora before they’re seemingly threatened by Hades (from Disney's Hercules). Franchise creator Tetsuya Nomura previously announced that Kingdom Hearts 3 was the end of the ‘Dark Seeker Saga’, a story arc that began in 2002’s Kingdom Hearts. According to this trailer, Kingdom Hearts 4 kicks off a new story called ‘The Lost Master Arc’.

Square Enix also announced another Kingdom Hearts spin-off game for iOS and Android devices called Missing Link. This game takes players to multiple locations across the realm of Scala ad Caelum. You’ll fight against the Heartless in a new original story, with a closed beta test scheduled for 2022.

Kingdom Hearts 4 doesn’t have a release date, but it’s a safe bet that the game is still a year or two away from launch. Let's hope a few Final Fantasy characters make it into the game this time!

Are you excited for Kingdom Hearts 4?