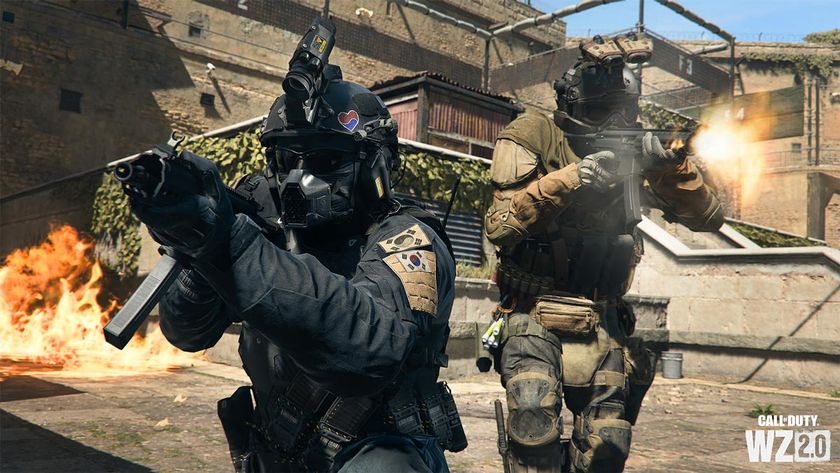 Review: Call of Duty Modern Warfare II Multiplayer is more of the same and that's okay

Call of Duty: Modern Warfare II is a fast-paced multiplayer experience we can’t get enough of, despite having its fair share of problems.

Not even a month out from launch day, Call of Duty: Modern Warfare II is already shattering sales records for the franchise. It’s easy to see why. Activision’s latest is packed to the brim with content for every kind of player, including an entire blockbuster singleplayer campaign that we really enjoyed for all its faults. These campaigns are hardly the main attraction for diehard fans of the franchise, however. To a lot of players, they merely set the table for the next year of multiplayer content updates. That’s where the real fun is.

As much as I usually prefer Call of Duty’s campaigns to their multiplayer experiences, even I had a hard time tearing myself away from Modern Warfare (2019). It provided a gritty, scaled-down version of the PvP combat this franchise has become known for - barren of gimmicks and reliant on tactical team-based gameplay. Missing features, messy UI elements and a confounding Gunsmith system give this sequel an ugly distinction from its predecessor, but it continues to be an addictive experience that I can’t stop jumping back into. And with the promise of even more content on the horizon, I'm not sure I ever will. 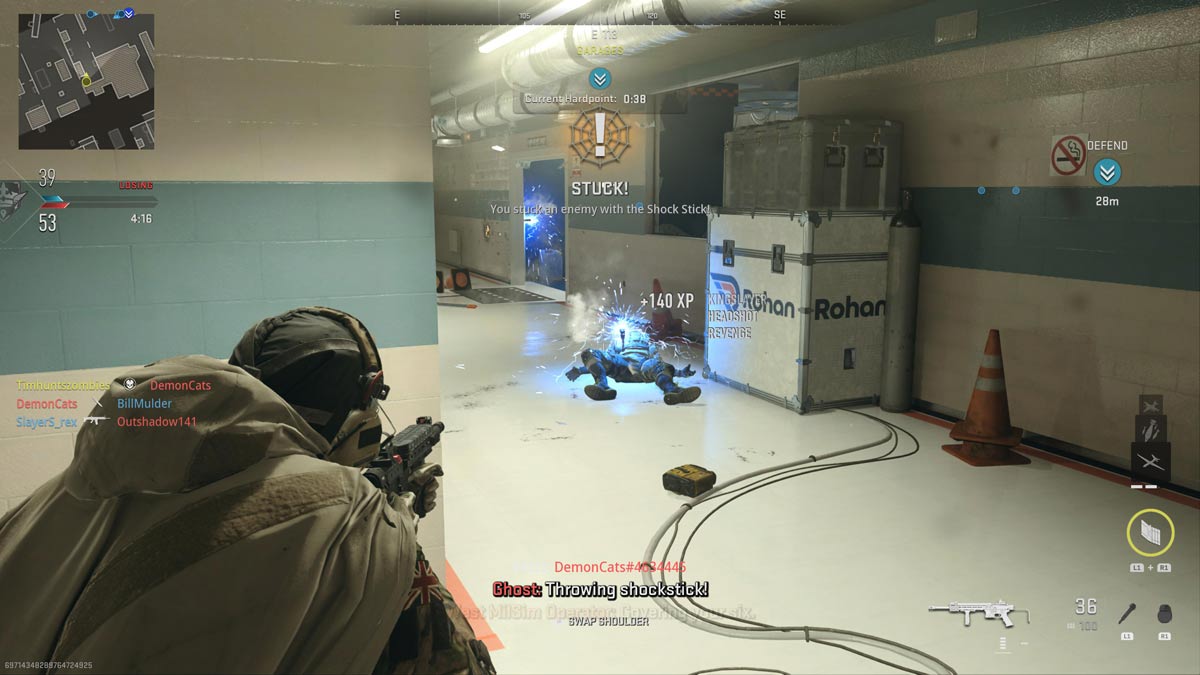 With the backing of multiple game studios, Call of Duty has been on a good streak of giving players a diverse variety of game modes and a swathe of new maps to explore with every entry. Modern Warfare II’s launch offerings build upon its predecessor's addictive formula, but they don’t feel nearly as fresh or innovative. The franchise staple Hardcore playlist was notably missing, along with the 2v2 Gunfight mode Activision was so keen to label a flagship game mode the last time around. Most of the other game modes simply return for seconds here with new maps and weapons.

One of the sequel's few new modes is Invasion, which takes Team Deathmatch and blows it up in scale. 20 players go against 20 players in Ground War-sized maps, but each team also gets 20 extra AI soldiers to help them out. Each team races against one another to reach a total score of 2,000 points, with AI soldiers and player kills counting for different points. Despite its bigger scope, Invasion feels like a less twitchy Team Deathmatch that doesn't end with you going stomped on for hours on end. It’s nowhere near as tense as Gunfight, but a fun diversion nonetheless.

Modern Warfare II’s maps are a lot of fun, especially in these early days where most players are still figuring out the best flanking positions and camping spots. As is the franchise standard, maps are gorgeous to look at and explore. Take for example, Crown Raceway, set in an F1 circuit that’s somehow still in the middle of a race despite all the shooting that’s going on. The Sicario-like Santa Sena Border Crossing has proven controversial with all of its cars lined up on a highway, providing cover to players while also being in constant danger of blowing up. It’s the most chaotic map of the bunch by far, but I actually like how ridiculous it is. If you don’t like developers trading good map design for quirky gimmicks however, it might not be for you. 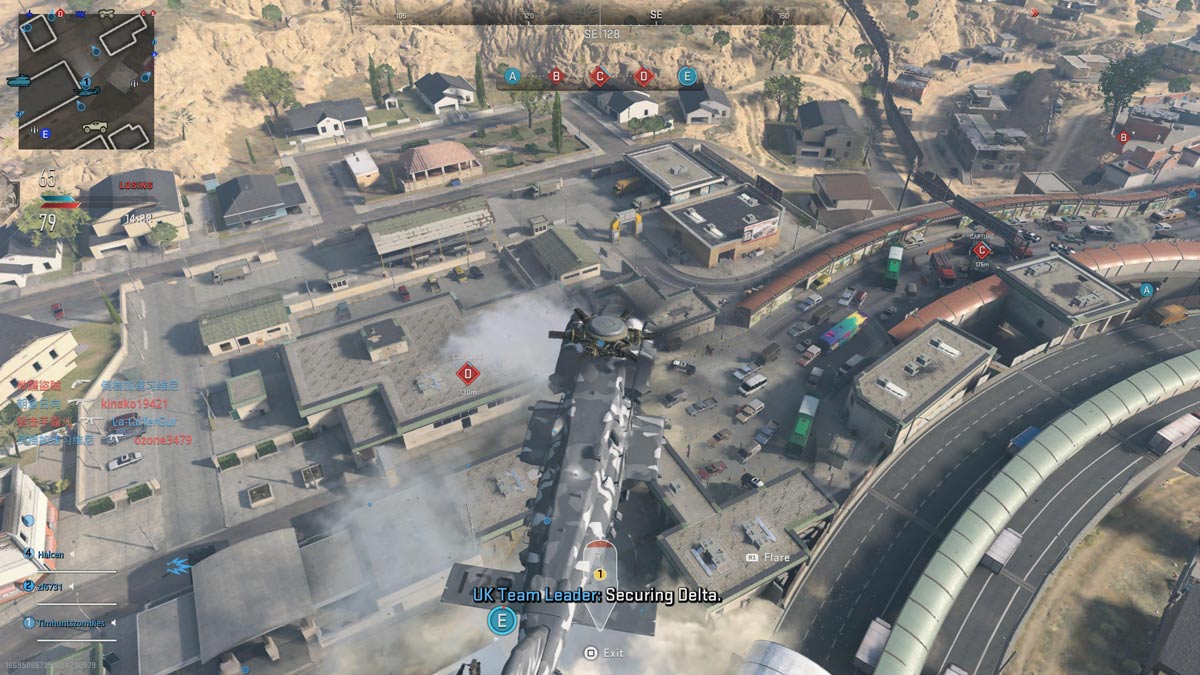 Now, Ground War was weird for me. I love the Battlefield franchise and after being severely let down by Battlefield 2042, I was craving its large-scale combat something fierce. Modern Warfare introduced Ground War as the franchise’s answer to Battlefield, a game mode that promised huge team battles set in massively open maps. I was hoping its return in the sequel would satiate my Battlefield cravings, but alas, I was wrong. Infinity Ward’s first take on Ground War was chaotic and exhausting, suffering from poor weapon balance and map design. Modern Warfare II’s Ground War is much the same, only now the developer has doubled down on making this game mode as Michael Bay-esque as possible.

It’s difficult to sprint for more than 15 seconds without getting gunned down by campers on rooftops, and even more difficult to turn the tide of a battle once it starts rolling in the opponent’s favour. No one plays objectives, because Ground War refuses to encourage them to. It wants players to just treat these large open maps as chaotic playgrounds, without a strong enough structure keeping them on objectives. Battlefield is no longer what it used to be, but even Battlefield V in its early days was more put-together than this flimsy copy. 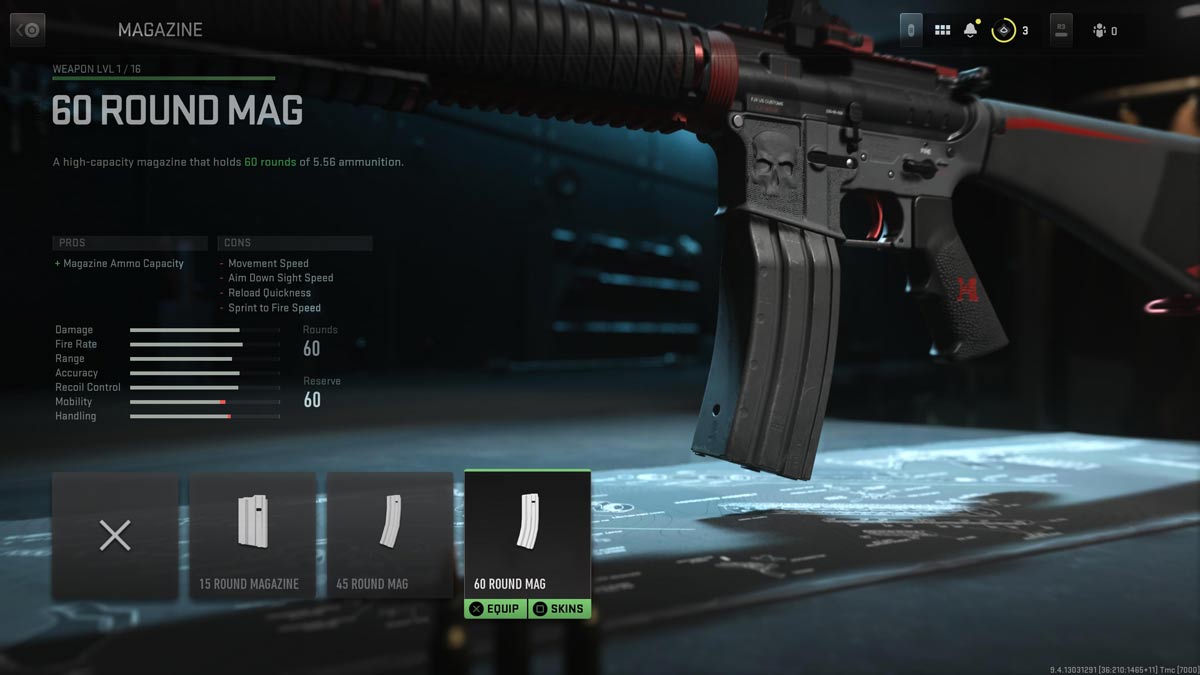 Modern Warfare II’s biggest failing lies in its weapon customisation. I like the idea of Gunsmith - a dedicated mode that lets you tinker with weapon skins and attachments to almost pointless degrees of specificity. Unfortunately, Infinity Ward’s horrific inability to craft coherent UI rears its ugly head here. The mode is riddled with unnecessarily complicated icons and navigation menus that can make even the simple act of equipping a weapon skin a pain.

Gunsmith lets you equip a certain amount of weapon attachments to increase stats like weapon recoil and the time it takes to aim down sights, but it all seems so useless right now. For every attachment that buffs a weapon stat, it nerfs three others - to the point that it can actually be a detriment if you've fully equipped a weapon with the wrong attachments. The consequences for wanting a red dot on your gun shouldn't be this harsh. It feels like Infinity Ward tried a little too hard to keep these attachments from being too powerful, but ended up making them irrelevant instead.

What I liked so much about Modern Warfare (2019) was its gunplay and sound design, and for the most part those qualities have held strong here. Whether you’re firing off shots or snapping a gun open for a quick reload, these weapons feel really good to use. Then there’s the added layer of perks and gadgets unlocked through player levels, which make the combat experience feel as unique as you want it to be. The Drill Charge is a particularly good addition for dealing with campers, too. There’s always going to be a meta when it comes to which weapons are best for PvP, but I’ve never felt under equipped for using a loadout that goes against the grain just because it's fun.

A little bit about Warzone 2.0 and DMZ 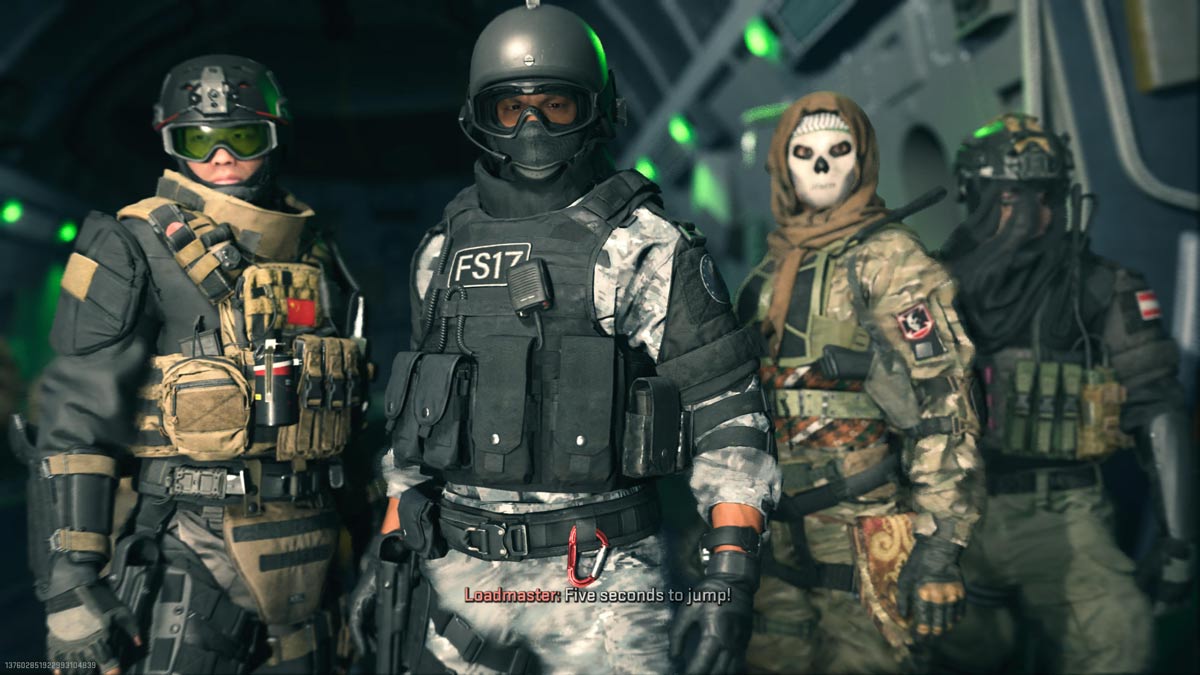 Modern Warfare II recently launched its first season of content, which includes Warzone 2.0 - the free-to-play battle royale sequel that drops players into a massive map called Al Mazrah. A few of Modern Warfare II’s PvP maps are just slices of Al Mazrah, which has 18 major points of interest that will surely evolve over the next few seasons of content. Al Mazrah also serves as the setting to Warzone 2.0’s non-battle royale mode: DMZ.

So, is Warzone 2.0 good? That depends on your taste for battle royale games. The core gameplay loop really hasn't changed much from the original, so returning players will fit right in. Full loadouts aren’t available anymore, but that only levels the playing field a bit more in the endgame, as players have to scurry around the map to look for good weapons they can bring into the final phase of a match. Previously, they just had to grind out cash and spend it all on a full weapon loadout in lategame shops.

Warzone 2.0 feels a lot closer to Fortnite than its predecessor, and part of that is due to its new battle pass. Instead of having players progress through a linear 1-100 level system to earn rewards, they now have to deal with a multi-sector map made up of 20 total sectors. Each sector consists of five unlockable items ranging from cosmetics and weapons to skins and XP boosts. You have to unlock a sector to unlock the items within, and then unlock adjacent sectors to access the items they hold. It’s unnecessarily complicated, but in practice just mimics Fortnite’s Battle Stars system. If you can get past the horrible presentation, it is nice to have more freedom in how you want to complete the Battle Pass. 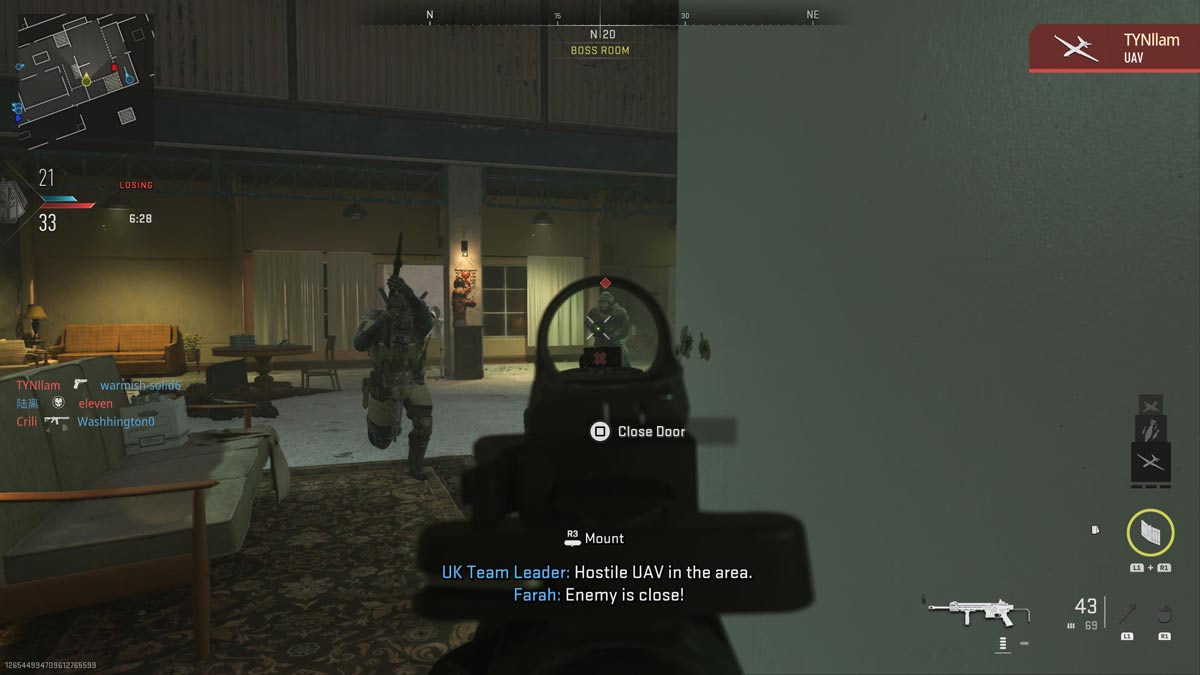 DMZ is a totally different mode that plays more like Escape From Tarkov and Battlefield 2042’s Hazard Zone. A squad of three jumps into Al Mazrah with a few optional objectives to complete, but they’ll have to fight both AI and player-controlled enemies along the way. You’re free to roam the entire map exploring for weapons that you can bring into the next match (as long as you extract without dying), or tick off objectives, or just muck about for a while and then leave with your loot intact. Seeing as you lose almost everything upon death, this might sound like a more hardcore take on battle royale - but it’s actually pretty forgiving for casual players. You can exfiltrate successfully with or without your squad, so it’s easy to get out before the going gets tough.

DMZ is a lot of fun. It’s very different from Warzone’s battle royale, which should be a relief to anyone suffering from genre fatigue at this point. It pays to play this mode tactically and patiently, as noisy firefights with bots and enemy players could just bring a horde of enemies your way. Battle royale is fast-paced and rewards run-and-gun gameplay, but DMZ rewards smart thinking and knowing when to back off from a fight. Both modes will cater to different kinds of players but personally, I love being able to hop into DMZ after getting tired of long battle royale sessions and vice versa. 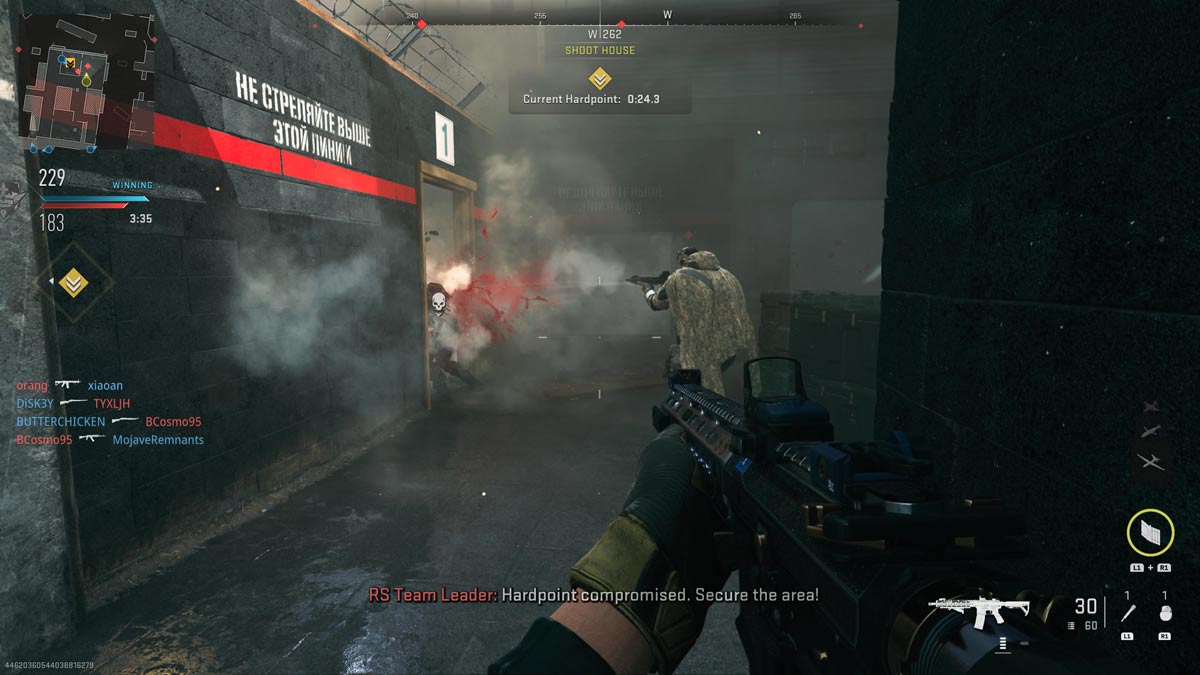 Despite its many faults, I'd be hard-pressed to not recommend Call of Duty: Modern Warfare II if you’re looking for a new multiplayer game to jump into. While PvP multiplayer has a $69.99 barrier to entry, battle royale and DMZ are free-to-play as part of Warzone 2.0, and that’s an enticing way to spend a weekend if I’ve ever seen one. The free-to-play modes are different enough to keep you playing both simultaneously, and player progression feeds back into Modern Warfare II’s PvP as well. There is an outrageous amount of content on offer here, and while it occasionally gets bogged down by bad UI, an incomprehensible Gunsmith system and a general lack of innovation, Call of Duty: Modern Warfare II is still a fragging good time.