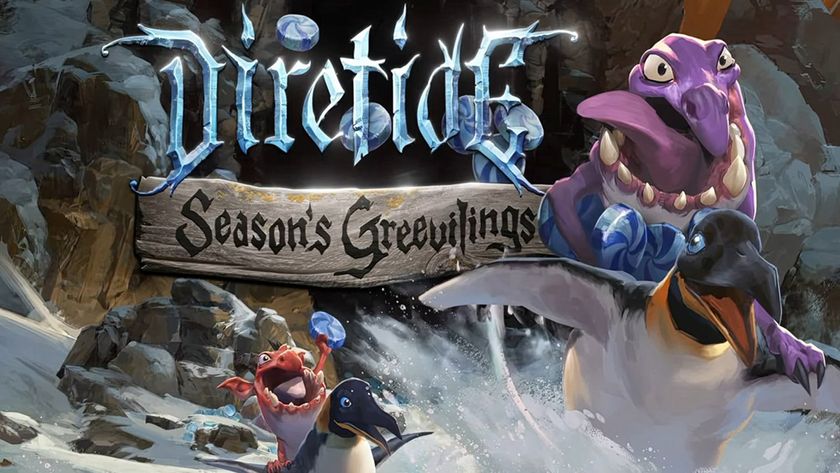 With a few days gone after the arrival of Diretide, we look at the best and worst heroes from Dota 2's Halloween event.

It has been a little over a week since Part II of the 2022 Battle Pass and Diretide were released to fill the void left by the end of TI11 and the professional Dota 2 season. While nothing can generatre the same level of enthusiasm The International does, the arrival of Diretide and the candy grind for arcanas has made it easier to survive the post TI crash.

It seems like every time Diretide returns, Valve make a change in how the main objective is accomplished, while sticking to the same Halloween related theme. Last time, the heroes had to destroy the taffy wells. This time, the heroes just deposit the taffy in the wells and make Roshan do the dirty work.

With a change in gameplay comes change in strategy, and that alters the best heroes for the job. In the last iteration of Diretide, which was released in 2020, heroes like Lone Druid, Nature’s Prophet, Shadow Shaman and Windranger were really good picks as they could take down taffy wells quickly. Well, the (dire) tides have turned! For the 2022 version of Diretide, we have a new set of heroes that are dominating the game. Let’s take a look at the 10 best and 10 worst heroes of Diretide 2022. All stats and images are taken from Stratz and reflect the results from all Diretide games from the 9th of November to the 11th of November.

The top 3 heroes of Diretide 2022 are Spectre, Vengeful Spirit and Wraith King, with the first two having a win rate over 60%. All these heroes are good because of their Aghanim’s Scepters. The Diretide game mode is full of adrenaline and sees continuous fighting. Spectre with an Aghs can always backup a teammate in a fight, Vengeful Spirit provides and additional hero, which is even more amazing in this format because of the lower respawn time, and Wraith King just gives everyone 8 seconds of additional life, which can be used to deposit candy in the well, take candy from the opponents by taking them down, or just getting closer to base so that all the candy that drops can be recovered by teammates and doesn’t go to the enemy.

In general, ranged right clickers and heroes with low cooldown abilities tend to do well in Diretide 2022. Because the average GPM is so much higher, it is easier for heroes like Leshrac to get to a key item like Bloodstone, after which he gets a massive powerspike for the entirety of the game. Riki is an interesting addition to the top 10 heroes, as he was langushing in the bottom 10 after the first few days. Guess the Stealth Assassin has turned things around. But Spectre has pretty much been up there since the release of Diretide 2022.

While Fiend’s Gate is not the reason Underlord has a high win rate, the ability can be used to sneak some taffy into the oppostion well in a closely contested game. 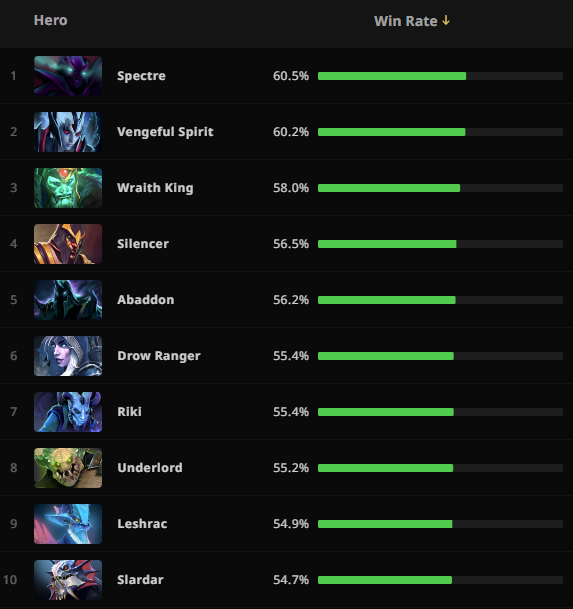 Coming to the worst heroes for Diretide 2022, Batrider, Broodmother and Earth Spirit take the plaudits for the three worst ones, with Lina and Nature’s Prophet not too far behind. A lot of these heroes would have done great in the previous iteration of Diretide – Broodmother, Nature’s Prophet and Lone Druid to take down wells and Treant Protector to heal the wells. But with that not being the case anymore, these heroes just don’t have the best impact in the game.

One would think Lina would be a strong hero, but with Fiery Soul stacks now requiring creeps, her impact on a low creep map like Diretide is limited. With the map being small and players hopping around on their toads, Nature’s Prophet can’t make the best use of Teleportation. And in general, heroes depending on long cooldown abilities like Flaming Lasso and Overgrowth will have issues in a fast paced game mode. 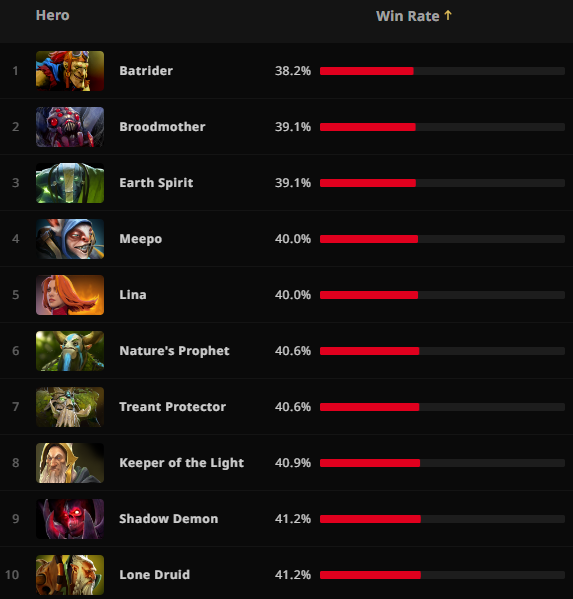 Diretide 2022 is meant to be with us for a while. As players explore more of the game mode, new strategies and heroes are bound to come to the fore, and this list will see a change. GosuGamers will be back with an updated list in a month to see whether the same heroes are dominating Diretide 2022, or if there are better contenders to turn to in the quest for candy.

Are you enjoying Diretide 2022?