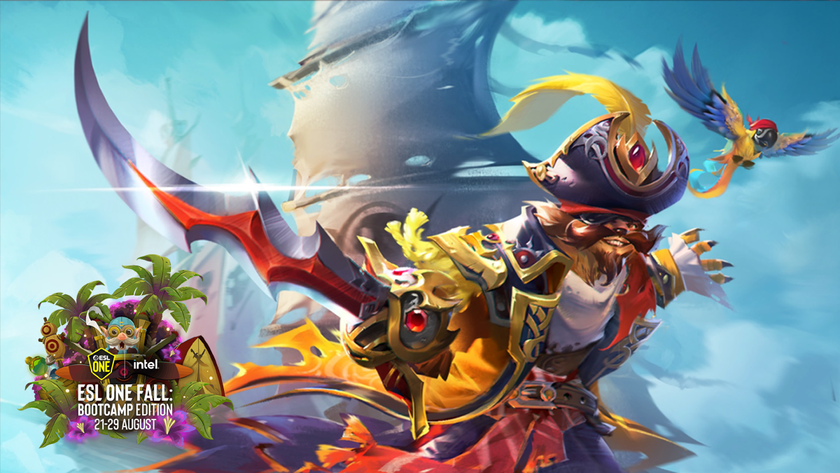 A look at the team and hero statistics for ESL One Fall: Bootcamp Edition.

ESL One Fall: Bootcamp Edition has ended and it has provided us with an unexpected winner – Tundra Esports. Of the 12 teams present, 8 are going to TI10, and Tundra wasn’t one of them. It seems like they were hungry to show their potential after nearly making it to TI10 through the EU qualifiers, but falling just short against OG.

Why was this tournament so special? Because it was the first one that was being played on Dota 2 patch 7.30 and it had teams going to TI10 from five of the six regions (NA was the only region that didn’t have representation). We got the first glimpses of the heroes that might make cases for themselves at The International in just over a month, and it seems like the viable hero pool is quite large. Let’s take a look at the team and hero statistics for ESL One Fall.

Team Statistics for ESL One Fall 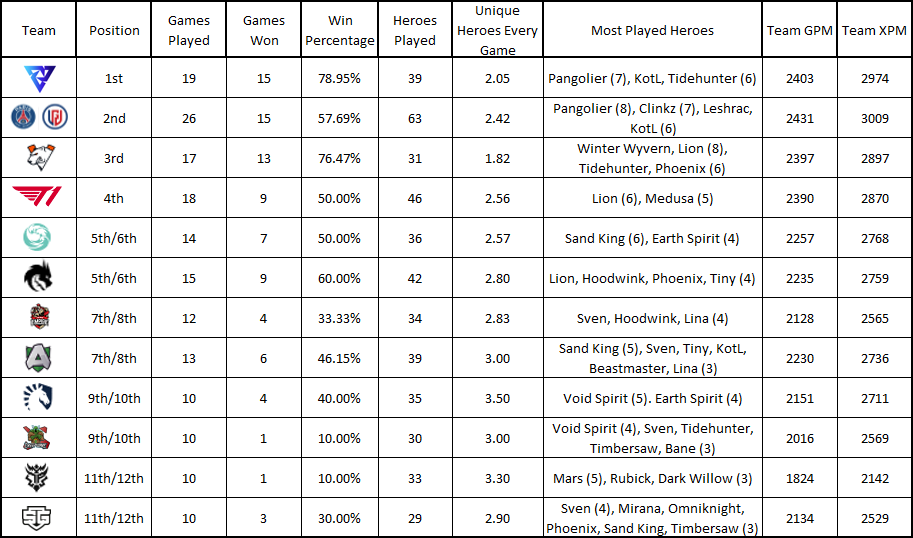 Hero Statistics for ESL One Fall

Certain heroes stood out more than others – Keeper of the Light, Clinkz, Pangolier, Sven, Void Spirit, and Omniknight were few of the heroes that made a major mark on the tournament. But as the tournament went on, the internal tournament meta changed a lot and by the time the grand finals were played, it was a whole different drafting battle with Tundra and PSG.LGD pulling out all sorts of crazy things like Banes, offlane Vengeful Spirits, and support Gyrocopters and Monkey Kings to outsmart each other. The new meta that is evolving in terms of hero viability is definitely raw and it will be interesting to see how many of these heroes continue to be dominant at the OGA Dota PIT Invitational.

Tundra Esports may still be a bit disappointed to not make it to TI10, but the roster proved to themselves and everyone that they are capable of taking on the big boys of Dota 2. PSG.LGD, while defeated, will be pleased themselves that they could achieve a second-place finish with their coach standing in for their mid player, who is the highest MMR player in the world.

Both these teams will next be seen participating in the OGA Dota PIT Invitational, which starts on the 6th of September. If the level and quality of Dota 2 at ESL One Fall is anything to go by, we are in for a cracker of a tournament. 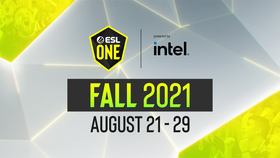