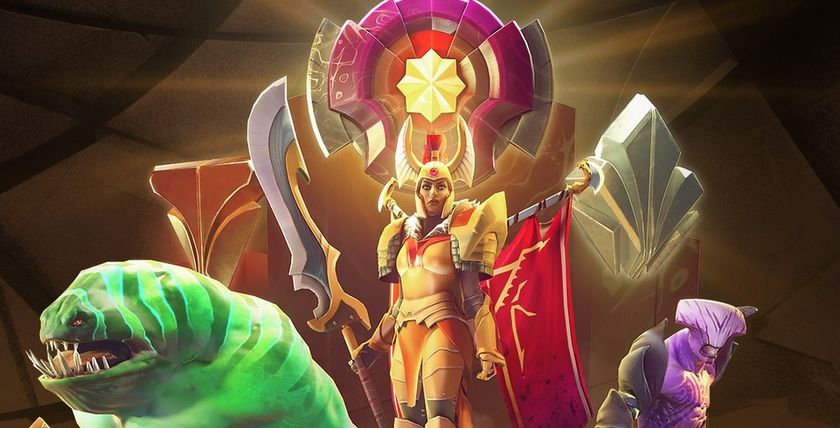 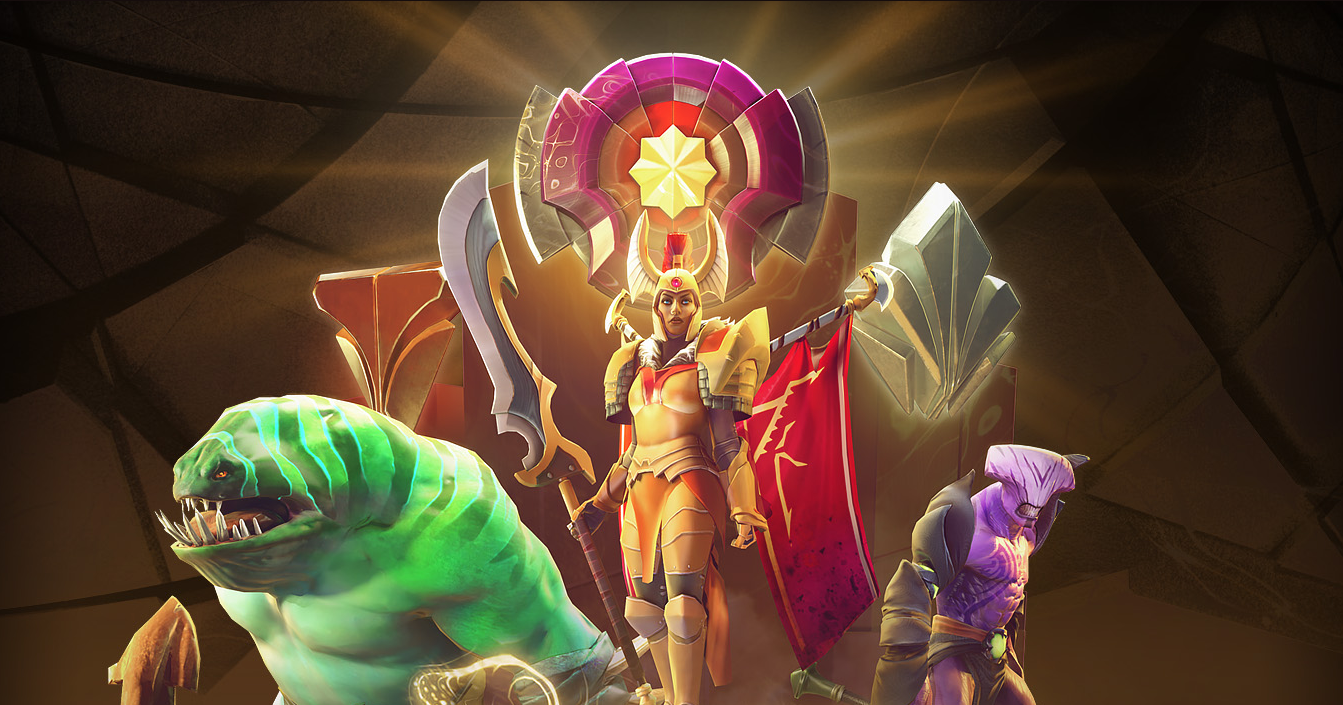 Battle Pass is now back with an evolved look and mechanics. Welcome Dota Plus!

Good evening fans and enthusiasts alike. If you're among those who were disappointed with the sudden prompt of an upcoming maintenance from Dota, then worry no further as it is 'Update Day'.

Alongside one of the major updates in 2018 (A hefty 1.2gbs) we're also greeted by the new and evolved battle pass, Dota Plus. Dota Plus works as a subscription that is built-in to further improve player's gameplay (more to this later). However, despite its interesting offer and price which is cheaper and packed with features compared to the old Battle Pass, we have yet to see its full potential —whether it serves as an addition for players to enjoy the game more or simply an eye candy from Valve to squeeze off those few extra bucks.

Are you interested in it as well? Well look no further, I'll be sure to keep you up to date on what is it about.

At the price of $4 USD per month ($22.50 USD after the discount for 6 months and around $42 USD for 12 months), you're welcome to fully utilize Dota Plus and its rich features that focus not only on statistical information alone but also decision making. 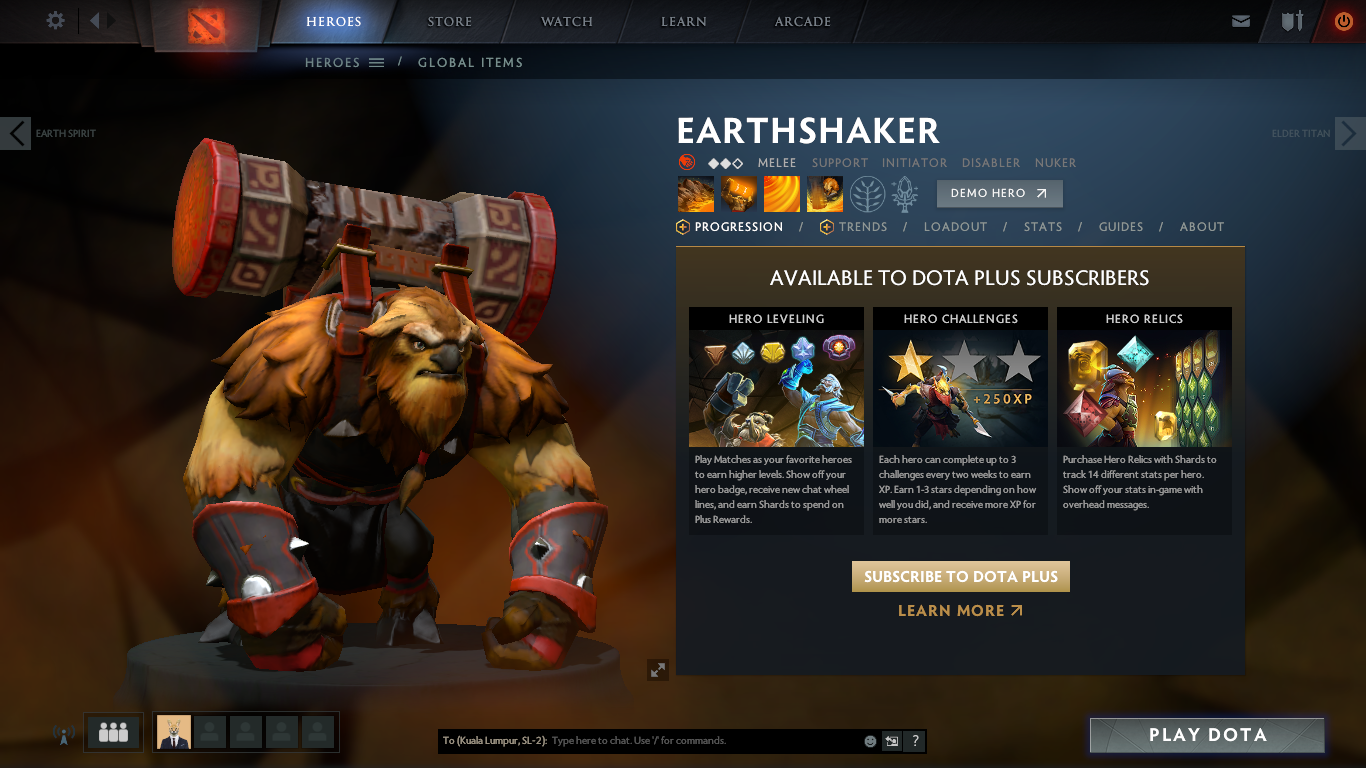 With Dota Plus, you can now see the progress on your picked heroes. Similar to Dota levels, heroes now gain experience every time they're picked. This experience will contribute to progression levels that soon will unlock new badges, wheel responses, and even gain Reward Shards.

Just like the old Battle Pass, users of Dota Plus will now be able to compete in Hero Challenges that focus on each of their mechanics. Each challenge offers three levels of difficulty, letting players challenge themselves in completing them. Be reminded that the challenges are different for each hero, therefore be sure to practice your favorite hero a lot!

There is a downside to this, unfortunately. As these challenges are only rewarded if you win the game, players will now encounter even more spammers —yes pesky AM choosers will be back (or even Techies, ugh), and you will likely be grouped with players who force themselves and their teammates in order to complete the challenges.

Hero Relics are more to cosmetics as they serve as tracking mechanisms that count successful skills or execution. Again, these executions are different in accordance the hero's skill set. In my opinion, they act as a sort of positive pat on the back to players as they gain these achievements. Valve, you did well on this.

Remember having the chat box spammed with Russians Voice Chat Wheel, and incomprehensible Chinese voices? Well, they're back with each hero having their own chat wheelset that is unlocked every time you play it. They are rewarded mostly by the said 'Hero Progression' earlier.

As excited as I am for these, I also do hope they're returning the casters and even add new ones from the recent The International 7 as selections. It would definitely increase the overall enjoyment of the game (It's a disasta!).

Among the major thing in Dota Plus aside the mechanics added, they're also giving you Rewards Shard for leveling, completing challenges and etc. These Reward Shards serves as a Dota Plus only currency that allows the player to buy certain sets without the usage of real money (other than the one used to buy the subscription itself) and it also adds exclusive Dota Plus set to add a bit of image and difference between DP users and non-users.

A slight rant on this if I may. Dota had always been an open game, even cosmetic wise. Despite its hype and promises, exclusive sets and gameplay mechanics (though they are merely a slight addition, superfluous to veterans on the scene) seemed like a bad scheme from Valve. Yes, we do have an array of sets available but to give exclusive merchandise and add-ons to those who could afford? Preposterous.

If we rewind a bit back, we see how there are certain items only available to Battle Pass users and how some Legendaries and Immortals are no longer obtainable (unless sold by players or randomized Treasure with little chance). However, there are items that soon became the normality in store as soon as the season ended. This allow even non-users to buy the set despite not being able to get it for a whole season.

I assume Valve is going to continue to make exclusive sets, maps, or even emoticons specifically for Dota Plus users, but I do hope they'll release it to the public as soon as the season ends or the year ends (in this case, the closure of The International itself). It's not about the price, it's about the ability to choose.

Gameplay-wise, Plus Assistant is pretty much an advanced tutorial mode in-game. Plus Assistant points out item suggestion. Unlike your regular item suggestion bar, it now helps players decide on items based on the lane they had chosen beforehand. It also gives out percentage on what item should be bought first or after depending on the time and gold advantage.

It also does the same for skills. PA now suggests players on the skill set chosen, giving a percentage on which are most likely and often chosen by players overall. The developer boast on how the system takes your skill setting into account and suggest new skill build every time (but we'll see how far it goes).

Plus Assistant will also help with drafting. In a way, PA will suggest heroes based on those already in the draft for both teams— subtly hinting suggestions to counter draft the opposing team, giving out small tidbits of knowledge whennecessary for things such as laning, death summary, and statistical information after a battle. With post-game analytics available to users, you can also compare your performance based on certain skill brackets on average.

There is also Global Rank Trends that tracks your performance on a hero and compares it to certain skill bracket to see which part you need to improve in order to be a better player on that particular hero. Another neat addition to Dota Plus has to be the real-time game analytics that not only counts your KDA (Kill/Death/Assist) but also overall net worth (which will then be used to show your performance on a global scale).

Battle Cup is now free to Dota Plus users, which is a fine compilation for players who are looking for a challenge. Not to mention, Dota Plus users have access to seasonal terrain and more cosmetics!

Be sure to stay tuned in at GosuGamers as we'll surely crawl into every nook and cranny Dota Plus has to offer and reveal much more to you, the readers!

More information at Dota Plus.