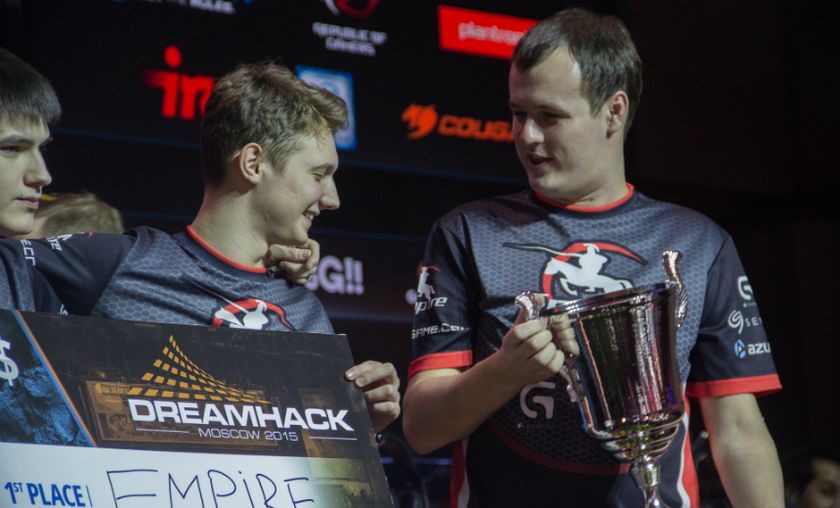 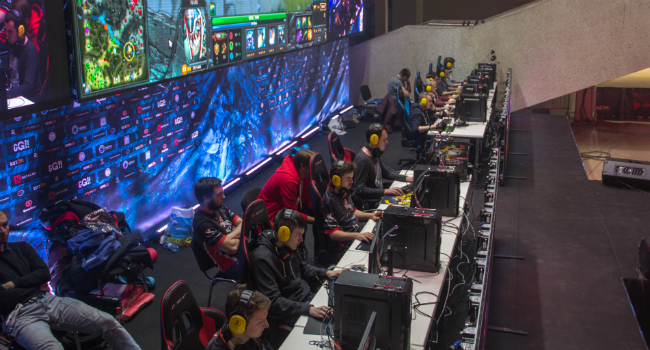 Whilst the majority of the Dota community was watching The Defense, Team Empire and 4 Clovers & Lepricon did battle for the Grand Final of the Game Show Global eSports Cup held at Dreamhack in Moscow. Empire managed to win the series 3-1.

After some initial awkward banter between host David ‘Luminous’ Zhang, Chan 'WinteR' Litt Bin, and David ‘Godz’ Parker, the first game got underway. Both Team Empire and 4 Clovers & Lepricon (4C&L) sporting somewhat unconventional drafts, with Empire toting a Rubick and 4C&L hunting in the night with a Night Stalker. The early game went to the advantage of 4C&L, and Pelle ‘Pajkatt’ Olsson Lille in particular. Pajkatt managed to pick up an early Shadow Blade, and used it to maximum effectiveness, roaming around the map, farming, and wreaking havoc in team-fights.

On the back of Pajkatt’s net worth advantage over Alexander ‘XBOCT’ Dashkevich and Roman ‘Resolut1on’ Fominok from Empire, 4C&L dominated the midgame. Empire did keep fighting despite being behind on net worth, but the fights became increasingly poor for them. 4C&L were able to calmly respond to the movements from Empire. 4C&L took the game within 42 minutes.

Game two was punctuated from great support play from Ilya ‘freaky’ Korobkin (formerly known as ALOHADANCE) on Winter Wyvern and Gleb ‘Funn1k’ Lipatnikov on Tusk from Team Empire. They frustrated 4C&L and turned team-fights in Team Empire’s favour. Funn1k managed to snatch an Aegis and secure several fights around Roshan. freaky managed to find exceptional farm for a support through early rotations and kill participation. When freaky picked up his Refresher Orb, it was the final nail in the coffin for 4C&L. Not even a Divine Rapier on Gyrocopter from Pajkatt could turn the game, and Team Empire tied the series up at 1-1.

In game three, XBOCT managed to pick up his signature Anti-Mage, and showed why he has been known for the hero. Even though 4C&L and Pajkatt’s Shadow Fiend (yes, again) were confident in the early game, XBOCT was always finding farm wherever he could. In the midgame, XBOCT was constantly split-pushing the top lane, as Anti-Mages are known to do so very well. This prevented 4C&L from pushing high-ground when they wanted to. XBOCT put Team Empire on a clock, and they were not able to take significant objectives before XBOCT reached critical mass. When Empire did manage to win a major team-fight at 41 minutes, XBOCT took out two lanes of barracks. 4C&L managed to get one last Roshan soon afterwards, but XBOCT managed to hack 4C&L apart in the ensuing team-fight, take the final lane of barracks, and give Empire the game.

Game four saw 4C&L try something different, with Pajkatt playing Slark and Niklas 'Niqua' Westergard playing Windranger. Team Empire responded by picking Spirit Breaker for Funn1k and an Alchemist for Resolut1on. Pajkatt and the rest 4C&L were always on the back foot in terms of gold and experience due to the innate ability of Alchemist to farm rapidly. After 29 minutes of solid, measured play from Team Empire, 4C&L lost one last fight, their top barracks, and GG’ed out.

Empire claimed the series 3-1, and won $125 000 in prize money. Their play in the final is emblematic of their play throughout the tournament – they showed solid decision-making and drafting skills, threw as little as possible, and managed to dominate the field. Congratulations to Team Empire!

Do you think the addition of XBOCT to Team Empire's roster will help them perform better at the upcoming Shanghai Major?