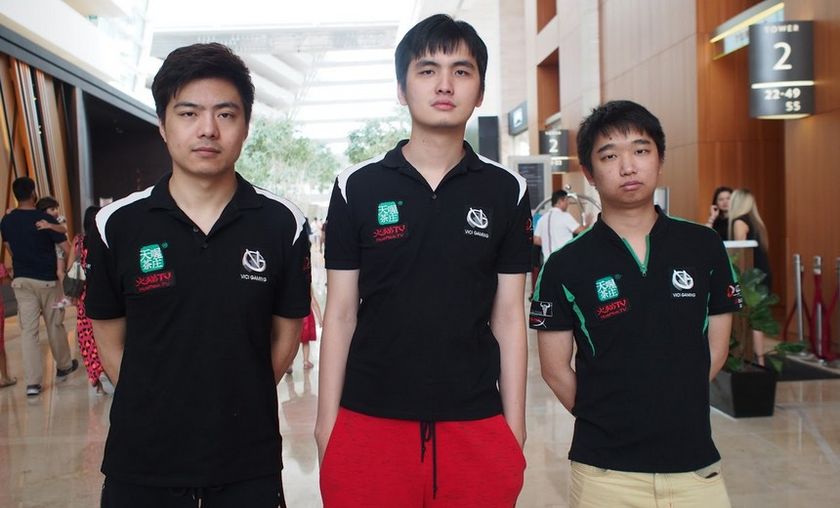 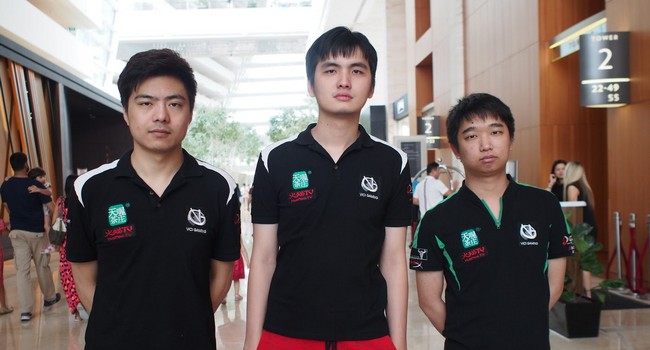 On the first day of the Nanyang Championships, the two Chinese titans CDEC Gaming and Vici Gaming faced off in a two game series.

CDEC Gaming began with two interesting bans. Undying and Alchemist are two of the most feared heroes in the current meta, moreover, Vici Gaming had just defeated LGD Gaming recently at the Summit qualifiers with a fearsome combination of Alchemist, Morphing and Undying, using the Aghanims Scepter upgrade to increase farm efficiency. CDEC might not wanted to go against this lineup so they decided to ban these two heroes. VG opted for the Ember Spirit and Dark Seer combination in their first phase looking to secure two strong team fight heroes. CDEC went for the Tusk and Winter Wyvern first pick, both are very strong heroes in the current meta with the sigil on Tusk and the protective nature of Winter Wyvern. VG attempted to draft a strong early mid game lineup to prevent the snowball nature of the CDEC play style drafting Viper, Earthshaker and Silencer, whereas CDEC responded with a beefy lineup of Slardar, Bristleback and Razor. CDEC’s draft combined with Wyvern and the Tusk Sigil, the sustainability of the lineup was unquestionable.

The battle begun before the horn as Garder’s signature hero Tusk threw out a well-placed Ice Shards in the river securing first blood for Shiki’s Razor. CDEC wanted to challenge the Ember Spirit’s weak laning phase and decided to run an aggressive tri-lane leaving Bristleback in the safelane and Razor in the middle to counter the Viper. However, Bristleback’s safelane crumbled before Iceiceice’s experienced Dark Seer, getting solo killed twice before the three minute mark. As the laning phase concluded, CDEC’s plans have failed as Viper dominated the Razor, Bristleback failed to contest the Dark Seer, and Burning survived the aggressive tri-lane with a decent amount of farm.

With superior farm and coordination, VG was able to pull ahead with an Ultra Kill coming from VG at 14 minutes, three players from VG dominated the Net Worth leaderboard. Not long after, another fight was initiated by CDEC but was perfectly countered by a five man Vacuum Wall and once again VG team wiped CDEC at 18 minutes. But hope did not end for CDEC. With multiple misplays coming from Burning, CDEC was able to capitalize with a team wipe regaining 5000 gold from VG.

The action continued as VG was hoping for a push in the tier two, CDEC was able to control the team fight with patient plays and powerful sustainability, but their over-extension cost them another three heroes as Iceiceice’s Vaccum once again disrupted the relentless extension. Although VG remained ahead with a sizable margin, both teams were unable to make advantageous moves across the map, but action resumed at minute 42 as CDEC took two successful team fights away from VG and secured Roshan as well abusing the sustainable nature of their lineup. However, things quickly took a turn for the worse for CDEC as they failed to execute their team fight properly, allowing VG to make full use of the Ember Spirit. VG took game one in an hour long game.

CDEC opened up with an aggressive duo of Queen of Pain and Spirit Breaker, securing one of the best heroes of Shiki. Whereas VG wanted a strong laning stage with Undying and Broodmother being their first pick. VG continued to grab Ember for Burning despite his misplays in game one. CDEC understood from game one that they needed more team fight support not just tankiness, and therefore opted for Earthshaker and Dazzle. Lastly CDEC chose to pick Slardar to keep Broodmother under control. VG secured Rubick for one of the best Rubick players in the world - fy and lastly, a popular hero few patches ago - Invoker. Looking at the drafts, CDEC again had a strong aggressive lineup with tons of minus armor and crowd control. Whereas VG drafted a strong laning based lineup which looked to secure the mid game with Undying, Invoker, and pressure from Broodmother.

CDEC surprisingly reversed the unfavorable matchups during the laning phase, securing kills after kills with the help of the Spirit Breaker on two lanes across the map. The strength of VG’s lineup required a strong laning phase, with their laning phase being equalized by the activeness of Spirit Breaker, it was Shiki that gained the most of it. With a solid Sonic Wave and disciplined coordination from CDEC, they pull ahead as the laning phase concluded. The nature of VG’s lineup simply could not keep up with the heavy fire power of the CDEC lineup and the early Orchid from Queen of Pain, by minute 20 VG had already crumbled before CDEC again and again. 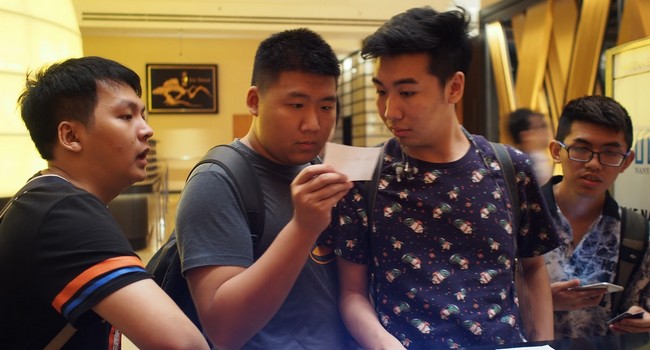 Although Broodmother and Ember Spirit from VG were able to keep up with farm, Invoker sat at the bottom of the Net Worth chart with just 4400 net worth compared to Queen of Pain’s 11000 at minute 23. With their mid player rendered useless for VG, their defeat seemed imminent as CDEC marched into VG’s base killing off three heroes without a creep wave in sight. 35 minutes, VG called GG and the series equalized to 1:1 with both teams getting one point.

Who do u think is the mvp of this series?