Natus Vincere are the kings of Alienware Cup, after a long dramatic final against LGD.cn. It took the Ukrainians five games to defeat their opponents, claiming one of their most important victories of the year, in preparation for The International.

Much like G-1 league, LGD.cn finish second to a European team on Chinese soil. They will claim the $12,000 prize and have less than a month ahead of them to improve their teamwork and playstyle for Seattle. It is quite safe to say that the wide gap between Eastern and Western DotA now belongs to the past, and it is really hard to predict the future of the scene. One can only wait and see!

Natus Vincere started the best-of-five series with an incredible example of smart play and well-orchestrated team coordination, completely negating the capabilities of LGD's AOE combo with Gyrocopter-Kunkka-Clockwerk. Fast Black King Bars did the trick for the Ukrainians, who were able to nulify the incoming spell damages, winning most of the team fights with crushing results against LGD. The final result was 27-9, with Natus Vincere getting one step closer to the grand prize. 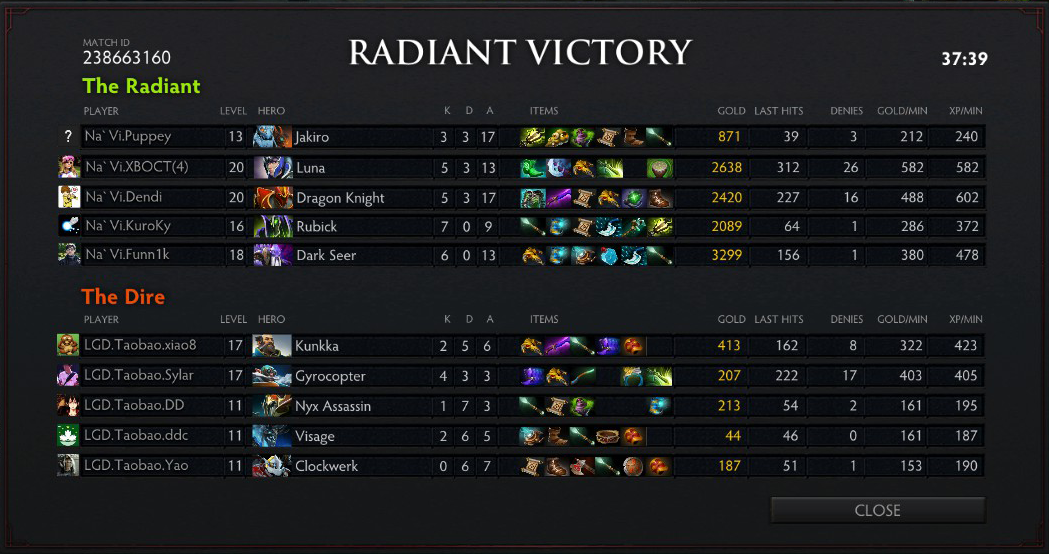 The second game can easily be called "The Gleb Lipatnikov Show". Funn1k, on his signature Bone Fletcher, utterly terrorised LGD. Combined with Dendi's Batrider's initiation and XBOCT's good performance, Na'Vi were able to pull off another win in the series. It is notable, however, that Yao and DD never missplaced their Vacuum-Ice Path combo, making it slightly harder for the Ukrainians to get the control of the game. Nevertheless, the massive experience and gold gap created mostly by Funn1k's freefarm, xiao8's surprising lack of Greevil's Greed and early clashes were too much for the Chinese. They surrendered 36 minutes in, with a score of 17-30. 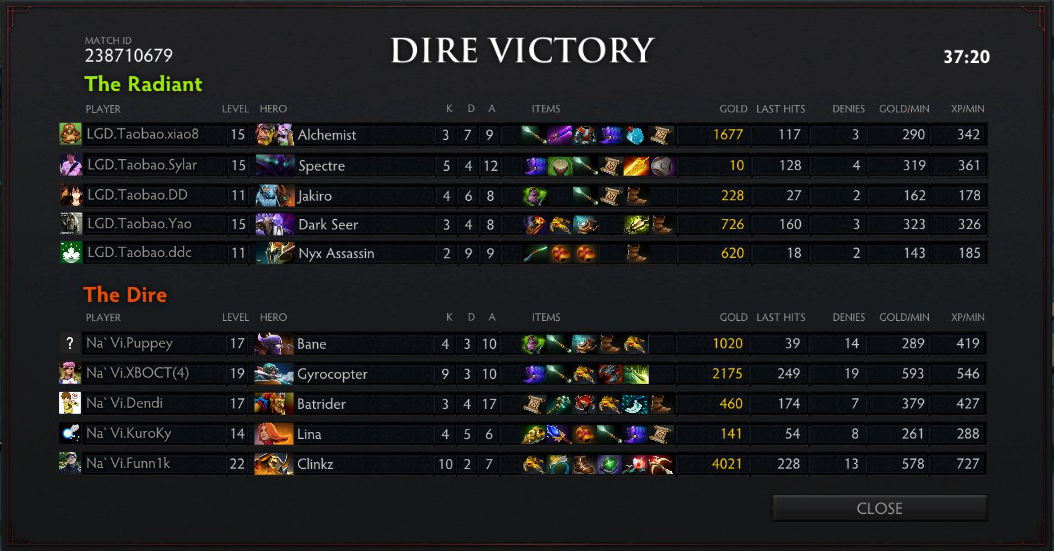 It was time for Sylar to shine.  The flawless Alchemist abused the lack of aggression against him during the earlier stages of the game, and turned into an absolute beast before the Ukrainians could react. His Abyssal Blade, combined with Yao's Reverse Polarity completely locked Dendi down in place, preventing any damage from his side. XBOCT, despite having a good start, lacked the required damage to scare the Chinese. With a bulky Alchemist and Nature's Prophet, and the core builds on their supports, LGD marched into Na'Vi 's base, taking the third game and bringing hopes for a comeback to their fans. 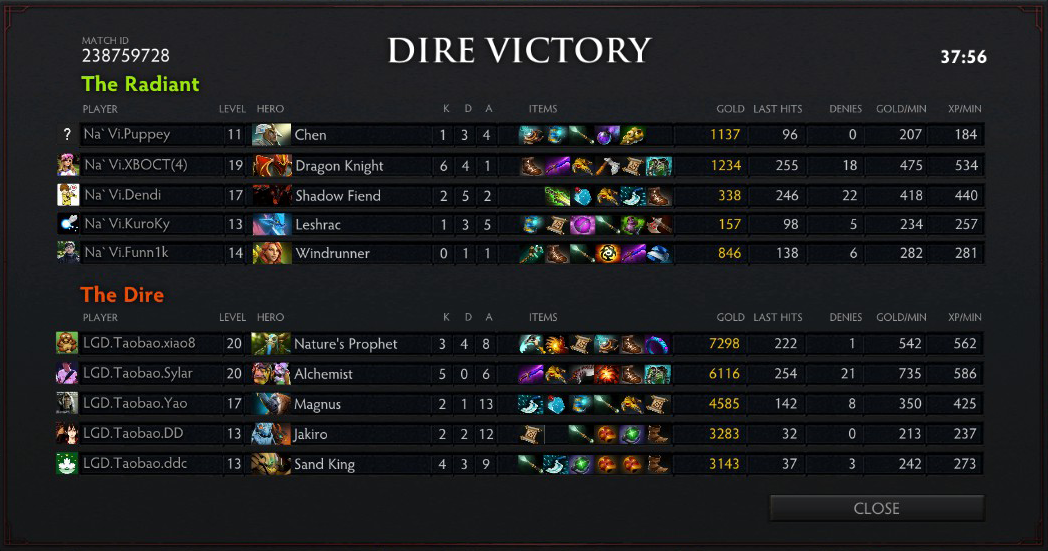 LGD used Chen for the first time in 2013, and they were right in doing so. Yao's Dragon Knight was an impenetrable bastion in front of his teamates, able to both deal damage to Na'Vi and protect Sylar's Gyrocopter, Na'Vi's focused target. The first stage of the game was clearly in favor of LGD, but as the game continued, more and more opportunities for a comeback were given to the Ukrainians. Nonetheless, the continuous fights forced by LGD were just too much for the split-pushing line-up selected by the Dire. Two pick-offs on DD and DDC gave Na'Vi the courage to cross the river and attempt to breach LGD's base, but to no avail. XBOCT was late in retreating, and was caught without any help just outside the Radiant base. His death and lack of buyback sealed the deal for the Chinese, who went straight inside Na'Vi 's base to claim their second win, setting the series on fire . 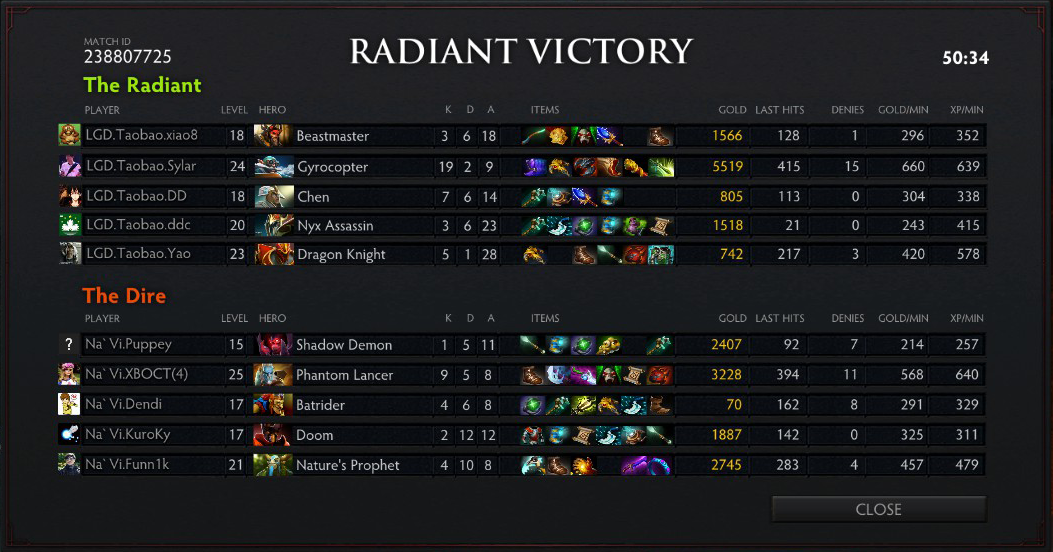 Both teams used familiar line-ups, with Na'Vi bringing back Dendi's deadly Queen of Pain, helping him dominate the middle lane against Yao. Their extreme pressure in every lane helped them build a strong advantage they carried throughtout the entire game. Xiao8's Prophet only managed to delay the inevitable, as XBOCT's Gyrocopter kept getting more and more powerful. Some sloppy teamfights also delayed the process, up until minute 32, when Na'Vi decided to finish the job. Winning a 4-2 engagement inside LGD's base aided by Puppey's beautiful Epicenter. The top and bottom barracks went down fast, helping LGD realise that this game, match and tournament were lost. The Chinese were unable to repeat the spectacular Dk performance they showed in the previous game, and suffered the result of the lack of late game damage caused by their hero picks. 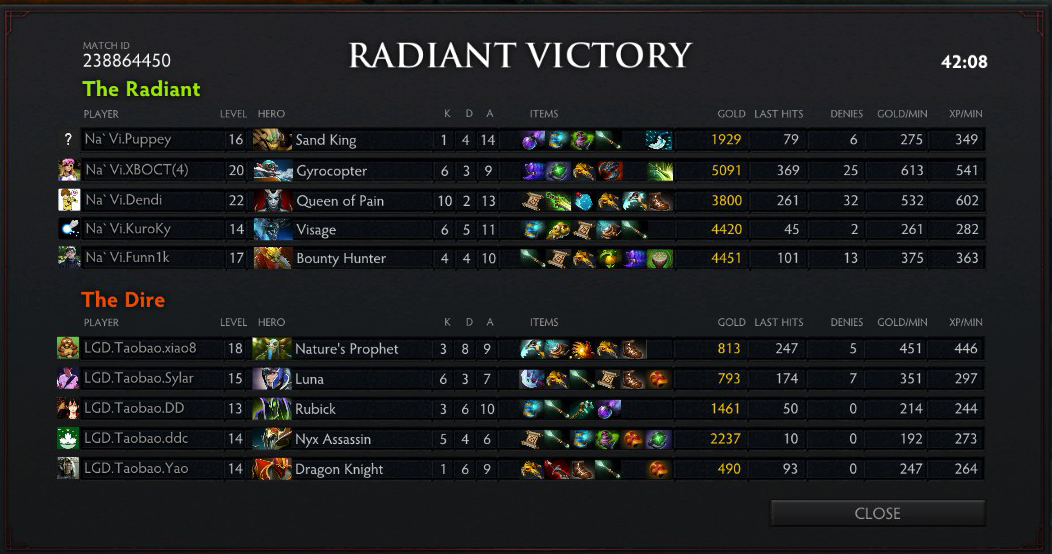 Andreas “drouks” St
There's really not much to say about Andreas 'drouks' Stavridakis, except that he sleeps two hours a day, plays the guitar and survives solely on Diet Coke. He also writes about DotA sometimes.
Share Tweet
79 people reacted to this post