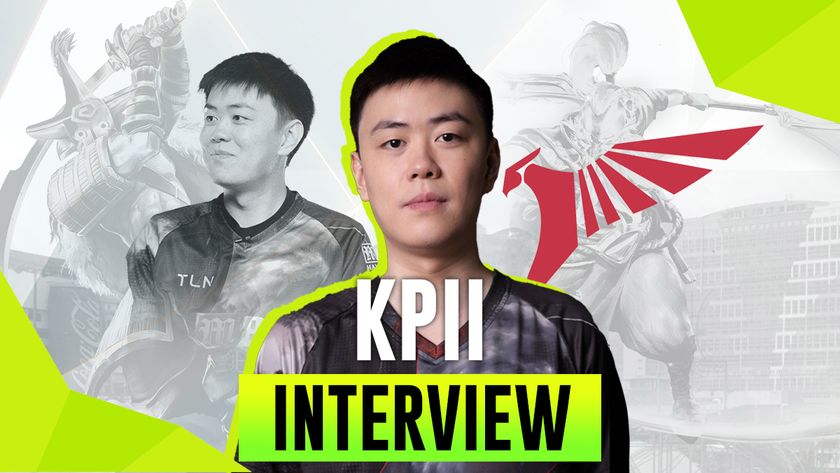 Damien "kpii" Chok shared with us at ESL One Malaysia 2022  a few insights on why Talon Esports had underwhelming performances on LAN pre TI11 and how the team is approaching the Southeast Asia regional qualifiers for the biggest tournament of the year.

Hi kpii and thanks for coming to talk to us. Let’s get straight to the point, you had three draw scores in the group stage here, when most probably a single clean victory would have been enough for a playoff spot. What would you say went wrong for you guys here?

I think we were just not disciplined enough. We could have won a lot of the games. In some of the games, for example against Alliance,  we got cheesed by Huskar, so yeah, overall we were not very disciplined.

Which of the series from those that went 1-1 (vs Thunder Awaken, Alliance and Secret) do you feel should have gone differently and perhaps lost you the playoffs spot?

I'd say that all three of those games were kind of snowballs, so all three were kind of hard to win based on the drafts and how the laning stage went.

You’ve been one of the few teams to play Primal Beast on the first day of the patch and actually the only team to win with it. How do you find the hero, is he OP, does he needs some balance or is he just fine?

I'm not too sure, to be honest. I just had fun with the hero and I'm excited to get to play it more. Maybe the other teams will not be looking at it too much in the near future. Honestly, I don't think he is that strong of a hero and I don't think it will be too popular.

Talon had an amazing DPC storyline starting from division 2, promoting to division 1, getting second place in the region and earning a spot at the Arlington Major. However, from the outside, it looks like you lost momentum starting with the Major. If you could point at something that slowed you down this past month, what would it be?

It's a combination of unfortunate circumstances and obviously, bad plays are also a part of it. For example, at the Arlington Major some people were sick and we also, Q couldn't make it. Then, at Galaxy Racer Thailand, just before this event, we lost only one game and we were eliminated because of the tiebreaker rule. But, for this ESL One Malaysia tournament, we don't really have any excuses, we just kind of played poorly and had bad strategies.

You are now preparing for TI11 regional qualifiers, what is the mood, and how is the spirit of the whole team before such an important battle?

The same as always, just a lot of scrims, a lot of pub games, a lot of talking about the game in general, and pretty much a lot of hours of work.

Has the pressure become bigger after ana and Topson joined T1?

Yes, but it's not that big. We don't really care that much. As cheesy as it sounds, we just focus on ourselves. We can definitely stay toe to toe with them.

As someone who’s played for so long on the Southeast Asia servers, would you say they are as bad as people say they are?

The people on the SEA server just need to learn to communicate better. For instance, the people on the EU or NA servers play a lot with each other, so they kind of know about each other. But in SEA, these people rely more on communication. When I play in EU and NA, hardly anyone ever talks. Everyone kind of assumes what the others will do, while in SEA, we are not used to that, here everyone talks so much, so the people coming into our server are not adapted to it.

What are your thoughts on the TI11 format with the addition of last chance qualifiers and the length being stretched to a full month, do you like it or do you think it will kill the hype by taking so long?

I don't know how it is going to be from the audience's point of view, but from my point of view, I think it is healthy to bring more teams to the biggest tournament in esports. For example, League of Legends, even though they have a smaller prize pool and stuff, they have so many teams, and their flagship tournament, Worlds, goes for a long time as well. I think the hype for TI will still be there as well, I mean who is not hyped for TI, right, even if it's a bit longer? So, overall, I think it's a good change.

Coming back to ESL Malaysia 2022, who do you think will lift the trophy?

It has to be between Aster, Secret and OG. I don't know who between these three will the tournament, but I'd say that they will be the top 3.

Thanks a lot once again for talking to us today, we wish you the best of luck in the TI qualifiers. Any final words that you might want to add for the Talon Esports fans?

Thank you guys for supporting and we will try our best to not disappoint you again. Hopefully, we will see you soon in Singapore!

Do you think talon esports will win the SEA regional qualifiers for TI11?

Dota 2 patch 7.32b brings balance changes before the TI11 qualifiers