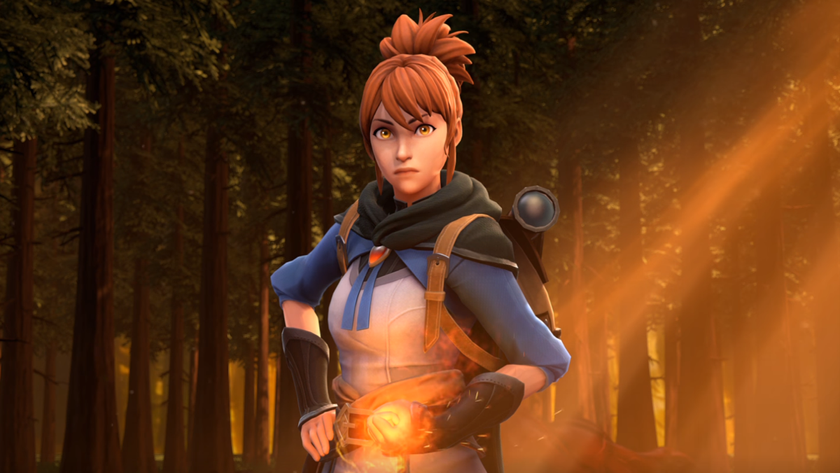 Towards a tail end of the meta that developed around Dota 2 patch 7.30, we take a look at the five best  offlane heroes in pubs right now.

The position 3 role, or the offlane role, had an interesting impact on Dota 2. Offlane heroes were some of the most impactful ever in the 7.30 meta on which TI10 was played. The heroes that come to mind are Magnus, who was possibly the hero of the tournament; Lycan, who was used with a number of different melee carries to buff them with Wolf Bite; and Tidehunter and Earthshaker, who were the second and third most picked heroes of the tournament respectively.

Although these heroes did make a mark in the biggest tournament of the year, all the strong performing offlaners were nerfed in Dota 2 patch 7.30e. With their nerfs, the path was cleared for other offlane heroes to rise in top tier pubs. Additionally, Marci was released in the game in patch 7.30e, and while she has been played in all lanes, offlane is possibly the position where she has shown the most promise.

There isn’t a clear date in sight for the release of patch 7.31, and from what the past has shown, the first DPC season might be played on patch 7.30e (or the next balance patches), which means there is still some time to take a look at what heroes are the top performers in offlane in the current meta. The heroes have been picked as the best performing ones from the Divine and Immortal brackets. This data is as per Dotabuff and has been analyzed for the past one month, so it contains data from a combination of patches 7.30d (around one week) and 7.30e (around three weeks). The choice of heroes has been made from a combination of high pick rate and high win rate heroes.

Marci is the hero making the most waves right now, and not surprisingly so. It’s only natural that when a hero is released, all attention is drawn to the hero. Marci is no different, having a very high pick rate and being tried out in every lane. But the lane most professional players seem to be playing her in is offlane. Daryl Koh "iceiceice" Pei Xiang spammed Marci for many games in the offlane, and did quite well with the hero. Marci has initiation tools and can disrupt the opposition, chase after enemies, buff allies and a way to reposition enemies to get them away from their team (anyone remember this horned hero who did that a lot at TI10?), which all fits well in the offlane arsenal. With her ultimate, she can also dish out a good deal of damage, although that is the only time her right click damage is formidable. Once she is introduced to Captains Mode, which should be before Season 2 of the DPC Leagues for 2021-2022 begin, it will be interesting to see if the big teams continue to see her in the same light. She will get a Aghanim’s Scepter upgrade and an Aghanim’s Shard upgrade before that, which might make her more suited in other roles, but for now, offlane is the place to be!

When Marci was released, she was a bit too strong, and was nerfed twice to make  her a bit more balanced. It tanked her win rate initially, but as players got more used to the hero, the win rate has risen again (the graph shows the win rate and pick rate for all ranks, not just Divine and Immortal).

The biggest buff Night Stalker received in Dota 2 patch 7.30 was the ability to have the duration of Dark Ascension be increased from 30 seconds to 40 seconds through the level 10 talent. That’s a 33.33% increase in duration of his ultimate, and according to Dotabuff, that is the talent picked in 68.6% of the games, which is not a surprise. The cooldown was also increased to keep the downtime the same, but the big factor is NS gets 10 extra seconds of darkness and time where he can fly and have unobstructed vision. In a team fight, 10 seconds is HUGE! It can very well be the difference between a won or lost team fight. With other offlaners falling down the pecking order due to nerfs in Dota 2 patch 7.30e, right now, NS is one of the better offlaners to ply your trade with in pub games.

Necrophos received decent buffs in patch 7.30, but the buffs weren’t enough to make him a strong hero for TI10. But like Night Stalker, the hero has had a resurgence with others losing their popularity. Necro is one of the more versatile offlaners, who can go the Radiance build, magic damage build or be a healer with Guardian Greaves and spamming of Death Pulse. The magic damage potential of Necro has had a massive buff with the changed Aghanim’s Shard upgrade decreasing enemy magic resistance by 25%. It also helps that the meta is suited for healers, with Holy Locket being a popular item, although it did get nerfed in patch 7.30e.

Legion Commander started out as a highly contested hero at TI10, but her popularity went down as other heroes rose to the fore. But that doesn’t change the fact that she is a strong hero in the offlane. In one of the first games of TI10 between OG and Alliance, Sebastian “Ceb” Debs showed the potency of her new talent which gives her the +200 Duel cast range, which makes it harder to escape from an LC marching towards you to challenge you to a Duel. According to Dotabuff, the talent has a 77.2% pick rate, which is an indicator of how good it is. A strong talent which can be obtained at level 10 has a very strong impact, because it is available from a very early stage in the game (duh!), and has a high impact on the strength of a hero in a meta. LC also has one of the best Aghanim’s Shard upgrades, which gives 1.5 seconds of magic immunity with Press The Attack, which makes the case for picking her stronger.

For the past few years, Earthshaker has been a hero who always gets buffed in the patch just before TI. IceFrog and Valve possibly like the energy and excitement Raigor Stonehoof brings to TI games, and it also helps that the crowd gets a boost clapping with Earthshaker hitting his Totem on the big screen when he is picked! The crux of the situation is, Earthshaker was buffed twice before TI10, which made him the third highest picked hero in Bucharest.  Post TI, there has been a slight nerf to his Fissure mana cost. Additionally, Fae Grenade has been nerfed, which gave him two Enchant Totem right clicks. But even without that, Earthshaker is a strong hero, which can do a lot of magical as well as physical damage. The increase in base attack damage from +20 to +30 for the level 10 talent which he got in patch 7.30 is an increase in 40 Enchant Totem damage (before reductions from armor), while the additional Aftershock damage and radius was a massive buff to his magic damage and AoE control abilities. Those have not been nerfed, keeping the hero a strong option in the position 3 role.

Yes, she fares better there than other positions
Thank you for voting!
No, she's equally strong in multiple positions
Thank you for voting!
Siddharth “Gopya” Gopujkar
A Mechanical Engineer who is as interested in the mechanics of DotA 2 as every machine he studies. Pursuing his Master's at the Michigan Technological University.
Share Tweet
52 people reacted to this post