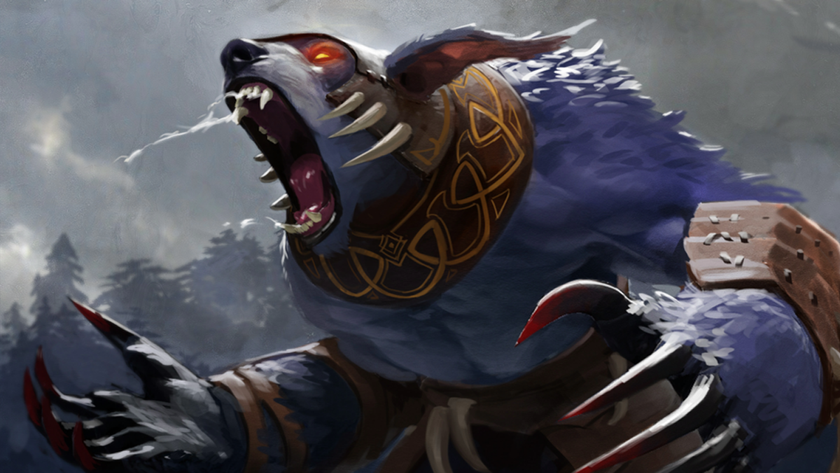 Towards a tail end of the meta that developed around Dota 2 patch 7.30, we take a look at the five best carries in pubs right now.

Dota 2 patch 7.30 has been a versatile patch for Dota 2, on which TI10 saw a total of 113 heroes picked (out of 121). One the most versatile, if not the most versatile, positions this meta has been the carry role. Typically something that gets concentrated to four or five heroes, this meta has seen multiple carries flourish. The best example of that is Team Spirit’s Illya “Yatoro” Mulyarchuk playing a total of 21 heroes at TI10, and annihilating the opposition with most of them.

There isn’t a clear date in sight for the release of patch 7.31, and from what the past has shown, the first DPC season might be played on patch 7.30e (or the next balance patches), which means there is still some time to take a look at what heroes are the top performers in safe lane in the current meta. The heroes have been picked as the best performing ones from the Divine and Immortal brackets. This data is as per Dotabuff and has been analyzed for the past one month, so it contains data from a combination of patches 7.30d and 7.30e. The choice of heroes has been made from a combination of high pick rate and high win rate heroes.

Ursa got nerfed in Dota 2 patch 7.30, but seeing his pick rate and win rates plummet, IceFrog was sympathetic and buffed Fuzzy Wuzzy in patches 7.30c and 7.30d, which has made him a hero to be considered. Even though he didn’t do too well at TI10, Ursa has been performing well in pubs, thanks to the recent buffs. The buff in patch 7.30c is not one that makes a big difference, but the added Fury Swipes attack damage in patch 7.30d applies to farming and fighting. He is sitting pretty with a significantly high pick rate, and above average win rate.

Additionally, in the past few weeks, players have weaned away from the Battlefury build and taken refuge with Diffusal Blade, which gives the bear a very early power spike as compared to the Battlefury build. And even though his Aghanim’s Shard has been nerfed, it continues to be one the best ones in the game. Ursa is the fastest Roshan killer in the early to mid game phase, and in a game where his team is doing well, doesn’t even need to spend the 1400 gold on the Aghanim’s Shard, as he can get it from the second Roshan.

Just like Ursa, Wraith King was hit hard in patch 7.30, only to be shown mercy in patches 7.30c and 7.30d. Since then, even though not a top tier pick, the hero has made a comeback and slots well into certain lineups.

The increased Mortal Strike damage is no joke, and with a lot of Wraith King players going with a single target damage inventory, like Armlet, Deso, Blink, supports are one or two shot targets if WK gets a jump on the backline. Just ask Artsiom "fng" Barshak, who’s Lion got wiped out by one big swipe of Nuengnara "23savage" Teeramahanon’s Wraith King’s sword at TI10!

Medusa got nerfed Dota 2 patch 7.30e, but it didn’t have a significant impact on her pub win rate. The pick rate and win rate dipped down a bit on one day, but then picked up again. It is slightly surprising that she got nerfed, as she didn’t do exceptionally well at TI10 (27 games picked, 13 wins, 38.15% win rate). But pubs are a lot more unstructured than professional games, and the team coordination to suffocate farm and prevent her from getting ancient stacks is often not present, which gives her the space needed to hit critical mass, given that she is one of the fastest farmers in the game. A big addition to the Gorgon’s arsenal has been her Aghanim’s Shard, which was initially thought to be a bad upgrade. The Shard sends out a single target Mystic Snake at anyone who targets Medusa with a spell. That Medusa’s mana by 50% of the target’s maximum mana (with the level 15 talent), which is insane. For Medusa, mana is effective HP (EHP), and in a way, targeting her with a spell is like giving her HP! It becomes a sticky situation.

Phantom Lancer is a hero whose strong performance in pubs is slightly difficult to explain. The hero was picked only four times at TI10, and has no major buffs thrown at him for a while. One of the explanations could be Manta Style was buffed a few patches ago, which helps PL farm faster. But a bigger explanation could be the fact that Sven isn’t the strongest of heroes right now. Not that Sven is unpickable, but the Rogue Knight, who is PL’s biggest counter, is not the strong hero he was in patch 7.27. Other counters like Leshrac aren’t hot picks either, and Tiny, who could take on PL with the cleave of his tree, recently got nerfed. So potentially, it is just a case of PL’s counters being suppressed that is seeing him do well in top tier pubs.

Weaver was one of the most picked heroes at TI10, but not for the reasons you’d think. He was played mostly as a support at TI10, but that made him a flex pick, open to the possibility of turning the tables on the opponent and revealing him as a carry. While not so potent in pubs, it is a tactic that could be implemented in pubs if you are playing with friends, or if teammates are open to the idea.

As such though, the recent nerfs he received are targeted to the support role. Weaver still remains a decently strong core, and can run amuck without counters to him in game. Weaver has been one of the most versatile heroes in the carry position in terms of item builds, and that continues to serve him well, as players can adapt to games as per the requirement.

Even though Tiny makes the honorable mentions, it is important to state that his pick rate and win rate have dropped off a cliff after the nerfs in Dota 2 patch 7.30e.

There aren’t any out and out winners for the carry role, because of the diversity currently at the disposal of players. Even the most successful heroes have win rates in the 52%-54% range, which signifies there isn’t a carry overlord in the game right now. This is one position more open to experimentation than others, till Dota 2 patch 7.31 arrives.

Do you like the carry pool in the current meta?