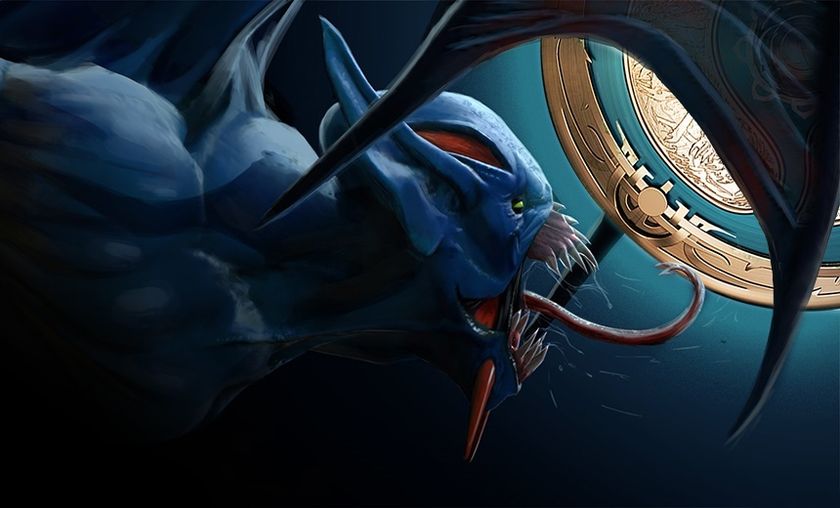 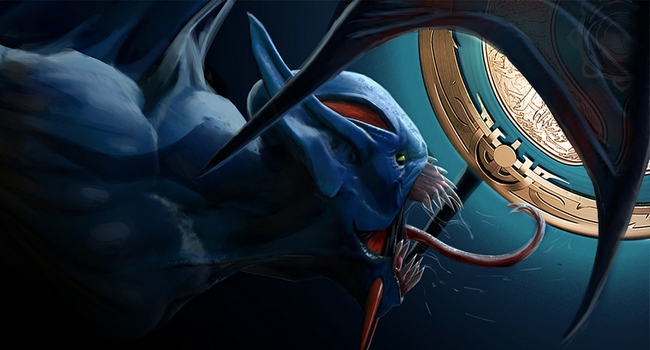 The past week was one filled with a continuous flow of Dota. I remember sleeping on my desk watching a game only to wake up hours later with a fresh set of games on display. 356 games were played in the main qualifiers for The International 7 with over 6 different regions to determine the 12 teams that would go to Seattle along with the six already invited. And did the games entertain or what! Played entirely on the 7.06 d patch, it is maybe the most stable meta we are looking at since the arrival of Dota 2 7.00 in December 2016 (although it definitely isn’t the most perfect thing out there).

In all the games that were played, 111 heroes were picked! Leaving two heroes aside, all the heroes saw the action of at least one game. Given that meta outcasts like Alchemist and Morphling were seen in only one game, but hey, it’s better than nothing! The two unlucky heroes that saw literally no action were Shadow Demon and Techies. Last TI, it was all about the SD-Luna combo. One year later, no one thinks of the poison spreading demon. Leaving them aside, let’s look at the heroes that were favored throughout the qualifiers. Here are the 25 heroes that were picked the most in the 356 games: 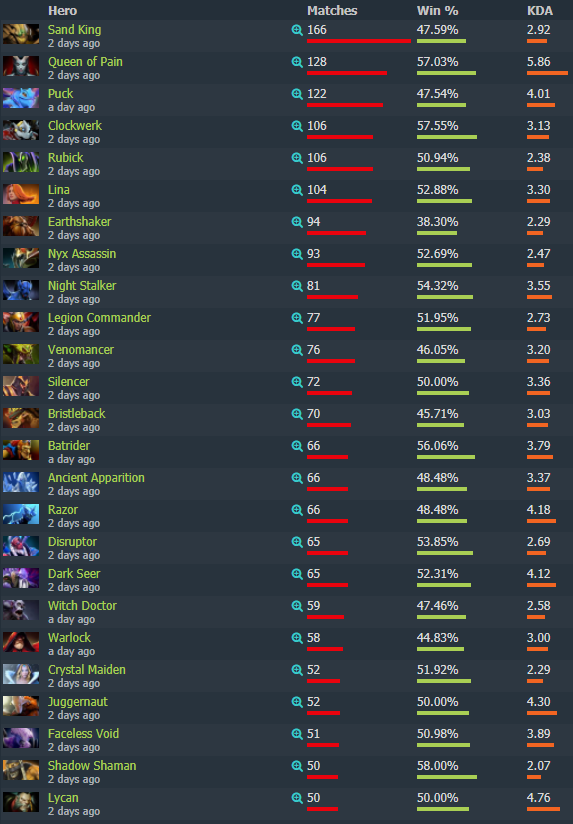 Most picked heroes of the TI 7 qualifiers

Sand King seems to be the most favored hero, turning up in 46.63% of the games. With roamers like Earth Spirit and Money King nerfed to the ground, Sand King has found refuge in the position four role. Although he has such a high pick rate, he isn’t the most contested hero. That honor falls to the Night Stalker.

Most contested heroes of the TI 7 qualifiers

Banned in 66.56% of the games (that is crazy), it’s a clear indication that hardly any team wants to go against the hunter in the night. A major reason for that is that with his new ability that grants flying vision and pathing over cliffs, Night Stalker no longer needs an Aghanim’s Scepter for full effectiveness. Instead, he is free to go for utility items like Solar Crest and Heaven’s Halberd that will help in a team fight. The high number of Clockwerk bans is also understandable as position four Clockwerk has been getting a lot of success. A 57.55% win rate from 106 games is quite impressive!

The meta might have changed from what it was at DAC or at the Kiev Major. But one thing that continues to remain the same is the importance of position four heroes in the draft. At DAC, it was Earth Spirit and Monkey King. In the TI 7 Qualifiers, the top four most contested heroes are position four heroes! How the roaming hero affects the laning stage has a profound effect on how the game develops; especially since the extra creep added in the mid lane gives it additional importance.

Another amusing thing the stats point out is that there isn’t a certain favorite hero for the safe lane, but the highest picked in the lot has been Venomancer! A hero that was hardly seen a few weeks ago, is now being picked quite frequently, which is not the most surprising thing in the world as we are looking at a team fight meta. Similar is the case with Razor who teams opt for in either the position one or two (or position three in case of Complexity Gaming). An honorable mention must go out to Bloodseeker who is finally being considered by teams, even though he’s not close to the top picks. Earthshaker was the most picked offlaner (might have been in a support role for a few games, but the majority of games saw him in a position three role). With offlaners like Sand King and Clockwerk migrating to the support role, teams have realized putting the Totem wielding Shaker in a more farm prioritized role can reward you with a lot of mid game damage output as well as pickoff potential.

Besides Sand King and Night Stalker though, no hero is being overly contested like Monkey King, Earth Spirit, Lifestealer and Alchemist were a few patches back. The nerf to Bristleback has put him to rest, and even though he is still a very viable hero, it is a bit easier to deal with him.

Coming to game durations, most games tend to finish between 30-50 minutes (64.33%). There aren’t a lot of the long dragging games (although Team Empire vs Vega Squadron did make a compelling case with a 141 minutes game) neither are there extremely short ones where you either steamroll or are steamrolled. 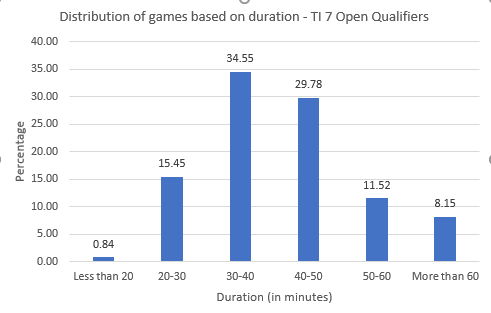 Distribution of 356 games based on duration

It’s no surprise heroes like Naga Siren, Morphling and Spectre are hardly seeing any games. If your carry takes 25-30 minutes to come online, there’s a strong chance you’ve already lost the game by then. It’s not exactly a deathball meta, but neither is it one where you farm passively for the initial stages of the game.

Going into TI 7, I would say we have a decent meta lined up in front of us and considering there aren’t too many tournaments before The International 7, Valve will probably decide to proceed with the same patch for Seattle. If I were to make a few tweaks (7.06 e), I would probably increase the cooldown of Night Stalker’s flying skill a bit and push ahead Wraith King and Medusa who could do with some love.

What do you feel about the current meta? Let us know in the comments!

Would you like the current meta to continue into TI 7?