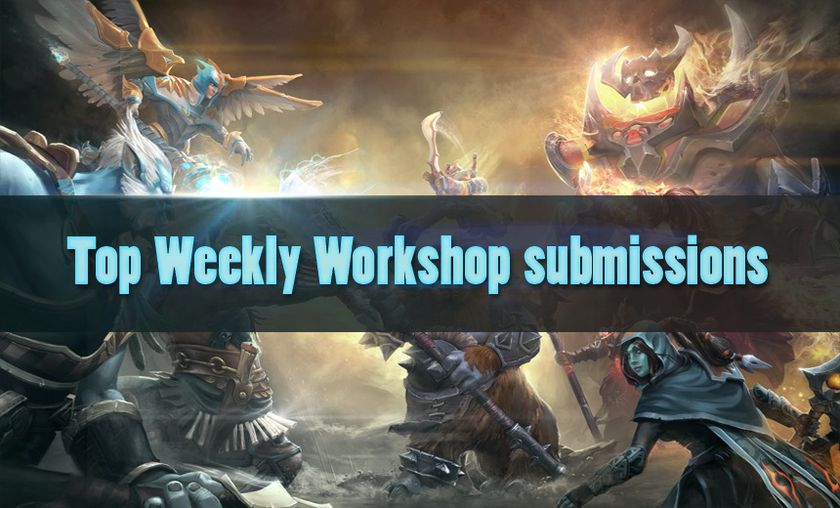 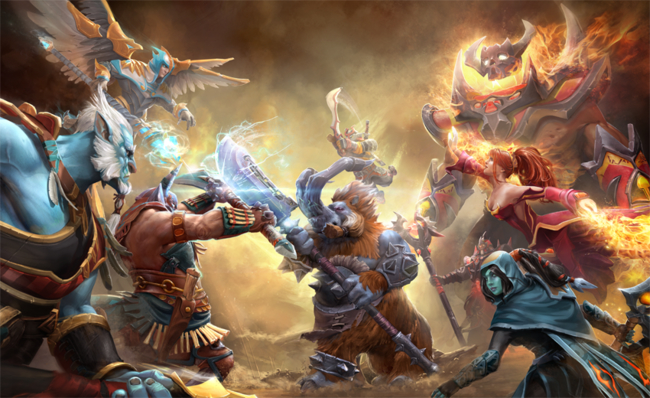 This week, 12 sets were submitted to the Dota 2 Workshop, all very well designed and pretty as usual. While i was looking through the list, a new face grabbed my attention. His name is fAnts and he came up with an OSFrog, Earth Spirit set. Curious about the story behind the frog belt and his feelings before he hit the submit button, I asked him to share some of his thoughts with us.

Tell me a bit about yourself first of all. What would you like people to know about you?

My name is Luciano, I live in Spain but I'm from Argentina (Mendoza) and I've been playing Dota since 2007. This is my first ever 3D project and it’s for my favorite game, Dota 2 !

When did you first start in 3D graphic design and why? Did you take classes or go to a specific university for this kind of work?

I finished a course of programming for Android in 2014, but my plan was to study Computer Science at the University. Soon i realized that i didn't like it as much as I thought. I wanted to make games but programming felt boring so i started studying 3D stuff in September 2014. I took it "light" in the first few months because i didn't want to be overwhelmed. I started with Zbrush because it was what I liked the most. The only thing I knew that could be useful to me for this was Photoshop.

My main objective is to work for game companies, and I had to choose the one that was best for me. I feel that if I start creating stuff for Dota 2 it will help me reach my objective faster.

Who encouraged you to continue with your passion? Was it difficult to justify the many hours spent doing what you like? (I guess without any money at the beginning)

I`m really lucky to have my family. They support me and understand that If i start doing something that I don`t like, i will regret it later.

It is hard to find motivation sometimes, mostly because you find problems that you must solve by yourself and that can be very stressful but now, that i can finally produce something decent, i feel happy and have lots of motivation to keep creating things !

Have you ever submitted for any other games? What is your work all about?

The only thing I did related to games was a final project for the course I was studying. It was a game for Android made with 2 other classmates. For me is about imagining things in your mind and then creating them in 3D, which is quite a challenge. Comparing it with programming, for me feels a lot funnier because you see everything and it`s less abstract.

I always liked drawing, and it has something of it to certain extent. 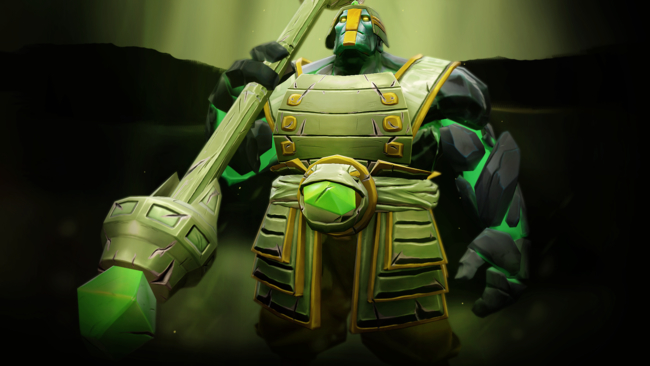 So, about the Earth Spirit set. Why was Earth Spirit the first thing you thought of, and what inspired you to design it?

I first thought of making one for Ember Spirit, but I decided to do it for Earth because I played this hero a lot and really like it.

My inspiration came from the Twitch chat. Whenever a player did something nice while playing ES, people were spamming “OSFrog” in the chat so i thought that a frog could fit in a set for him. I was thinking about a Warrior with pieces of armor, so I can include the frog head as a shoulder or belt. The first idea was to make the frog head as a single shoulder piece, but then I thought about the belt and It sounded better. The name of the set, "Anar" is "Rana" backwards, which means "Frog" in Spanish. 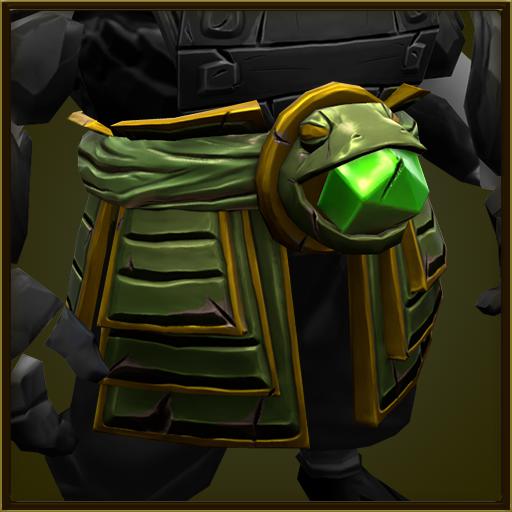 Tell me how you felt when you clicked on the submit button.

When I submitted the set to the Workshop it was a really pleasant feeling, i was working on the set since April/May and i lost some time because the concept wasn't 100% finished.

I had no experience in concept art and that was the main problem I think. The concept for my set was really messy and I never finished it completely. When you start doing this kind of stuff, you should have a finished concept in mind before jumping to 3D.  It`s a thing that I would like to improve !

How do you feel about the feedback so far? Was it disheartening to see some negative ones?

I was really looking for feedback because I know that I will improve with it. Of course, all depends on how you take it. I understand that people have different opinions and tastes for everything, not even if it's the best set ever people will find something that they won't like. 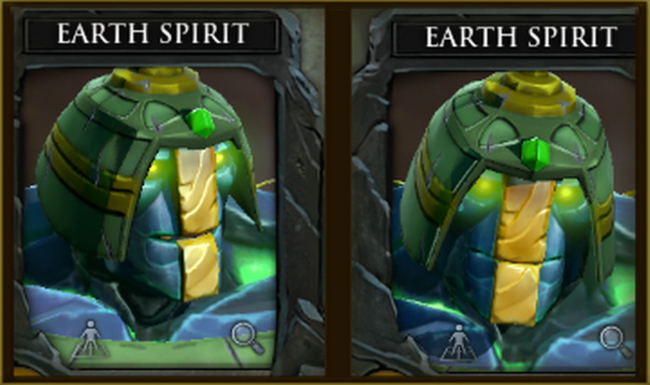 What expectations did you have before submitting your set? Did you talk with somebody before starting it?

I knew that since it's my first set (and first 3D work ever) I can`t have a lot of expectations, still It felt pretty good to be able to make something decent.

I talked with some friends and showed them the work I was doing, they helped me a bit in some ideas, It's good to always have a second, third and even fourth opinion about things! From where did you learn about the Workshop? Did you always want to start a career out of this?

I always had the feeling to try it, since i was a kid I liked to play with Photoshop and do my own stuff. I learned a lot about creating stuff and how the things works from other artists like Anuxi, Tvidotto, Motenai or Liveworkshop (Sith). They help me a lot by sharing their content. As far as I know, it's hard to have this as a job. Its unstable if you don't have a name in the scene, however I think you can achieve it if you work hard enough. Self criticism is really useful, otherwise you can't improve yourself.

I like to compare the attitude you need for this with climbing MMR and improving in Dota. If you want to improve but your attitude is bad, you don't see your own mistakes and you can't have an objective view of things, you will be stuck there for a long time. I don't know much about the "insides" since i don't have anything on the market yet.

What plans do you have next? Sometimes these things require time and patience. Are you willing to invest in it?

My plan is to get recognized in the Dota scene as a Workshop artist. I will keep doing sets and improving. My main objective right now is to make sets, reducing the time in doing so to be more efficient.

I already committed in investing time and patience, now is when the fun starts !

When you play, are you thinking about the cosmetics of a hero and the things that you can design for it?

I think about that sometimes, especially if i like the hero. My favorite hero changes every time, right now is Meepo because I feel he`s really fun to play. Before him it was Earth Spirit, Slark and so on. i find more motivation if I like the hero, but If I think about a cool concept involving other hero, i would do it too!

You said you've been playing Dota since 2007. Did you ever consider playing at a professional level?

I tried things here in Spain, to play competitive. By November 2014 I had like 6,2k MMR, it was pretty high back then, the maximum was like 7k. Me and my team went to a LAN in the summer of 2015 in Spain but i never took it too seriously. It was a fun experience. I think that the mindset helped me to keep going, but i always knew that it`s pretty hard to live off competitive play, especially if you don't play with Europeans (English speakers).

Thank you for your time and best of luck in the future, hopefully we will see your items soon on the market !

Cursed Harakiri, Gold Ripper, Wyvern of the Pleiades or Maze Watcher were added to the waiting list. It`s a real challenge to pick between them because every single one deserves your attention and your votes. 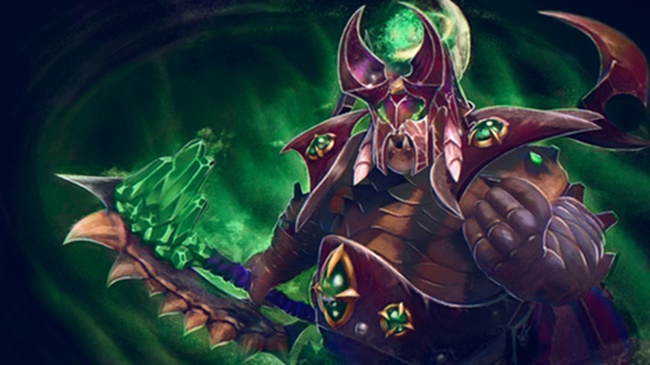 Recently appeared in the Dota 2 scene, Underlord enjoy the attention of the workshoppers who already designed his first 4 pieces set making him look like a true warrior. Even though is the very first attempt to make something for this new hero, the artist managed to keep the Pit Lord lore. Armed by the monstrous forgemasters of his kind and well-practiced in the arts of the Dark Rift, Underlord is ready to enter on the professional scene and kick some asses.

Those who face the Underlord will bow and pay tribute, or be crushed where they stand.

Essence of the Trickster 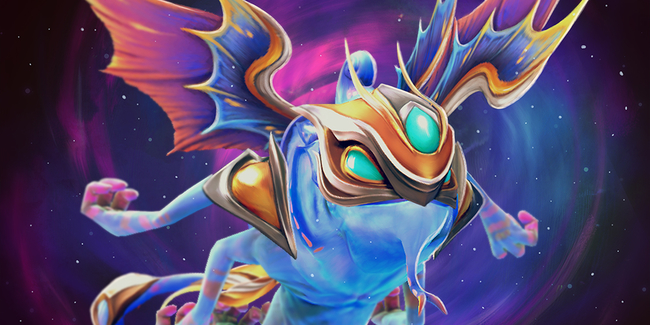 This is one of those sets that catches your eye. The perfect color combination blends incrediblely with the hero making him look cartoonish. While Puck seems at first glance a mischievous, childish character, this quality masks an alien personality. 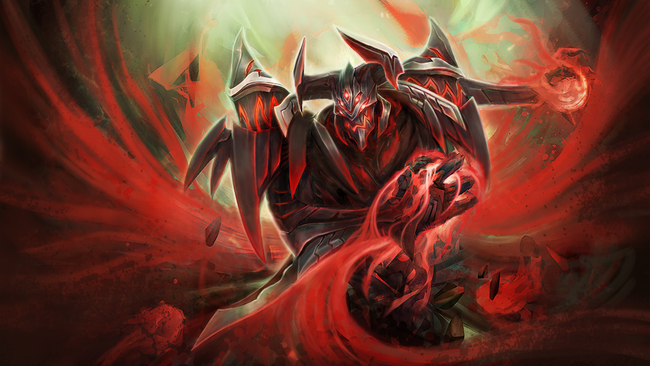 Workhoppers notes about the set: Nevermore...The last thing that graced the lips of the unfortunate souls that came into contact with this being of monstrous hate.

Unlike many of the souls this Shadow Fiend devours,none have served him as such. Taken from a warrior long forgotten, Nevermore only draws upon this soul in the darkest of times.

Forged from a soul so dark, so evil, and so twisted that the soul manifested itself in a physical form. Cladding him in an armor so intense that merely the presence of it can turn the tides of battle. While instilling only one constant thought into the head of Nevermore, collect, collect, collect. 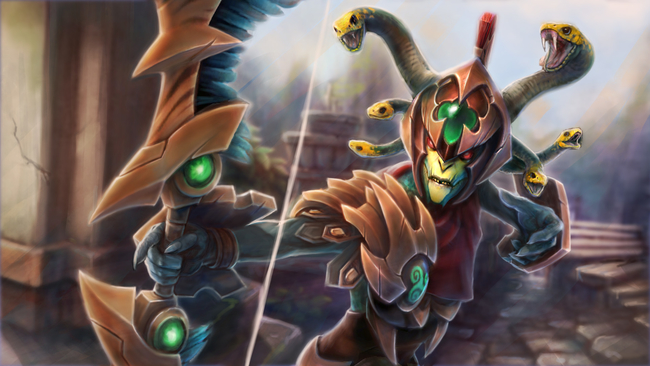 When you first see this set you think about Stone Gaze. It`s like she used her power to harden a greek soldier to steal his armor so she can pass anywhere unseen. 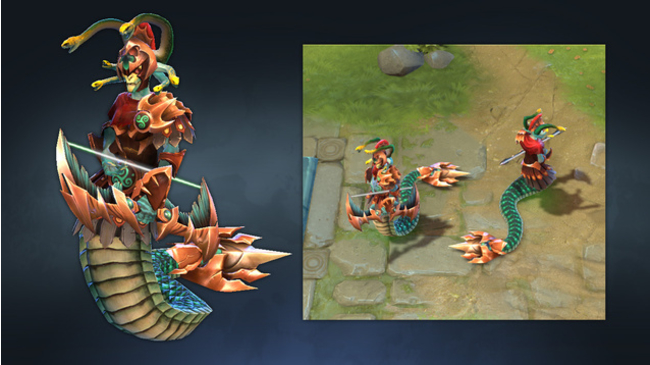 Nateo`s description about his work : Armor worn by an ancient people, who were said to be born from the teeth of a dragon. 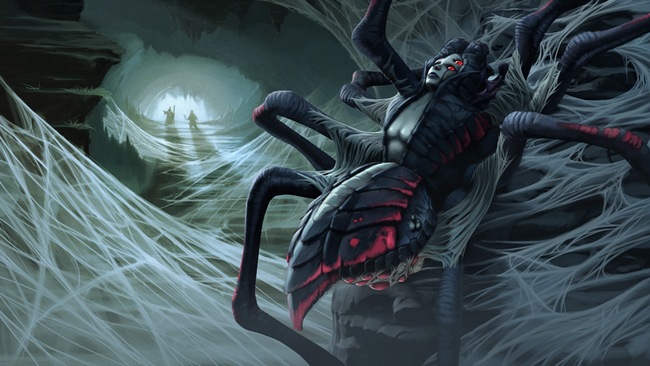 I asked Motenai, the workshopper that designed this incredible set to give us a few words about his work. What inspired him to create this Broodmother look and if he is nervous after he uploaded his sets.

Motenai: Well it's hard to tell what inspired me. I started with an idea in my  head to merge a woman's face somehow on broodmother's body, something like  the "Death's head moth". In this early stage a friend found out that  there is a woman-spider demon named Jorogumo in ancient japanese  folklore, so i tried to grab some  inspiration from that as well, beside  also using the same name for the set. The result though is not too  attached to the japanese iconography of Jorogumo, i tried instead to  make my own western version of it.

I usually never feel too nervous after i upload a new set, is more like a relief to finish something you've worked on for quite some time. My only hope is usually that my creation is well received by the Dota 2 community and Valve, considering i made the Workshop my fulltime job for the last three years.

Would you like to find out more about the Workshop process?