GosuGamers got the opportunity to interview Execration’s captain, Kimuel 'Kim0' Rodis, and their drafter, Abed 'Abed' Yusop, regarding their expectations, preparation and predicitions for the Wild Card round in Seattle. Execration has been around the Philippine Dota scene for a long time and, like a lot of Dota 2 teams, their breakthrough was made possible by a lot of trial-and-error, passion and determination.

Fierce and determined, Kimo says that they have prepared long and hard for the International 6 and they aim for the top, instead of thinking about the lowest place they could possibly get. He said that after Manila Majors, they finally discovered the correct roles for their members.

When asked which team they didn’t want to face during the Wild Card qualifiers, Abed and Kimo unanimously said compLexity, North American team having, in their opinion  the most solid strategies and team plays, but also saying that they’re going to give it their best shot even though they have a 50/50 chance of not making it through. Kimo strongly believes that in Dota 2, anything is possible. 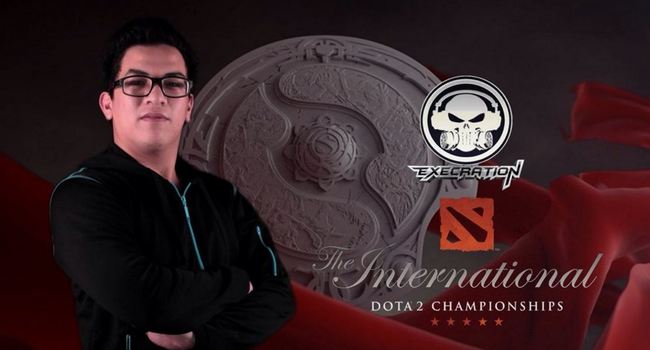 The interview was conducted in Filipino and translated by Gama Rae 'Paeijwei' Comaingking.

Hello Kimo, being the most senior member of the team, what has changed since the beginning of your Dota 2 career until now?
I’m still here relentlessly playing.  In my Dota career, I only changed roles but never my team. MOST LOYAL PLAYER HERE REFUSING TO CHANGE TEAMS.

How did you form the most recent roster (how you guys met, when you first played together)?
Execration has been around for a long time. When we started this new roster, we had Nando then Rr. Rr suggested that we adopted Abed, and after a few months Abed suggested that we take Tims, which completed our lineup.

Do you have any advice for people that want to try their hand at captaincy?
My advice is that you should always have a cool head and avoid being hot-tempered. You should always understand your teammates, and you should always think of new ways to improve your team’s performance. Don’t give up, we’re Peenoy (Pinoy)!

Hello Abed, how much does your team rely on Meepo?
We do not really rely on any specific hero, although it is one of my comfort heroes, we always have a lot of other heroes in our mind to pick in order to secure the good game. P.S I hate playing meepo. Kappa.

Do you have any advice for people who want to become strategists or drafters?
I think it’s really complicated and it only comes from experience to become a good drafter. The main thing to do when drafting I think is to gather the ideas and thoughts of your team but the captain ends up having the last word. 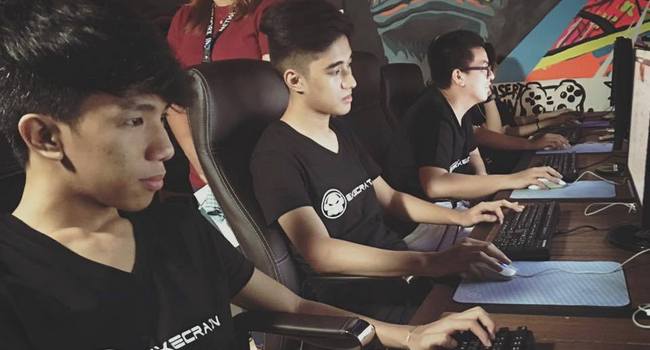 What are your opinions on SEA Dota in general?

Kimo: I agree with people who say that we’re the weakest and most disorganized server you could possibly encounter. A lot of us have different mentalities, like those that aren’t focused or professional when it comes to gaming. The teams are also very unstable; sometimes this team is strong and sometimes it’s another team. It’s conflicting and confusing. SEA Doto shouldn’t be imitated.

Abed: There are a lot of highly skilled players and teams on SEA DotA but they're not being pushed to their maximum potential.The SEA scene is behind in a lot of terms. for example: sponsorship, etc.But hopefully someday as the community gets bigger, SEA DotA will be better.

Well, clearly you guys pushed yourselves this year and may the TI6 Wild Card be only the beginning for Execration, I wish you good luck in Seattle. Before ending this interview, do you have any shoutouts?

Kimo: To all of the Execrations fans since the beginning (and until now), thank you so much for the support.

Abed: Shout-out to my family, friends, manager, teammates, former teammates, and to our fans (if we have any).

Special thanks to McKaye for making this interview possible.

Do you think Execration will make it into the Main Event?

Yes
Thank you for voting!
No
Thank you for voting!
Gama Rae “paeijwei” Comaingking
also known as CubeHeartXX in StarCraft II. Loves to play Dota 2 and write features about Philippine teams and events. Hopes to someday travel the world for eSports coverage.
Share Tweet
1,518 people reacted to this post