The wait is finally over, and The International 4 is to officially start a few hours from now. Three teams will  be very soon bidding goodbye to their dream of claiming the Aegis of the Champions this year, as only one out of the four competitors will advance into the second phase.

The tournament will start with its first phase, the wildcard tournament. The runner-ups of the four regional qualifiers will be competing on a single-elimination tournament to determine the final team heading into the round-robin stage.

Also being held on day 1 is the Solo Championship, on which the participants are voted by the fans themselves via the Compendium. Daryl 'icieiceice' Koh is looking to defend his title which he won last year, and he will compete against many other well-known middle-lane players on this tournament. The 1v1 games will be scattered throughout the first day. 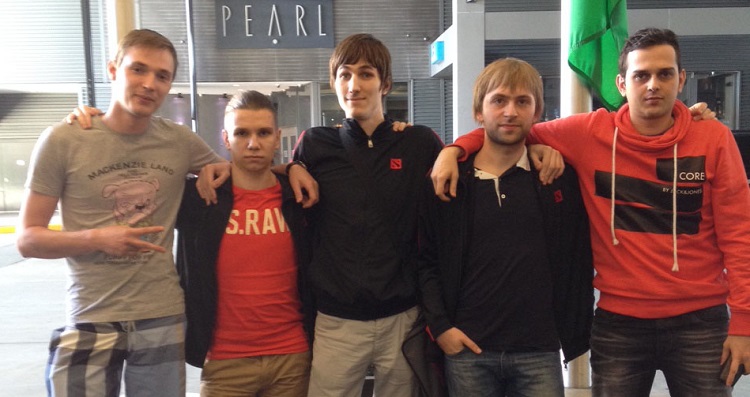 Virtus.Pro is a team of Dota veterans - in fact, three of them played on last year's The International under the same team. They were outclassed last year, however, and had one of the worst records on TI3. They tried to regroup, and they eventually added another veteran Sergey 'God' Bragin and the relatively young player Yegor 'JotM' Surkov.

The year was rough for the Russian team, and they were often plagued with inconsistency. That haunted them all the way until the European TI4 qualifiers, wherein they barely made it past the round-robin stage as they finished with a mediocre 5-4 record. However, they stepped up when it mattered and they defeated Team Coast as well one of the favorites in fellow Russian team RoX.KiS on the playoffs to punch a ticket into The International. They came close to defeating the eventual EU qualifier champion mousesports, who won 3-2 on the finals.

While VP had a disappointing TI3 performance, this team had put up a valiant run. Team Liquid was also present last year, and they were able to pull off a solid 7th/8th place finish, highlighted by an elimination match victory against Chinese giant LGD.

This year's Team Liquid, however, is very different from last year. Only two out of the five members from the 2013 team remain, and they had to go through major drama somewhere between that point to here. Despite that, they have still established themselves as one of best teams in the NA region, and have qualified after losing 2-3 on a hard-fought series against Na`Vi.US (then known as North American Rejects) in the finals of the American qualifiers.

In terms of overall experience, CIS probably has the least among the four teams on this wildcard tournament. Most of them are yound and have not played outside of the Chinese region, and their US visa application issues certainly did not help.

The good news for these team is that while they are limited to almost only Chinese teams, they have competed time and time again versus the best teams that their country has to offer. That experience may well be a valuable one, and it can be the difference maker on this competition. They have also scored two wins against LGD during the entirety of the Chinese TI4 qualifiers.

Despite being the youngest team (in terms of experience) among the four, Korean team MVP.Phoenix has already grown so much in such a short period of time. They are very active on tournaments, and have shown exuberance during their participation on the LAN finals of Starladder IX and on their exhibition matches.

They have shined the brightest so far during the SEA qualifier, wherein they had a captivating performance - beating the odds and multiple veteran teams en route to a runner-up finish. Despite the eventual champion Arrow Gaming winning the finals, MVP was able to score a game and have shown a potential that they could have possibly nourished.

The wildcard tournament has been evolving - from the back-up-slot match-up back TI2 and the two-team sudden-death last year, this year now features a four-team single elimination competition. The two veteran teams of the west are on opposite sides of the bracket, and will be pitting against the young upstarts of the east in the first round.

All games in the wildcard will be best-of-three. The champion will keep their dreams alive and join the 15 other teams - 11 of which are invited and four other who advanced from the qualifiers - in the second phase.

Aside from the Wildcard, there will also be intermissions in the form of the 1v1 Solo Championship. The contestants have been voted by the fans themselves via the Compendium. All but two are 2-position players for their team. Interestingly, those two have won 1v1 tournaments against other players on this field - iceiceice winning last TI's Solo Championship, and FY winning he 1v1 tournament on Redbull ECL and The Summit.

Moving in into the second phase means that the teams are one step closer 'into the money'. While the wildcard by itself has no cash prize, the winning team will join the other 15 teams on a 16-team round-robin where all but two will receive a portion of the record-breaking prize pool.

Regardless of which wildcard team make it through, they will be considered an a major underdog heading into the second phase. However, that has a brutal schedule which will surely test the teams' focus and endurance as much as their skill and coordination. With 120 games getting played in just four days, and only best-of-one matches to add, anything can happen as teams jockey for a better position.

The prize increase significantly from the eight place onwards. Everyone is talking about the massive prize of the champion, which is getting near to five million dollars. However, also worth noting are the rewards for the runner-up, which is about as big as the winnings of last year's champion. Another one is the prize of the third placer, which is about as big as the cash reward of the champion of the first two The Internationals.

The prize distribution are as follows (accurate at time of publication): 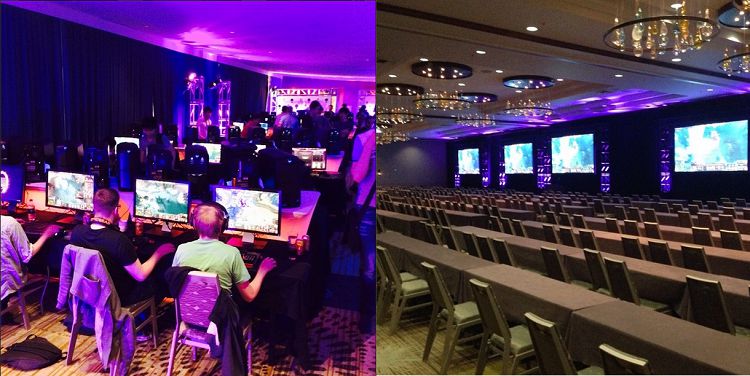 While the main event will be held at the massive Key Arena, the first three phase will be held on a familiar venue. The first seven tournament days will be consumed at Westin Belllevue, a few blocks away from the Valve headquarters. It will have a private setting, and contrary to the previous year - this year's will open a viewing section for the public with the VIP tickets.

Where to watch online

While there are only so much people who can watch The International in Seattle and an even smaller number able to watch the earlier stages at Bellevue, everyone will still have various opportunities to watch and enjoy the games. Aside from all the games being available and free-to-watch on DotaTV, there are also a plethora of streams across different languages to follow.

You can catch the wildcard games in English by following this stream, while the 1v1 matches can be seen here. Russian, Korean and Chinese streams are also available.

You can also visit our wiki page for more information on The International 4.