Empire - A quest for dominance

“
Aggression only moves in one direction - it creates more aggression.” - Margaret J. Wheatley


Note: Hover over the player images to know more about individual stats! 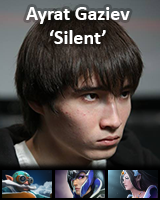 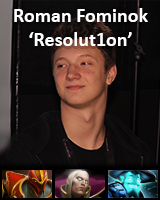 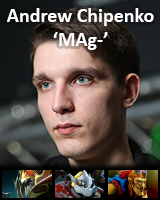 Empire is a team with a long and troubled history. Since the start of their DotA2 journey in 2011, over 25 different players have played for Empire, including some of the strongest player of the Russia/CIS region. Despite their strong presence in the scene, this is the first International they have managed to enter. Looking at the tournament prizes the team has received from 2011 to 2013, the amount seems measly compared to the playoffs and finals they have reached.

During the TI2-TI3 period, Empire turned into a giant, reaching three consecutive Star Series playoffs and winning major online competitions such as The Premier League #3. Along with their success came numerous fans, who watched in shock as Gleb 'Funn1k' Lipatnikov departed the squad in February 2013 to join Natus Vincere. Many believed that Funn1k's departure was the main reason the team did not manage to reach The International 3.

In an attempt to maintain the positive mentality inside the squad, the Empire organization decided to fill the void with the Russian veteran Ivan 'Vigoss' Shinkarev. Nonetheless, the team seemed to lack the previous flow and coordination, resulting on the departure of two more players and the team's elimination from the TI3 Western Qualifiers.

“
There is always a time when something needs to be changed and the time has now arrived. ”
- Goblak after leaving Empire in 2013

The post-TI3 roster changes brought a complete revamp of the squad's roster, with Roman 'Scandal' Sadotenkov being the only 'old' player. Internal turmoil, however, caused his departure in November, and Roman 'Resolut1on' Fominok was introduced - forming the current Empire squad. It should be noted that Resolut1on, ALWAYSWANNAFLY and Mag- were teammates in ICCup, a team that disbanded in August 2013.

The new and renovated team Empire quickly turned from the sidekick into the superhero. During the 6.79-6.80 period, Empire's aggressive gamestyle with heroes such as Lycan, Visage and Leshrac lead the team to an impressive winning spree, with over 20 continuous victories in European competitions. The streak was eventually broken by the Kazakh squad NEXT.Kz, burning thousands of rares in the process. But by that point Empire had managed to show that they are stable once again, resulting in a direct invitation in The International 4. 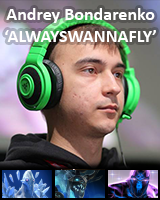 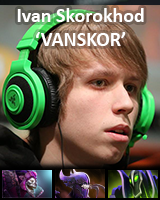 “
We don't have anyone who tells others what to do. Everyone gives some kind of information. Once everyone knows what to do, it is easy to execute.”
-Mag, interviewed at StarSeries IX finals

Team Empire really likes to mess with your head. Their early-game unexpected and well-executed rotations aim to build a solid advantage that serves as a stepping stone for mid-game dominance. Why take the game late when you can make your opposition tremble before the 20th minute mark?. This served as Empire's motto for the early-2014.

Honoring the Eastern European temperament, Empire is one of the best teams in terms of hero slaying. The five players really love scoring kills, and through 2014 they have managed to become faster and faster in bursting down their enemies. Their bloodthirsty habits are evident on their favorite core-hero selections, with heroes like Doom, Mirana and Storm Spirit frequently finding their way into Empire's lineups.

However, all this killing and ganking and pushing requires a solid laning stage - this is probably Empire's greatest weakness. A good start for Empire can make it very difficult for their enemies to get back on their feet, as Mag, Silent and Resolut1on know how to take advantage of their hard-earned money. However, when things go rough very fast and the two supports lose their effectiveness, Empire is an easier target. Good examples are the recent matches against Cloud9 for the ESL One qualifiers.

After three years in the competitive scene, Empire will now have the chance to prove themselves against the world's best. As it currently stands, they can emerge victorious against every other Western participant, as they have done in the past.

However, since they have only limited experience against Asians (they have only battled against iG and DK in Star Series IX), it will be interesting to see how they fare against teams such as Titan, NewBee or ViCi Gaming. With the new tournament format, Empire will take on new, different opponents, an experience that can only benefit the five aspiring players. Knowing the 2014 Empire, one thing is sure - every game will be a pleasure to watch. 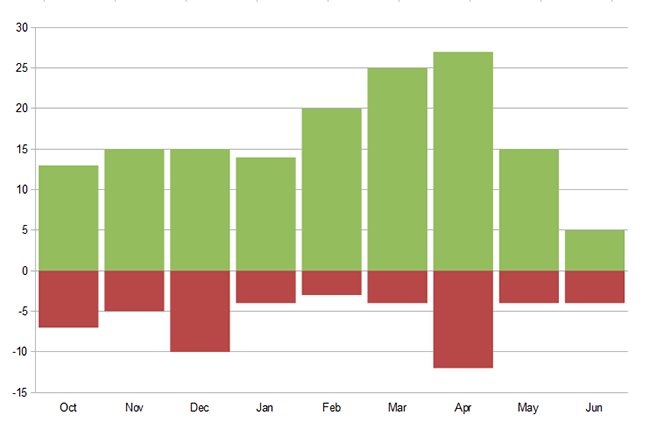 Look at all that green! The team's winrate has been impressive since the roster stabilization of October 2013, especially between January and March 2014 with a match record of 59-11 . However, the month of June only saw nine games and a 55% winrate, mostly caused due to the lack of big online competitions. It is safe to assume that their preparation bootcamp will help Empire maintain their good form when they travel to Seattle. 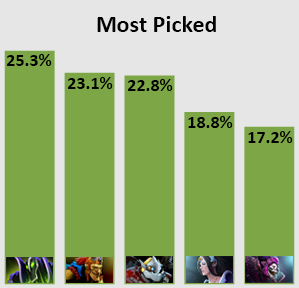 Empire's blue period came during the 6.80 era, and their most picked heroes were based on the meta formed by this significant version. 6.81 brought some minor nerfs to Empire's frequent selections, but it did not seem to have such an impact on Empire's winrate.

Dazzle and Rubick are two of VANSKOR's signature heroes, allowing him to play both offensively and defensively depending on the enemy. Since 6.81, Dazzle is not that popular anymore, due to the removal of the initial ministun of Poison Touch. Batrider and Clockwerk are two classic initiators that suit MAg's role and playstyle, usually placed at the offlane against a solo hero or dual lane. Last but not least, Mirana is a common selection for both Silent and Resolut1on, and one of the most picked heroes of the current meta. 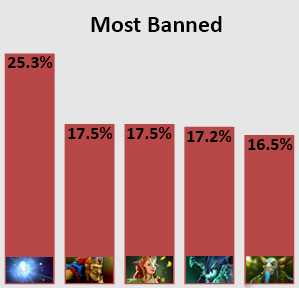 As mentioned above, Empire loves killing heroes. Their strategy revolves around early-game rotations that weaken the opponent's mid-game. Thus, heroes such as Io, Nature's Prophet and Enchantress can be a nuisance, as their spells and rotations can prevent the lane domination Empire usually seeks. Io (paired with a carry) and Furion can also split-push very effectively, being a direct counter to Empire's common 5-man push strategies. Batrider and Outworld Devourer are very dangerous and unpredictable heroes, and they are two of the most banned heroes since TI3.

- Resolut1on was born in 1996, and he joined ICCup at the age of 16. Along with Arteezy, he is one of the youngest players of The International 4.
-Silent's ingame name contains '<3 Mila'. It refers to his girlfriend Mila Alieva, a female competitive player for Virtus.Pro.
-Silent is the only member of Empire that was part of the dominant 2012 Empire squad, but he played the support role back then. (blowyourbrain, Scandal, Funn1k, Goblak, Silent)
-When Funn1k's departure was announced, Empire did not immediately reveal his replacement. Instead, they published a parody of the movie 'Dark Knight Rises', explaining the situation in a comedic manner.
-ALWAYSWANNAFLY used to be a member of Team Empire back in 2012, and he went through four different squds (five, if you count TTD) before he returned.
-I cannot find anything interesting to say about VANSKOR (yes, I noticed his name is capitalized). The only thing i can say about that guy is that I am envious of his golden hair.

Head over to The International and Empire wiki page for more information!