Na'Vi.US: A Band of Rejects 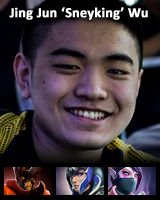 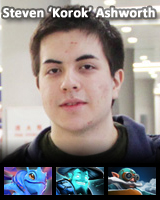 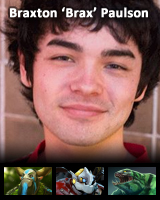 Na'Vi.US, commonly called "NAR'Vi, were picked up by the Na'Vi mother organization on June 3rd this year. Previously known as North American Rejects, the name a perfect metaphor for the team itself, the roster consisted of players who all share the common fate of being tossed around from team to team, being the runts of the Dota 2 pro-scene. When the band of five eventually had enough, they got together on April 11th to form NAR.

“
Most people in the community see North American Dota as something transient, temporary and sub-par. We're here to change that mentality, and prove that the American Dota scene has a lot to offer, in both talent and personality. We're immensely proud to be joining one of the most storied organizations in Dota2, and we're ready to live up to that pride” - Brax

NAR's first achievement was in the ESL America Qualifiers, where they managed to take a game of the American Titans, Evil Geniuses. Although EG won, NAR showed that they are competent players able to force A-teams to take them seriously. A superb performance within the B Division of the American Dota League followed where NAR won with a score of 13-3 over the likes of CNB Esports, Union Gaming, Top5, Shadows of the Past and No Earthspirit.

Following the ESL One Qualifiers came the Summit qualifiers, NAR's first real chance to play against the American A-listers: EG (again), Sneaky Nyx Assassins, and Team Liquid. The mentioned teams, alongside NAR, happened to pass the Group Stages of the Summit Qualifiers and head into the Playoffs. NAR managed to knock out Team Liquid (2-0) and Sneaky Nyx Assassins (3-0) and stood alongside Evil Geniuses for The Summit LAN. This was perhaps the catalyst for the team's notoriety and was a perfect confidence boost heading into the American Dota League play-offs and The International 4 Qualifiers.

NAR later made it to the semifinals of the American Dota League and fell to Mousesports. Their achievement was the least bitter, as it was the start of their march, and no player on the team ever expected what their future will hold; even Brax said that TI5 was the goal from the start. It's also wonderful to mention that they had zero sponsors their whole time competing 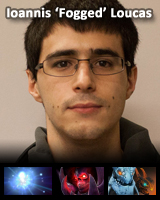 NAR's story is a real-life Cinderella Story, which grew proportionally larger during The International 4 Qualifiers. Their highlight was their 3-2 victory against Team Liquid - another top America team - in the Qualifier grand finals.

This was an extraordinary feat for the young team, which managed to beat out the top contender of the America Qualifier and gave North American fans a different name than EG or Liquid to chant. Their newly found prosperity within the Dota 2 scene has given them confidence and a considerable buzz. NAR were heading into The International 4 without a sponsor, an act that nobody expected to last.

There were rumors of the squad in talks with EG, Counter 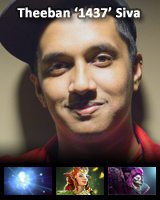 Logic Gaming, and several smaller eSports organizations. Surprisingly, news came that they chose to play under the banner of Na'Vi, to which the Na'Vi CEO Alexander "ZeroGravity" Kochanowski & Sneyking released the following statements:

“
We’ve been trying to open North America division for over a year. It’s definitely a huge step forward from Na`Vi’s evolution perspective. The Dota 2 squad is just the first stage in our plan of Natus Vincere project development in North America” -  Alexander 'ZeroGravity' Kokhanovskyy

Aside from the Qualifiers, the group received sponsorship with only two official titles under their belt, one being their top four finish in the American Dota League and the other was the lesser known GIGABYTE Challenge #4 (a monthly tournament), where they managed to take first back in May.

With NAR achievements placed aside, the new formed team went on to compete in their first LAN at The Summit. (An international tournament with top contenders like Evil Geniuses, Team DK, Vici Gaming, Na'Vi, and Fnatic) Although Na'Vi.US went 0-6, their performance wasn't substandard and many of the games weren't complete stomps. Na'Vi.Us also managed to play a series against their 'brothers' Na'Vi, with Game 5 considered the best match within the tournament.

One can also draw a parallel with Na'Vi.US's performance in The Summit to MVP.Phoenix's performance in Starladder 2014 where MVP.Phoenix were outclassed, but learned invaluable experience and learned 'what it takes' to play with the big boys. It's an achievement to be able to reach The Summit and talk and gain advice from the invited teams. One could also understand the pressure that Na'Vi.US faced during the event; with their new sponsorship, qualifier hype, and competing against some of the best teams in the world. The spotlight of the Dota world was definitely shifted upon their limelight.

Although they haven't played many games under the new tag, we had a glimpse of their performance at the Summit. To reiterate, none of the games were stomps, as they managed to hold their own against the likes of DK, VG, and Na'Vi. From The Summit we also understood that they favor a ganking and team fight oriented line-up, especially with their new go-to heroes Bristleback and Disruptor. Their picks and bans have shifted throughout the months and it will be exciting to see what they bring to TI4.

Throughout their career, Mirana has definitely been favored heavily, towering with 44,4% over the 29,6% of the runner-up Shadow Demon. Both Sneyking and Korok main Mirana, the latter having established himself as a top Mirana player way back in 2012. NA`VI.US also run Mirana like a carry, so Sneyking and Korok would switch roles since Sneyking also has past experience playing the mid-role. Following the females on mount heroes, Luna is a hero favored by Sneyking, with an impressive 12-3 record.

Dazzle also remains one of their highest picked supports, being played primarily by 1437. The trend of shadows seem to be amongst their supports, as Shadow Demon is also being picked up by Fogged quite often. These aren't particularly special heroes for the group, but they are standard picks.

Na'Vi.US doesn't shy away from despising Naga Siren as they have a ban-rate of 40.7% for the hero; which is unusually high compared to other teams. Another strange hero in the Most Banned patch is Treant Protector; a hero known for stalling games and causing havoc during the several minutes after creeps spawn. Aside from those two heroes, the bans follow in-suite with band trends: Lycan, Batrider, and Invoker being normal bans.

It should be noted that during The Summit, the team began banning Tinker after the Excalibur vs. DK incident and Dendi's extreme use of the hero; so, perhaps we can expect them to practice playing against Tinker the days leading up to TI4.

-1437 stand for the amount of letters in each word for the phrase "I love you forever."

-The team regularly stated that they will be looking towards TI5, prior to the Qualifiers.

Head over to our Na'Vi.US and The International wiki page for more information!

Shawn “DSquaredmag” Ganz
Hello, My name is Shawn Ganz and I'm an Editor for GosuGamers. However, I'm also the person in charge of the D² Magazine - the only Dota 2 Magazine in circulation. I also went to college, came out with a useless degree, and now using my time and effort to pursuit my new-found desire to be an eSports writer.
Share Tweet
24 people reacted to this post