I long so much to make beautiful things. But beautiful things require effort—and disappointment and perseverance.” —Vincent van Gogh, The Hague, September 9, 1882, to Theo van Gogh

It was in the early months of 2013 that Na'Vi underwent another roster change when Funn1k replaced ARS-ART followed by KuroKy replacing LighTofHeaveN after his contract expired. They may not have been successful, once again, in reclaiming the championship title, but they placed second in The International 3. It was still an accomplishment for the team, given that they managed to end up in the grand finals two consecutive times. 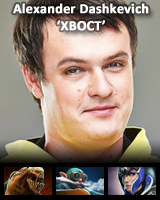 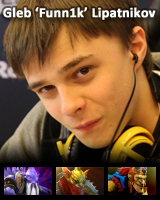 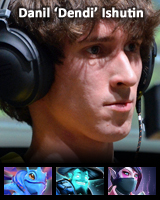 The International 3 was also the tournament where team Na'Vi proved, once again, how fast they can adapt during matches and how playful they are with their strategies. They had just lost Game 2 in a best-of-three match against TongFu and the scores were tied, which lead to a final map. They then used the Pudge-Chen Fountain Hook combo that ultimately snatched them the win against TongFu. This was one of the most unforgettable performances of Na'Vi that make them one of the most admired teams.

"Dota is so natural for me that I can do something besides it."-KuroKy

They had a few more good performance after The Interrnational 3 and they continued to win tournaments. They were able to regain the throne and beat Alliance in a in a best-of-five series during the 8th season of Starladder's Star Series last January. They also won a few more tournaments like the Techlabs and ASUS ROG DreamLeague Kick-Off Season.

"We lost a few games and start quarreling as a result, our moral philosophy has suffered. After that we got together and started to up. It was a very interesting process, it was like a new establishment of the team"-Funn1k about training in China

Na'Vi is very reliant on momentum that allows them to go for total map control and pushing strategies. They will also come up with hero combinations that are sometimes unorthodox but mostly effective. Once they have their momentum they can dominate the whole game and finish it in no longer than 30-40 minutes. They are very aggressive and fearless leading them to engage the enemy whenever there is an opportunity to do so.

However, the efficacy of this strategy is unpredictable. For instance, Na'Vi can shut down their opponents and deprive them of the opportunity to retaliate with this kind of strategy. But there are times when they become too aggressive, resulting in their team eventually losing a game, especially when they decide to overcommit in controlling a lane or when they become overzealous in team fights. This is Na'Vi's Waterloo, along with those instances where a member, or two, would get picked off, which can eventually disrupt their momentum and lose the game. 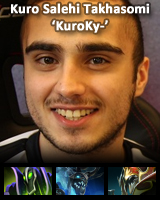 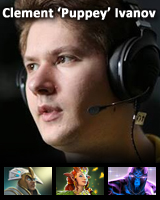 "What's the point to play late game if you can finish in 20 minutes? Like, what is the point? You risk, you play 60 minutes, someone kills your hero and BOOM! You lose the game."-Dendi

Team Na'Vi is also known for their unpredictable performance. There are times that they would dominate and in a lot in matches, but there are also times of lapses and losses. This is greatly shown this year, even though they won a few tournaments during the first few months of 2014. The following months however, they experienced numerous loses.

"The International are getting closer so we have to know about everyone. It's almost like a dress rehearsal"-XBOCT

After the release of the 6.81 patch, Na'Vi has been struggling with their picks and performances. They would still win regularly but lose more. It seems as though Na'Vi is having trouble coping with the recent patch, meta or as if they are in the process of changing their overall strategy.

Their recent matches were a bit shaky. They had good showings in one tournament but underperformed in another. They were the champions of the Dota 2 Champions League Season 2 but during the 9th season of Starladder, they lost to Invictus Gaming and they were unable to make it to the finals. Their team ended up in the 5th/6th place.

During those matches they continued to experiment with different hero picks. Their recent lineups have shown themselves a bit questionable, especially with the question of who gets to play which hero. During their last match against RoX.KIS, game 2, they put Nature's Prophet in the mid lane with Dendi while Puck was played by Funn1k. The quality of their performance varies, be it either that their team gets outdrafted by their oponent or they are unable to execute their hero combinations successfully.

The same can also be said about The Summit which just ended recently. Na'Vi may have shown some progress compared to their last performances, but the team is still not in its best shape. They experienced a 2-1 loss against Vici Gaming that put them in the Loser's Bracket. Then Evil Geniuses snatched Na'Vi's chance to make it to the grand final with a 2-0 win in a best of three match. But nothing certain can be said about Na'Vi. Many are arguing about their lack of training and they are already predicting roster changes due to the team's underwhelming performance recently. But Na'Vi still have time to prove them wrong, especially with the upcoming ESL One in Frankfurt, Germany. Nothing certain can also be said about whether or not Na'Vi will be able to perform well during The International.

It's that constant uncertainty that gets the Dota 2 community hooked with this team. You'll love them, then hate them and then love them again. Then there are times when you just don't bother anymore and just patiently wait with what they are going to do next. Na'Vi is well-known for their unpredictability and they have already proven in the past that they can outperform their opponents and dominate. One can never know if they can make it to The International Grand Finals again or even win the championship for the second time. 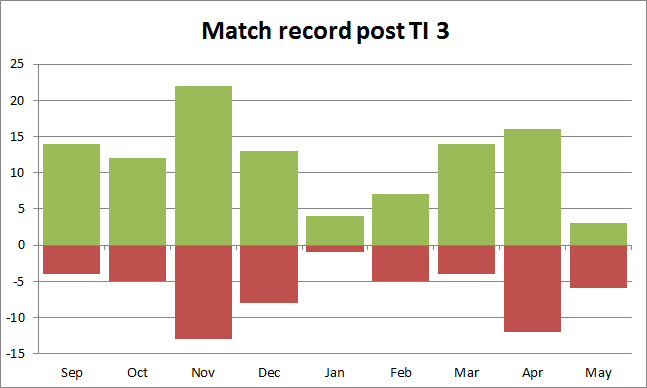 The performance of Na'Vi has been fluctuating ever since The International 2013. They started strong in the month of January but their performance slowly started dipping February onwards. At one point, they were the Na'Vi no one knew with, as admitted by themselves, team members not scrimming enough. The worst blow came post the 6.81 patch, where the team started plummeting and failing to place on top at important events such as StarLadder IX and The Summit. They also failed to qualify for DreamLeague due to lack of practice. Their only hope is to shine in the upcoming ESL One Frankfurt after which they will participate in The International 2014. 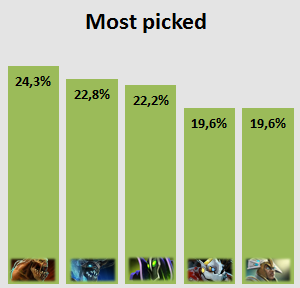 Na'Vi's recent picks focus on gank plays and team fights, this is reflected upon their most picked heroes that shine during the early-mid game periods. Lifestealer is one of XBOCT's most successful heroes, usually picked with Storm Spirit, Clockwerk and Puck for the notorious 'bomb' combos. Visage and Rubick are very oftenly played by KuroKy, as they are two supports that fall off harshly the longer the game progresses. Chen is one of Puppey's signature picks since he joined Natus Vincere, used both offensively as an early game pusher, and defensively as a healer that can save his allies from several tricky situations. Last but not least, Clockwerk is a common selection for Funn1k, who uses the hero to set up teamfights for his team. 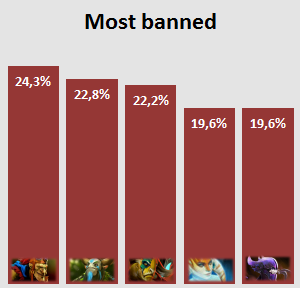 When it comes to the top banned heroes by Na'Vi, they all have one thing in common - they can mess with the flow of a teamfight. Batrider is an unpredictable initiator that can isolate a target in less than two seconds, and he is one of the most banned heroes in the history of competitive DotA, despite his many nerfs. Nature's Prophet's global presence can be a nuisance, as he can interrupt a gank and turn the tides of a teamfight. Elder Titan's impact relies on his passive, Natural Order, which eliminates the physical and magical resistances of his opponents. Any natural 'tankiness' of heroes like Clockwerk is non-existent when Elder Titan is around, so Na'Vi prefer to get rid of him. When it comes to the remaining most banned heroes, they can both send the opposition to the dream world using their spells. The instant crowd-control provided by the two heroes counters the hero-hunting strategies based on Dendi's and Funn1k's initiation, a fundamental aspect of Na'Vi's game plans.

-Puppey plays the saxophone and he taught himself how to play the guitar.
-There was a time when Dendi played League of Legends.
-XBOCT recorded an announcer pack that was released last April.
- Funn1K was known for his Wisp when he was a part of Team Empire.
-Aside from his life as a professional gamer, KuroKy is also studying Psychology.