I recently stumbled across this post, a mathematical analysis of the zoom_sensitivity_ratio_mouse command in CS:GO. The TL;DR of that post goes as follows:

It looks good at first...but there is one claim in this thread which raises some serious questions. That is the following: 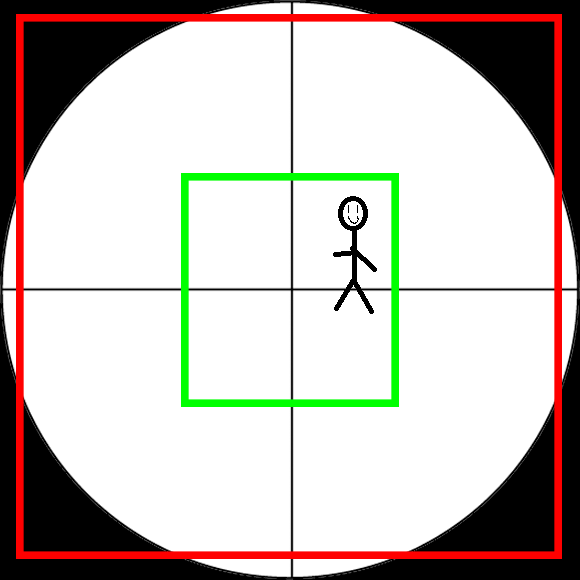 If you were to use a ratio of 1.0, this thread argues that the the opposite would be true: 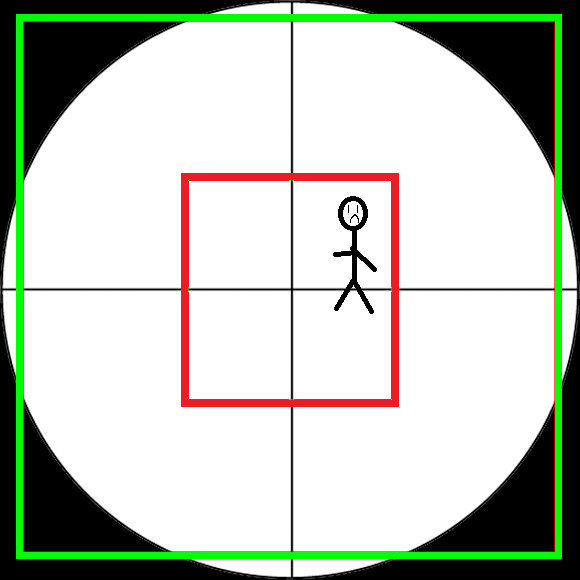 So your "short" flicks aren't the same as your non-zoom sens, but long-range ones are!

Not quite. You see, what I just said can't possibly be true. Here's why:

Let's say you're using the .818933 sensitivity, and you peek out with your AWP scoped in. The bad guy outside of the "accurate" range of your scope! 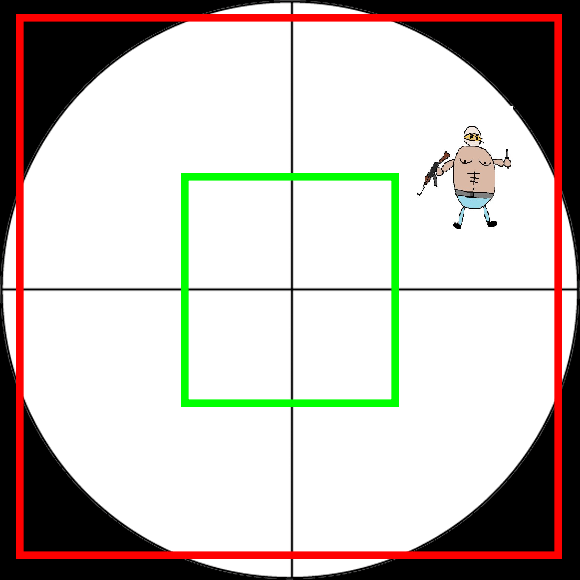 But, let's say instead of instantly flicking to the bad guy, you instead flick to the very edge of your "accurate" range; like so. 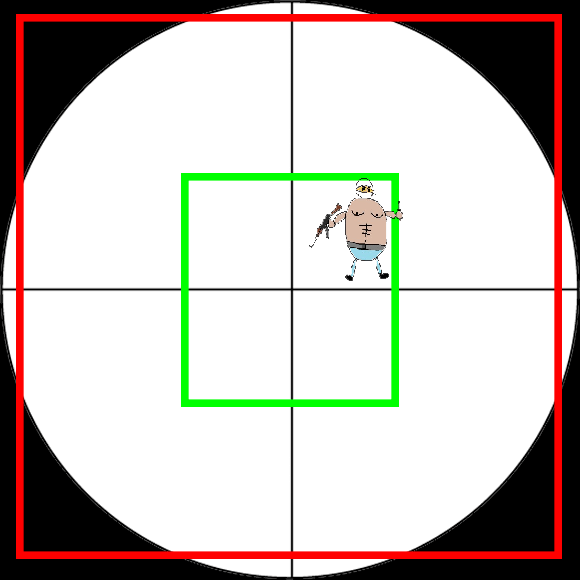 So now he's in your "accurate" range. You flick again - this one also perfectly accurate. Naturally, you get the shot, ez global elite major champion.

But hey, wait a second. What happens if you do these tiny flicks really, really fast? How can a long range shot be inaccurate, but if you take it step by step, it's accurate?

And that's exactly it.

You don't have to do these flicks slowly - in fact, you can do them so fast that it's basically one flick! And if at every step along the way you're perfectly accurate, how can the end result be inaccurate?

There's some weird math here involving infinite series that prove this point, but it's also intuitive.

In other words, the fact that an "inaccurate" long flick can be compartmentalized into a series of "accurate" short flicks means that long-range flicks must always be as accurate as short range!

So what does this mean?

This means that either the assumptions of the original post were flawed, or there is mouse acceleration built into the scope sensitivity of CS:GO.

I don't have the technical prowess to test the latter, only the Microsoft Paint skills to consider the former.

However, given that this post was made 4 years ago, and I've seen no further discussion of it since, I figured it was important to address / clarify! I spent some time looking for answers on my own, but couldn't find any :)

Either some of the assumptions underlying the ".818933 master race" argument-thread are inherently flawed

In either case, further research by smarter people is needed.

Conclusion (after reading all the replies)

So, let's get down to the questions posed above!

Thank you to everyone for your feedback, especually user u/_m00se_/ who really helped me understand the process :)

THORIN ON FLASHPOINT NEGOTIATIONS: "THERE WAS A LOT OF FUCKERY BEHIND THE SCENES..."

KENNYS: "WE'VE BEEN TRYING TO ACCOMPLISH WHAT A PROFESSIONAL TEAM IS SUPPOSED TO"