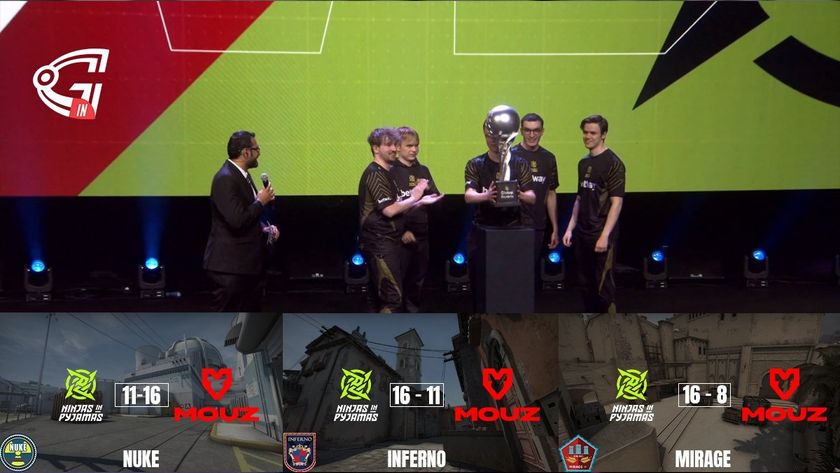 Global Esports Tour Dubai 2022 finals were held between the tournament favourites and the most powerful teams, Ninjas In Pyjamas and Mouz. NIP started off their journey with a disappointment after getting beaten by NASR eSports in the first match of the Quarterfinals. Although they made their way through by beating them 2-1 at a later stage. They seem to have quite a similar fate in terms of the finals too after getting beaten by Mouz in the first match of the grand finals.

The first match started off with Nuke, which was picked by Mouz where they managed to pull off a great start winning comfortably by a scoreline of 11:16.

Even though their head coach Daniel “djL” Narancic tested positive for COVID-19, Ninjas in Pyjamas did not disappoint in the end. The Swedish side struck back on the second map which was played on Inferno where they managed to pull off a scoreline of 11:16 at the end after ending at 10:5 at the halftime on the t side.

The last and final match of the Global Esports Tour Dubai 2022  was played on the iconic Mirage map where Ninjas In Pyjamas begin the start to the end by winning the pistol round defusing the bomb at bombsite "A".
Ninjas In Pyjamas were able to keep composure throughout and were able to build a grip to the end of the grand finals showing how much capable they are in terms of performing in such a big stage with $100,000 on the line.

NIP dominated the first half and ended their CT side with a 12:3 Scoreline. The momentum continued to stay and it was all over for Mouz. Despite the fact that Mouz were able to hold off Ninjas In Pyjamas at the Match point for some time, they were unable to make a comeback to the game and overcome the shortfall.

Ninjas in Pyjamas lifted the mighty trophy and are the winners of the cash prize of $100,000 at the end.