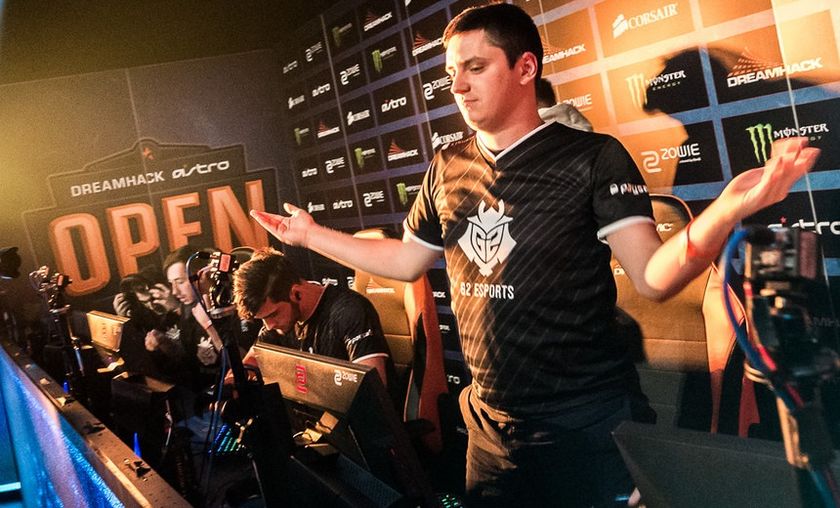 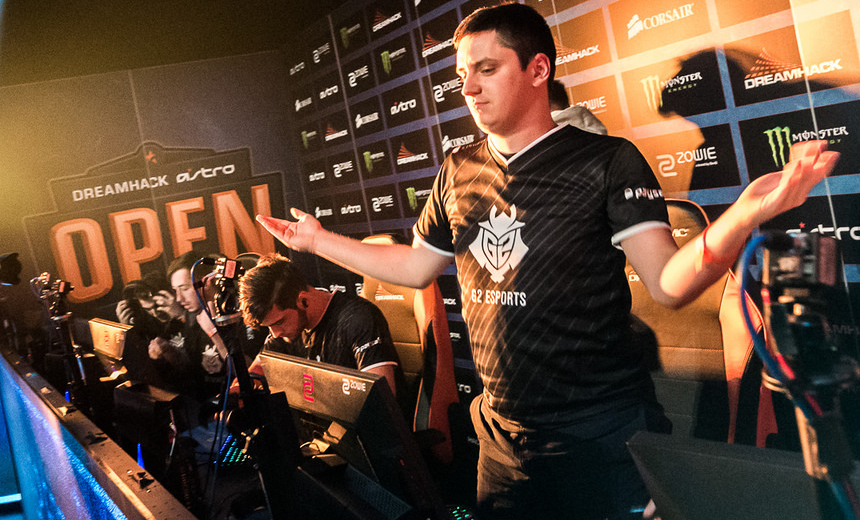 The French team was able to take out HellRaisers in two maps to win DreamHack Open Tours 2017 and take home $50,000.

G2 took the first pistol round, but a very aggressive buy - two AK's on ANGE1YL and STYKO - allowed HR to answer right back in the next round, thanks in part to ANGE1YL's flank and subsequent quad kill. Despite their flimsy economy, G2 was able to bounce back and take the next round. The Frenchmen took that momentum and ran with it for the next eight rounds, when a triple kill from STYKO finally gave HellRaisers the opening they were looking for to get themselves their second point of the map. With both teams buying and at full strength, the twelfth round was all about technical skills and who could land the kills. HellRaisers won the resulting battle, but a second buy from both teams finished the opposite way in the proceeding round. With G2 going perfect in the fourteenth round, HR called an unusual Tactical Pause with only one round until halftime left. It wasn't enough, though, with G2 taking the final round of the half.

Zero's triple kill saves the second pistol round for HellRaisers, who diffuse the bomb to earn their fourth point of the map. HR then were able to take the next two rounds, but G2 broke their stream once they were able to full-buy in the nineteenth. With G2 taking the next two rounds, the French were on map point at full strength. HR didn't have the cash to keep up, resulting in G2 grabbing the first map with a 6:16 score.

HellRaisers started out with a quick pistol round win, defusing the bomb that KENNYS planted on A to start off the map with a win for the European mix. Thanks to Zero's continued dominance and STYKO stepping up to the plate, HellRaisers pulled off a six-round stream since the pistol round, forcing G2 to call for a Tactical Timeout. Whatever was mentioned seemed to work, with G2 pulling off a narrow victory in the ninth round to give them their second round win of the map. The two teams shared the next two rounds before G2 was able to force bondik and ANGE1YL to save their weapons due to lack of funds, effectively allowing G2 to start their push back into the map. Despite a quad kill from bondik, it was a clever play by shox - who faked going to the dropdown room to flank DeadFox and give him the opening to plant on B and take out Zero soon after - gave G2 the thirteenth round. HellRaisers answered back the next round, which was much needed after the team had dropped five of the last seven. ANGE1YL clutched a 1v2 to award the final round of the half to HR, 10:5.

Bodyy almost clutched a 1v3 in the second pistol round, but ultimately it was DeadFox who had the last laugh to bring HR within five rounds of winning the map. He came back in the next round to clutch a double kill, and with KENNYS assisting him on a third, G2 was able to bring the momentum back into their favour. boddy was busy once again in the eighteenth round, assisting nathanS in a crossfire that allowed G2 to only trail HR by four going into the ninteenth round. KENNYS then opened the door for another swift victory for his team thanks to a gernade kill on ANGE1YL, bringing G2 within three. A few missed molotovs - having been extinguished by smokes - resulted in a failed push on B, giving G2 yet another round. Despite a very strong opening from HellRaisers, it was KENNYS and his AWP that saved the round for G2, who were now only a round behind the Frenchmen for the lead. He couldn't do it two rounds in a row, however, resulting in HellRaisers finally breaking G2's push and bringing them within three rounds of map point. The twenty-third round almost went HellRaiser's way, but shox once again clutched and forced HellRaisers to concede the round and call a Tactical Pause. It wasn't a successful one, though, with G2 fairly easily mowing HellRaisers down to tie up the series, 12:12. They take the lead in the next round with relatively no trouble, save for a few mis-snipes from KENNYS. HR was able to slow things down in the twenty-sixth, though, in order to once again tie up Cobblestone. A quad kill from KENNYS once again pulled the map back into G2's favour, only two points away from map point. A triple kill from KENNYS gives them the Frenchmen their fifteenth point, but HellRaisers rushed B to give them their fourteenth point. The last round in Regulation had its hype with a quad kill from STYKO almost bringing the map into Overtime, but it was KENNYS' triple kill and apEX's double kill - including the killing blow on STYKO - to win the map and the match for the now-hometown heroes, G2 Esports.

Did you expect G2 to win?