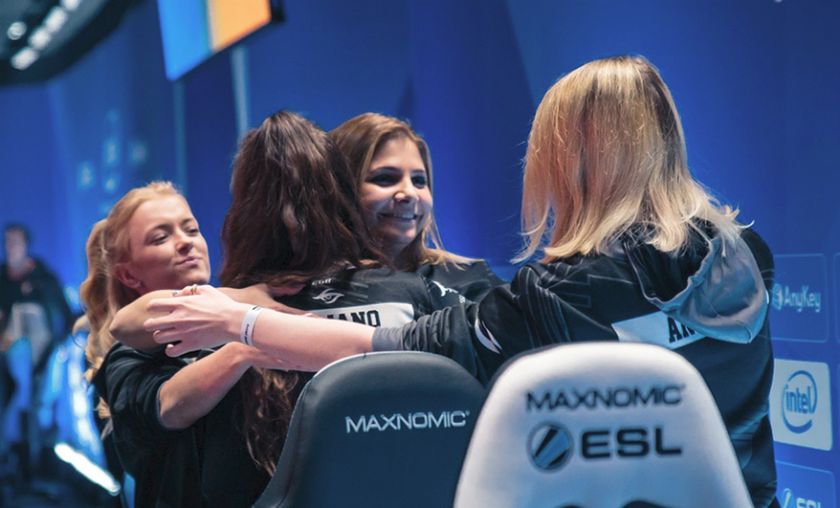 With all eyes on the Intel Extreme Masters XI: Katowice 2017 main event, CS:GO enthusiasts have neglected the tournament running parallel to the main event, Intel Challenge Katowice 2017, where we saw eight female teams butt heads for the lioness' share of a $30,000 prize pool. The format for the tournament saw a best-of-one, double-elimination group stage, followed by best-of-three playoffs.

Team Secret were able to secure their second consecutive Intel Challenge Katowice title, as they breezed through their group, followed by a strong peformance against the German roster of Team Expert in the semi-finals. In the grand final the team was able to keep it short and sweet, closing out the series in two maps against the recently signed Team Dignitas. Secret stood tall with a trophy in their hands, as well as $15,000 in their pocket.

Below you will find all participating teams, distributed into their respective groups:

The reigning champions of Intel Challenge Katowice struck again, securing comprehensive wins in both of their match-ups. Team Secret absolutely demolished EYESports on de_Mirage, sporting a 16:1 score line upon its conclusion. Following this performance they played against Vexed Gaming, where they were also able to make it a fast game, with their opponents unable to make it to double digits. The team secured a semi-finals placement after securing two consecutive victories in the group stage.

The recently signed Team Dignitas got off to a shaky start as they conceded their initial match-up to Vexed Gaming. The European mix seemed to demonstrate a stronger performance on the map, taking an initial lead, followed by a slow gain through back and forth rounds. Despite a poor performance at first, the North American mix went on to land a strong victory against EYESports, removing the Russians from the race for a spot in the semi-finals. A 16:8 victory meant the team still had a chance to make it, given they secured a win against Vexed Gaming, the very team that put them in this predicament in the first place. So they did, destroying their opponents on de_Cobblestone with an assertive 16:4 score. Team Dignitas secured their second victory of the tournament, locking in the second semi-final slot of group A.

Prominent female team CLG Red made quick work of their match-ups. The initial pairing was with Team expert, where the ladies in red showed a strong offense on de_Mirage, followed by a flawless defence. Round distribution for the map was 9:6, 7:0, indicating a comfortable win. Next on the hit list were Team LDLC on de_Cobblestone. The French were able to put up a little bit more fight that the previous opponents, securing a total of two more rounds, however they were unable to stop the powerhouse of CLG Red, who closed out their second match-up with a 16:8 score.

Despite falling to the favourites of the group, Team expert did not despair, as the team went head on against silhouette in their second match-up. The match didn't take long at all, as the German mix made quick work of the American roster. The first half saw an 11:4 score, followed by a 5:0 close out, wrapping up the match in twenty rounds. Silhouette are eliminated from the race due to two consecutive losses. The final match of the day would determine whether Team LDLC or Team expert would advance to the semi-finals of Intel Challenge Katowice 2017. The two teams met on de_Cobblestone, where the Germans grabbed a three round lead upon the conclusion of the initial half. Despite a close performance, LDLC simply weren't able to keep up due to the deficit accrued in the first half, allowing Team expert to run away with a 16:11 score, consequently landing a semi-final spot for the team.

An exciting best-of-three series that went to the full three maps. Initially, Team expert were able to secure quite a convincing victory against the title defenders, as the team showed a shaky defence on de_Cache, followed by a dominant offense, running a 10:1 round streak. Team Secret are not considered to be one of if not the best female team in the world for no reason, and despite losing the initial map, they mounted a comeback on de_Inferno. The German opponents seemed utterly lost on the terrorist side of the map, persistently shut down by the defence, leading to a 13:2 lead for the favourites.

An attempt was made by expert to step back in, however the door was slammed shut, as Team Secret secured the three rounds needed to push the series onto a third map. The initial half of the final map, de_Cobblestone, saw expert on the offense. The German roster showed a promising run, closing out the first fifteen rounds with a 9:6 lead. Despite the disadvantage, Team Secret show a stunning performance on the offense, as they crush the opponents 10:3 in the second half, closing out the series with two consecutive map victories.

The second semi-final of the tournament saw the first overtime over its entirety. The first map, de_Train, saw the two North American representatives go shoulder to shoulder. The initial half swayed towards CLG red, at a 9:6 score, however this score was reciprocated by Team Dignitas, cutting the second half at their own 9:6. The overtime that ensued saw quite a lop-sided outcome, as CLG Red grabbed four rounds to two, taking the first map of the series.

Next up was de_Cache, where we saw a very level initial performance from both teams. Dignitas managed to secure a single round lead by the end of the first half, followed by absolute domination in the second. CLG Red were able to claw but a single round to their name, meanwhile their opponents secured the victory with eight rounds of their own. It all came down to the final map, de_Cobblestone. Team Dignitas kicked off on the terrorist side of affairs, totally outshining their opponent. CLG Red were simply unable to cope with the offense, conceding a total of eleven rounds by halftime. The latter half saw a close performance, however that mean a defeat for CLG Red, as all the Dignitas girls needed was five rounds in their favour.

Team Secret keep the grand final short, starting with a swift de_Train victory. In the first half, the European mix dominated the defence, closing down the North American roster time after time. Unable to come up with results, Team Dignitas fall a whopping eleven rounds short at 2:13. Despite every attempt to get back into the series, Dignitas were able to secure but two rounds in the second half, with Secret grabbing three and closing out the map at 16:4. The situation was now or never for the North American representatives on de_Nuke. Nothing spectacular in terms of performance for the first half from either team, with an even 8:7 in slight favour of Dignitas. After switching sides it became apparent which side Secret preferred, smashing nine rounds to four in the latter half. Team Secret close out de_Nuke at 16:12 and consequently the series at 2:0, lifting the Champions' trophy.

DId you expect Team Secret to secure the title? 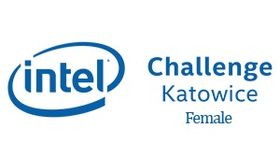 Intel Challenge Katowi...
2 Mar 2017 US$30,000
This website uses cookies to ensure that you get the best experience Read more