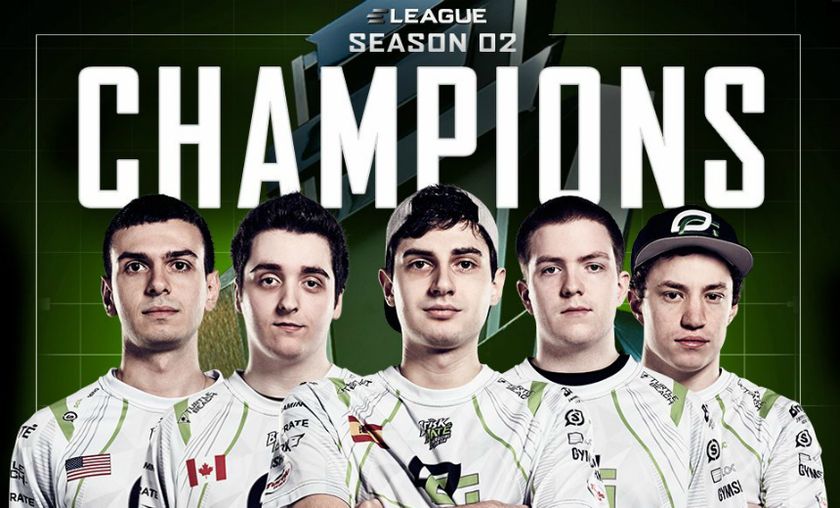 OpTic Gaming are crowned Champions of ELEAGUE Season 2 after securing a 2-1 victory against Astralis.

With the two top teams left in the race, the time was nigh to decide the finest of the original sixteen. OpTic Gaming had a fantastic run, winning over some of the top teams such as Fnatic, mousesports and FaZe Clan. It was apparent that they had prepared for the tournament and it would be no mean feat defeating them. On the other had we saw a fired up Astralis, that managed to best major title holders SK Gaming, twice - once in the group stage and the second in the semi-finals. The match was sure to be close; however OpTic seemed to be quite comfortable in their victory.

As per usual, below you will find a brief recap of all three maps of the series:

The first map of the Grand final was de_Train, where OpTic got off to a shaky start. Thing were definitely not going to plan and Astralis exploited this situation. The Danes commence on the T side of the map, where the successfully run away with a massive lead. The defence from OpTic was full of holes that were consequently breached, bringing the team down. Astralis close out the first half with a dominant 11:4 performance. On the second half the Danes are working with very little pressure due to how the initial half went, playing a reactive game against the opponent. Both teams managed to secure 5 rounds, just enough to push the series into map two, favouring Astralis.

Next up was de_Cobblestone, where OpTic absolutely dominated their opponents. Having started on the T side, the North American mix quite literally stormed the B side over and over again, with Astralis seldom able to react appropriately. The entry frags and exchanges were flawless on the T side, amassing the team an 11:4 lead prior to transferring onto the CT side. Astralis were in quite the predicament at this point, as the team was demoralised after losing so many consecutive rounds. The domination continued, as OpTic performed a spectacular defence, landing the team a 5:2 finish on the second half, subsequently a 16:4 score at the end of the map.

Map three would decide it all. An incredible $400,000 was on the line and both teams knew it. OpTic initiate on the T side of the map, where they play a rather tame game. Neither team was able to accelerate ahead of each other, leading to a slight lead for the NA mix at 8:7. On the CT side however, OpTic were set on taking away the crown. The team assumed an impenetrable green wall, knocking back advances from the Danes. Such a performance was seen throughout, leading the team to a 16:11 victory and the Champions' title.

Following are the standings for all sixteen teams that participated at the LAN Finals of ELEAGUE Season 2:

Did you expect OpTic Gaming to take away the series?